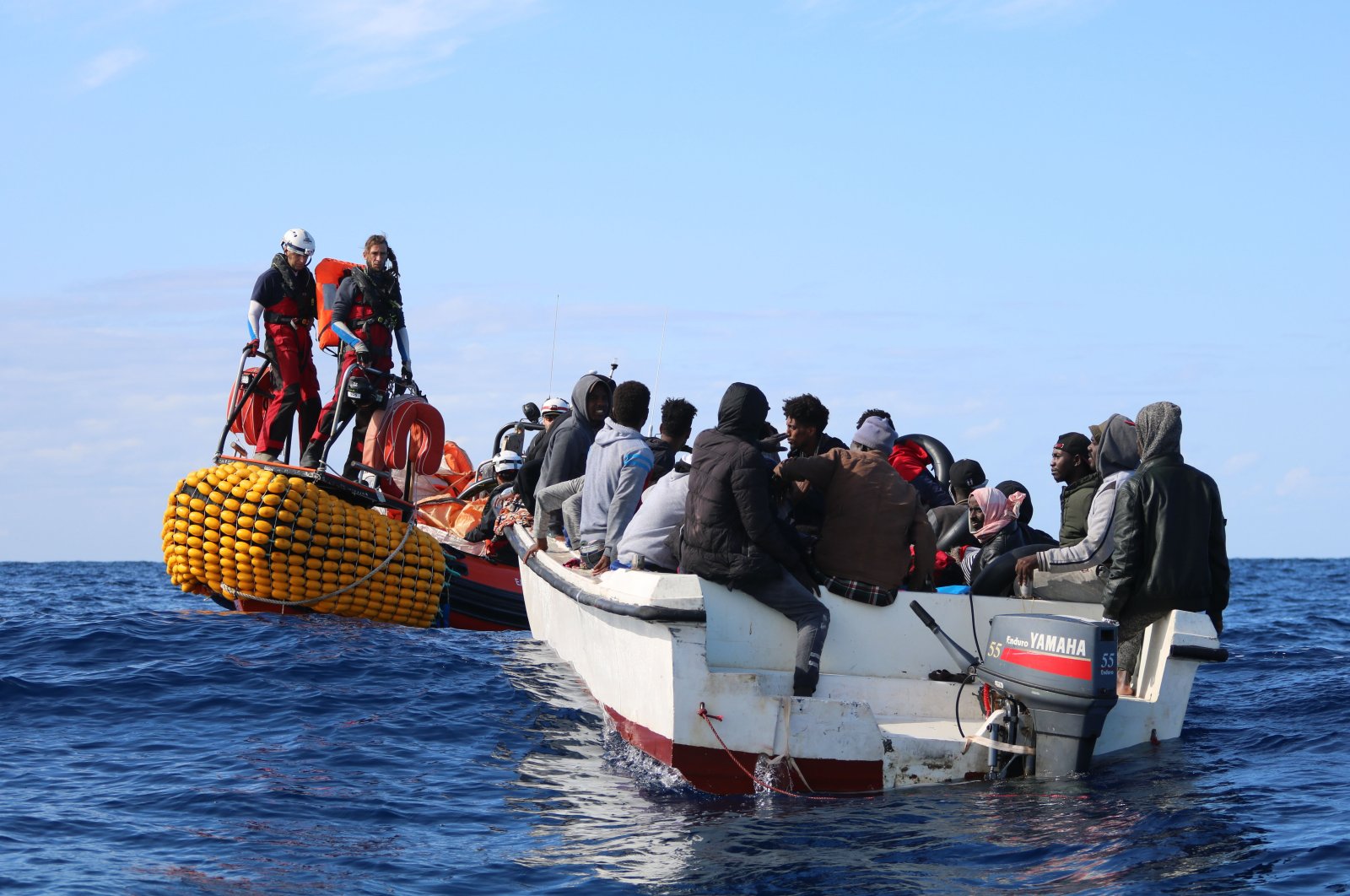 SOS Mediterranee team members from the humanitarian ship Ocean Viking approach a boat in distress with 30 people on board in the Mediterranean waters off Libya, Nov. 20, 2019. (AP Photo)
by Agencies Sep 25, 2020 5:11 pm
RECOMMENDED

The International Organization for Migration (IOM) said Friday the bodies of three migrants whose boat sunk off of Libya were recovered from the Mediterranean but at least 13 others were missing.

Libyan fishermen spotted the sinking boat late Thursday, said the IOM, and managed to pull 22 people from the water, including those from Egypt, Bangladesh, Syria, Somalia and Ghana.

Three dead bodies were found floating in the water, including one Syrian man and woman.

"At least 13 lives are lost at sea and three bodies retrieved after a tragic shipwreck occurred off the coast of #Libya last night," the IOM said on its Twitter account.

Libya has become a key route for irregular migration to Europe in the chaotic years since the 2011 overthrow and killing of dictator Moammar Gadhafi in a NATO-backed uprising. The county has since split between rival eastern- and western-based administrations, each backed by armed groups and foreign governments.

The boat had set off from the town of Zliten, east of the Libyan capital of Tripoli, late on Wednesday. The Libyan Coast Guard said that it had ordered the rescue, and warned the death toll could rise further as search teams scoured the area for more victims.

Those who survived Friday’s disaster were taken to the Tripoli port, where they received medical care for their burns, a common consequence of leaked engine fuel mixing with saltwater, said Safa Msehli, an IOM spokeswoman.

The IOM report comes a day after Amnesty International urged the European Union to reconsider cooperation with Libya over "horrific abuses" of refugees and migrants in the North African country.

The EU has backed a controversial agreement for Italy to finance and train the Libyan Coast Guard to prevent crossings.

More than 100,000 migrants tried to cross the Mediterranean last year with more than 1,200 dying in the attempt, according to the IOM.

On Sunday, Libya's Red Crescent retrieved the bodies of 22 migrants off the western coastal town of Zwara.

More than 300 migrants and refugees have perished so far this year off Libya's coast, according to the IOM and the United Nations High Commissioner for Refugees (UNHCR).