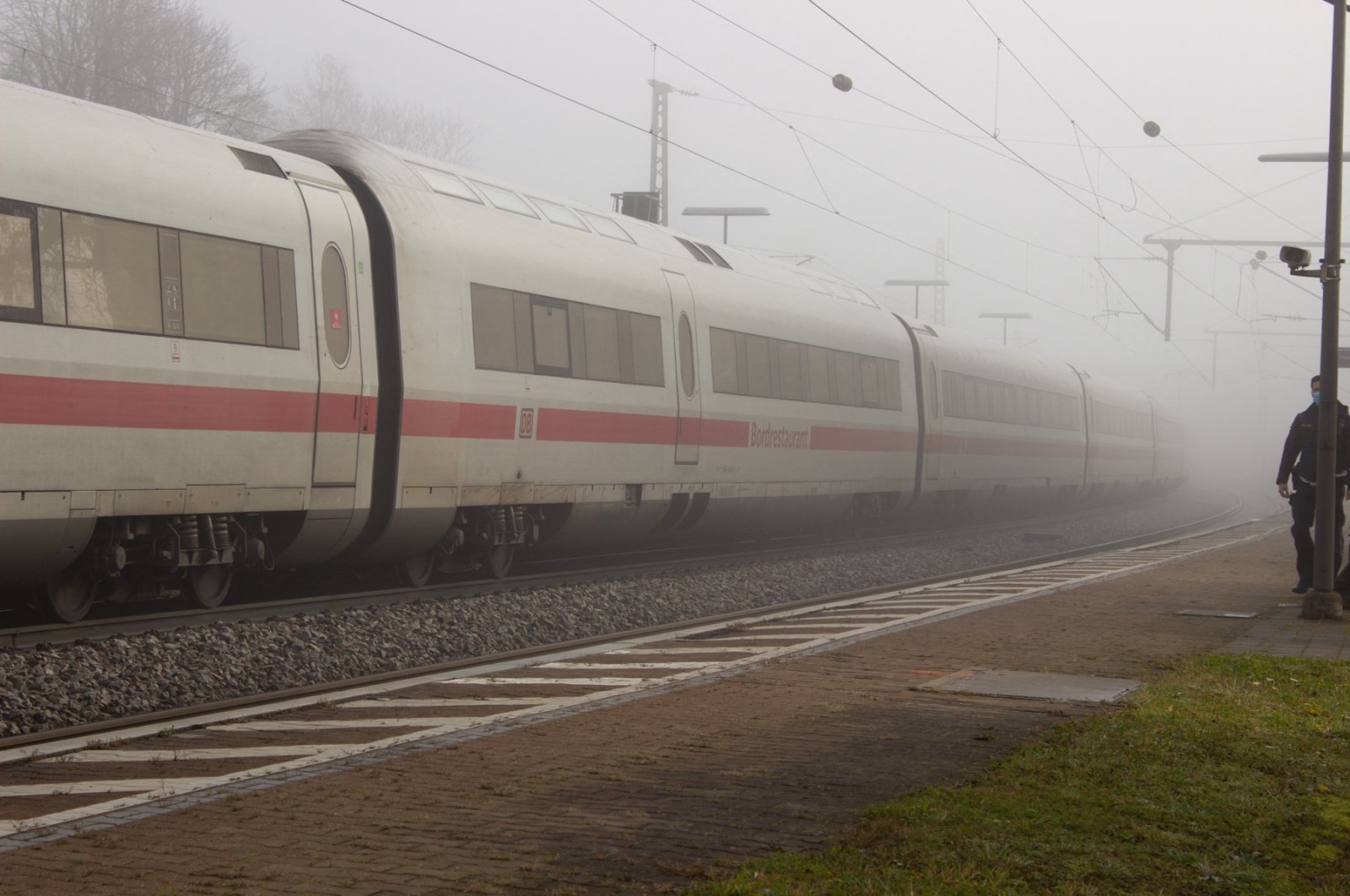 An ICE high-speed train is seen at the train station of Seubersdorf, southern Germany, on Nov. 6, 2021, after several people were wounded in a knife attack on the train. (Photo by dpa / AFP)
by ASSOCIATED PRESS Nov 06, 2021 1:43 pm

At least three people were injured in a knife attack on a high-speed train in Germany, local media reported.

Local police told broadcaster Bayerischer Rundfunk that they received a call about the attack around 9 a.m. local time on Saturday.

The train in question, one of Germany’s high-speed ICE trains, was traveling between the Bavarian cities of Regensburg and Nuremberg at the time of the attack.

One person has been arrested and multiple people are injured, police said. So far, there is no information about the attacker or possible motives.

"According to preliminary information, several people were injured," police in Neumarkt in der Oberpfalz said in a statement, assuring that "there is now no more danger."

A spokesperson for the German railway network confirmed that the station in Seubersdorf, where the train is currently stopped, has been closed since approximately 9 a.m. and that train travel between Regensburg and Nuremberg has been suspended.