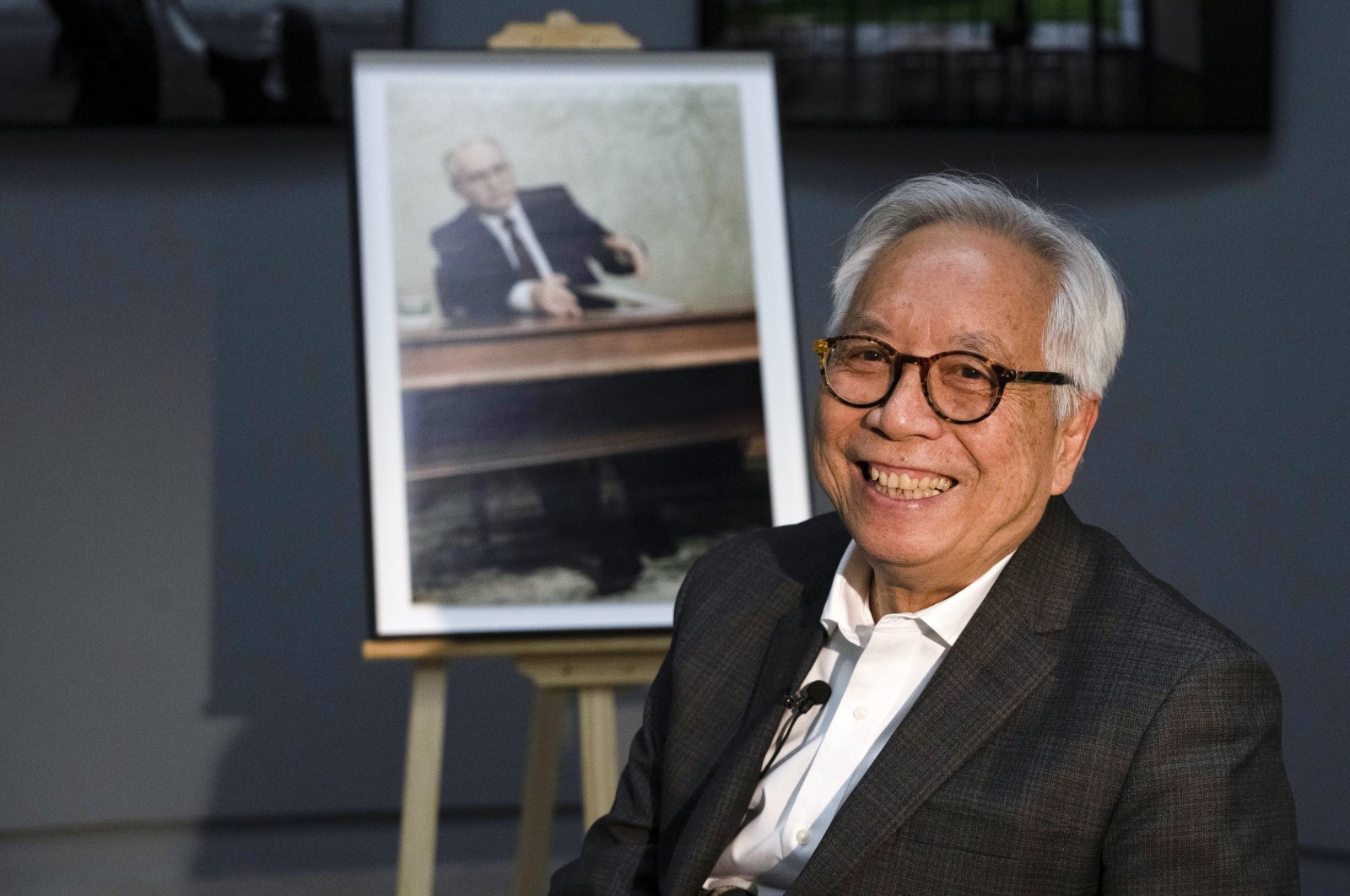 The AP Moscow photo chief, Liu Heung Shing, who was the only foreign photographer who captured Soviet President Mikhail Gorbachev's resignation on Dec. 25, 1991, which marked the end of the USSR, gestures during an interview with the Associated Press at the Shanghai Center of Photography in Shanghai, China, Dec. 16, 2021. (AP Photo)
by ASSOCIATED PRESS Dec 25, 2021 11:59 am
RECOMMENDED

The rustling of pages as Mikhail Gorbachev closed the folder containing his resignation speech 30 years ago can almost be heard in the iconic photograph captured by the Associated Press' (AP) Moscow photo chief at the time, Liu Heung Shing,

It was a landmark event that ended an era: Soviet President Mikhail Gorbachev's resignation 30 years ago finalized the USSR’s demise, and Liu was the only foreign photographer who captured the pivotal moment on Dec. 25, 1991.

It was clear at that point that Gorbachev was unable to reverse the country’s de-facto breakup, and when Liu got a call on Dec. 24 inviting him to the Kremlin he realized that the terminal moment had come.

Next evening, Liu entered the Kremlin with a crew led by CNN President Tom Johnson to attend Gorbachev's live televised address to the nation.

“I had covered China earlier in post-Mao times, and I know how much China was influenced by the Russian revolution of 1917 and how after World War II the whole of Europe and America soon fell into the Cold War,” said Liu, who left the AP in 1995 and became the founder and director of the Shanghai Center of Photography. “So I said to myself: ‘You know, this is a big deal in terms of history.’”

When he took his position under a TV camera tripod, a KGB guard sternly warned him not to take any pictures during Gorbachev’s speech so that the click of his camera’s shutter wouldn’t ruin the live broadcast.

Liu pondered how to best capture the watershed moment and quickly decided that an image of Gorbachev putting down his speech in the end would best convey the mood. He decided not to use flash that would make the picture look like a routine press conference-style shot, and opted for a slow shutter speed to capture sheets of paper moving and reflect the fleeting moment.

“The most important consideration was I want to make sure that you still see the paper moving,” Liu said, adding that he thought it would best reflect “the passing of the moment of history.”

Once Gorbachev ended his speech and closed the folder containing it, Liu pressed the button and “as soon as I took that one picture the KGB guard standing on my left behind the camera ... punched me through the tripod,” Liu recalled. “But it didn’t hurt really bad.”

Eager to quickly process the film and send the picture to AP clients, he sprinted down a giant red-carpeted Kremlin staircase.

“I heard them all screaming four-letter words to me and sticking middle fingers up in the air, but I just kept running,” he said. “I went straight to my car and I saw the Soviet Union’s flag coming down and the Russian flag, the Russian Federation flag, went up and I was driving madly to go back to the bureau.”

In that pre-digital age Liu would only know whether his image was sharp after processing the film, and he feared that the slow shutter speed might have left Gorbachev blurred: “It would have been my lifetime failure.”

“So I went back and processed the film,” he recalled. “What a sigh of relief, you know. Mr. Gorbachev was sharp, the paper was moving, and that’s the picture.”

And then, Liu said, it made the “front page of practically all papers next day around the world — end of the Soviet Union."