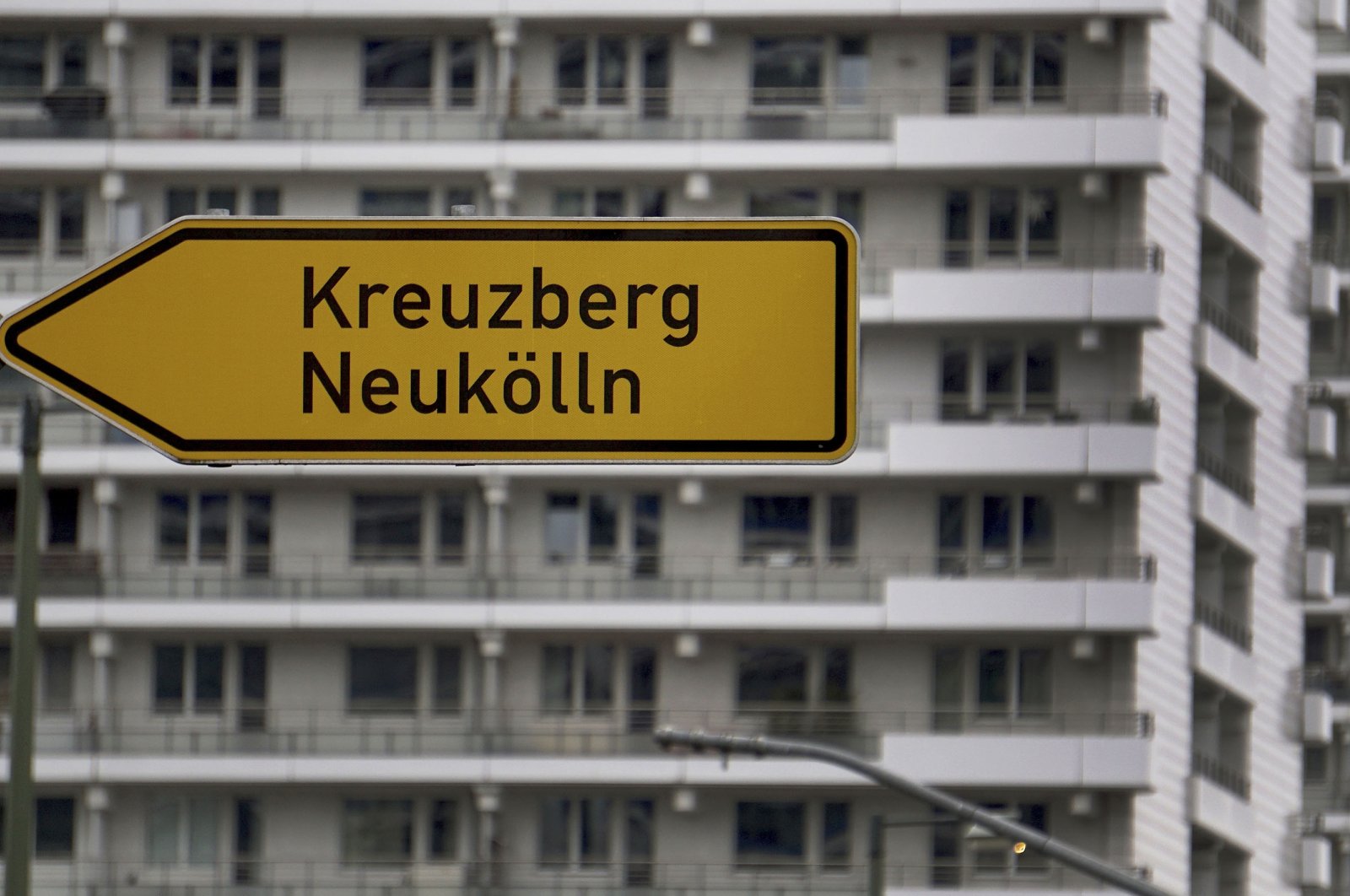 A traffic sign pointing to the Berlin districts of Neukolln and Kreuzberg in front of apartment buildings at the Leipziger Strasse between the Potsdamer Platz (Potsdam Square) and the Alexander Platz (Alexander Square) in Berlin, Germany, Jan. 30, 2020. (AP Photo)
by German Press Agency - DPA Dec 26, 2020 9:01 am

Armed police officers were searching the area, located near the headquarters of Germany's Social Democratic Party (SPD), on foot and by helicopter.

Three of those injured were found in a driveway, the fourth was pulled from a canal in the area and had apparently suffered a leg injury. Police cordoned off the surrounding area. Officers were also searching the environs of the Mockernbrucke underground station in the area.

Police had no information on who was behind the violence or who might have fired the shots. They refused to disclose further information so as not to hamper the ongoing police action.

Berlin sees its fair share of disputes – some of them violent – between different groups or criminal family clans. Most recently there was an attack by about 10 men on a ground floor flat and a car in Kreuzberg after a 29-year-old was shot.