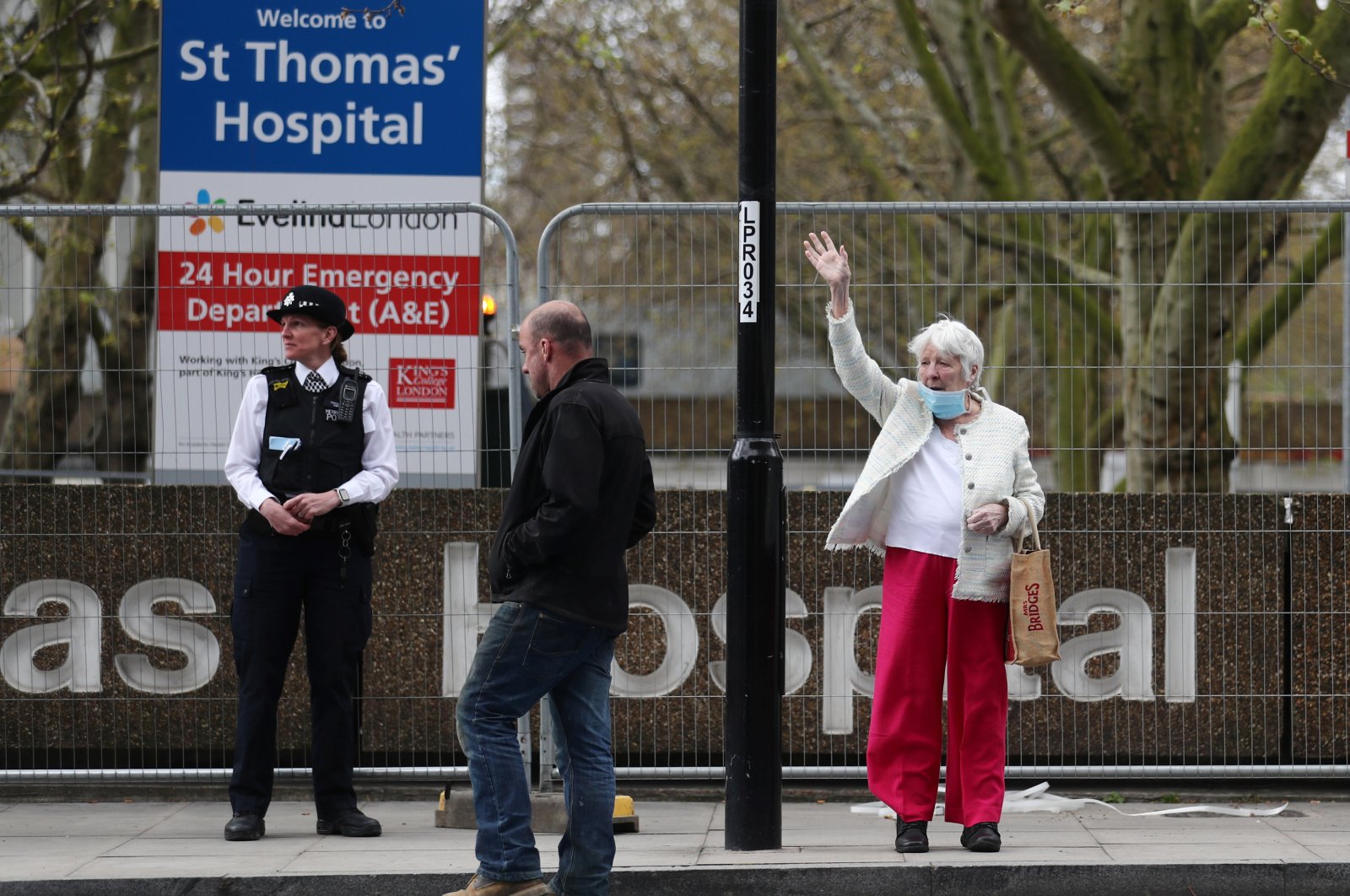 The daily number of deaths due to COVID-19 in the U.K. was confirmed at 439 on Monday, bringing the total death toll in the country to 5,373.

British Prime Minister Boris Johnson was in "good spirits" and remained in charge of the government despite his admission to the hospital for tests after suffering "persistent symptoms" of the disease caused by the novel coronavirus 10 days after being diagnosed, officials said.

Johnson announced on March 27 that he had tested positive for COVID-19, becoming the most high-profile world leader to be infected with the disease that has spread rapidly across the globe.

The 55-year-old had been self-isolating in his Downing Street flat but on Sunday evening, still suffering a high temperature and a cough, he was driven to a nearby state-run hospital on the advice of his doctor.

Officials said it was a "precautionary step" but it has raised questions about how ill the Conservative leader really is – and if he can still run the country.