45% of Germans refuse to get COVID-19 vaccine even if available, study finds 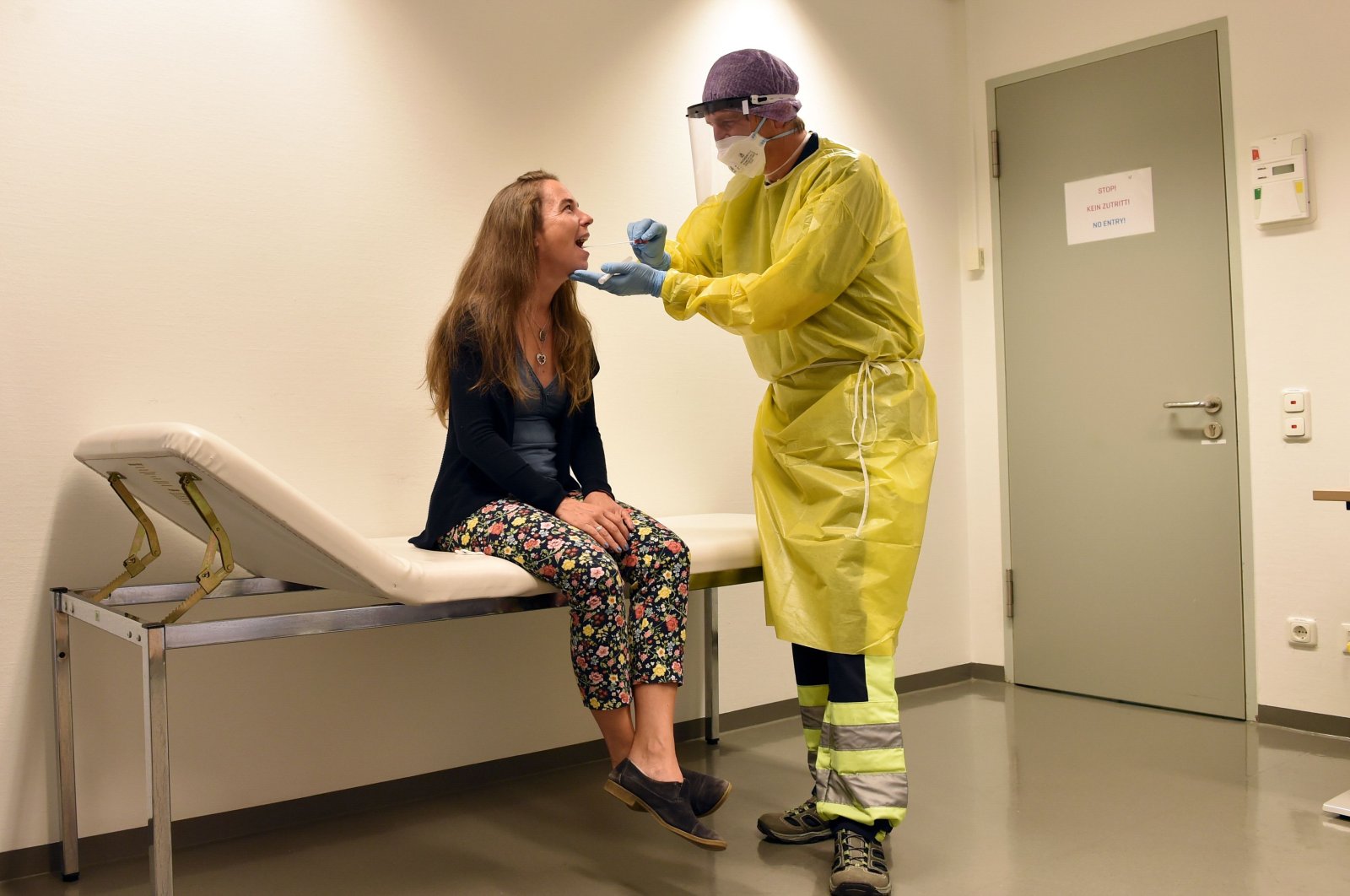 Patient Heike Abicht poses for a photo of a testing situation in a corona screening station in the medical center of the Franz-Josef-Strauss airport in Munich, southern Germany, amid the novel coronavirus COVID-19 pandemic, July 10, 2020. (AFP Photo)
by German Press Agency - DPA Jul 24, 2020 4:41 pm

45% of Germans refuse to get COVID-19 vaccine even if available, study finds

Hopes are high that a coronavirus vaccine will at some point be available to the broader population – or are they?

A study conducted by the University of Heidelberg found a surprisingly high level of skepticism toward a vaccine in the German population, with just 55% of respondents saying they would get the jab if available.

Researchers interviewed 1,350 people between June 30 and July 7 and found that the more susceptible they were to conspiracy theories, the more reluctant they were to get vaccinated or use the government's mobile tracking app for infections.

In addition, those who tended to believe conspiracy theories also tended to be unsatisfied with the government's handling of the pandemic.

A third of those polled said they had already downloaded the app, but 45% said they were either unlikely to do so or definitely would not.

According to co-author and psychology professor Peter Kirsch, opponents of the measures put in place to limit infections have a low level of trust in their fellow human beings. The same also applies to trust in public broadcasters and print media.

However, the survey found that 80% of people claim to have always or mostly followed the rules.

Limits to freedom were also largely accepted, with roughly 45% of respondents saying that they were completely justified and another quarter saying they found the restrictions necessary.

One in five people said the restrictions – now largely eased or lifted – were not appropriate.

The German government scored well on its crisis response, which two-thirds were supportive of. Around 37% of participants went as far as to say they were very satisfied with it.

Less than a quarter of people were quite unsatisfied or very unsatisfied with the government response.