5 dead after car rams into pedestrians in Germany's Trier 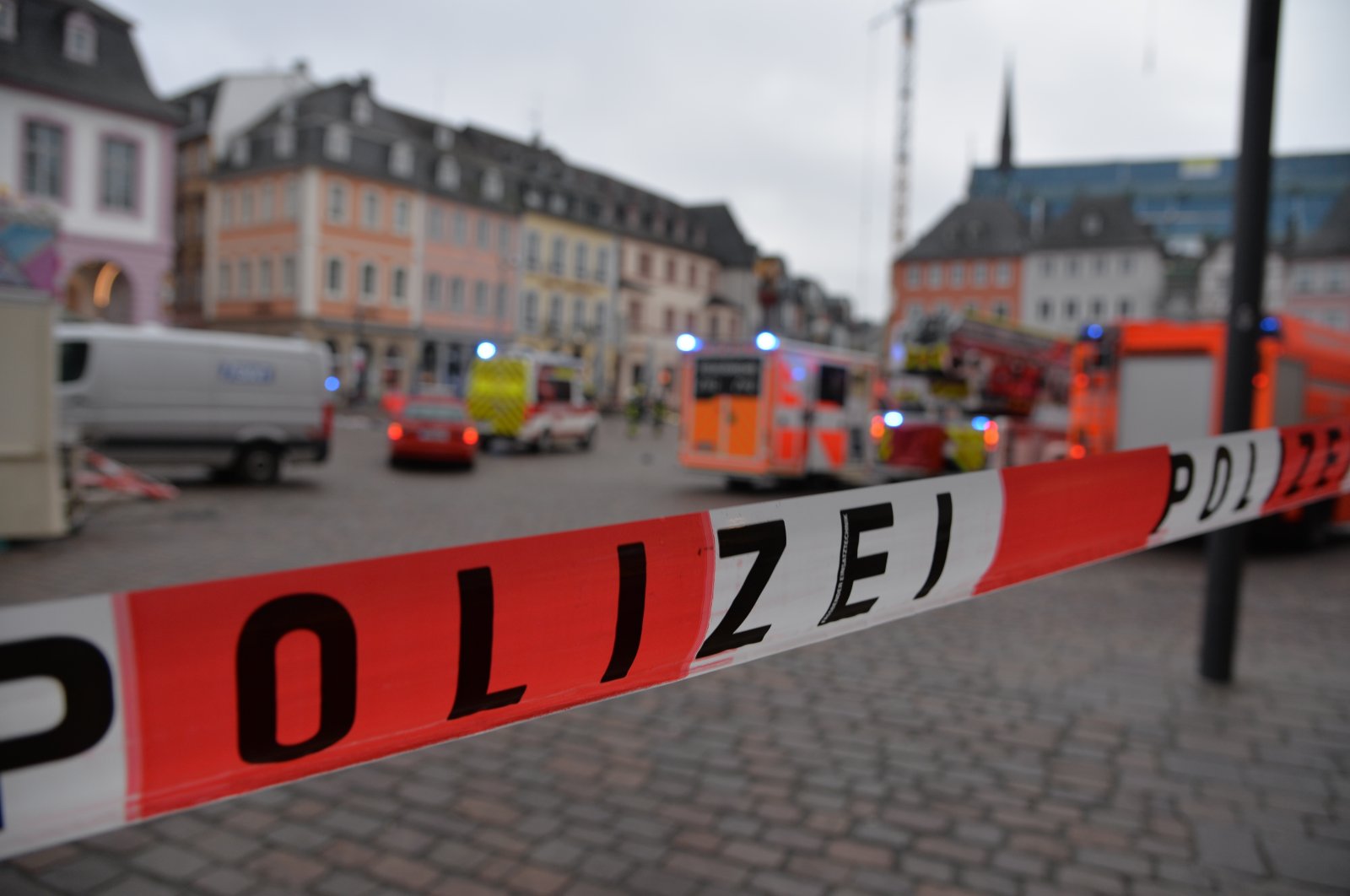 At least five people, including a baby, were killed and several injured when a car drove into a pedestrian zone in the southwestern German city of Trier on Tuesday, police said, adding that the driver had been arrested.

The public prosecutor, Peter Fritzen, said late Tuesday that the driver, a 51-year-old Trier native, appeared to be suffering from "psychiatric problems" and had been under the influence of alcohol during the incident, in which 14 other people were hurt.

Police said they had "no indications of a political motive" after questioning the suspect and Fritzen said prosecutors were considering requesting he be placed in psychiatric care.

At the same press conference, Trier mayor Wolfram Leibe said those killed when the man drove his SUV into the shoppers included a nine-month-old and a 73-year-old woman.

"I think this is Trier's darkest day since World War II," he said.

Also killed were a 25-year-old woman and a 45-year-old man. Police have not yet released details on the fifth victim.

Footage from the scene broadcast on NTV showed several police vans and other emergency vehicles parked on a wide shopping street in Trier, a large section of which appeared to have been cleared. Leibe said the driver appeared to have gone "on a rampage."

Malu Dreyer, premier of the state of Rhineland-Palatinate where Trier is located, said she was shocked that a baby was among those killed by the driver's "brutal act."

"This is a terrible day," she told reporters, adding that her thoughts and prayers were with the child's parents and all the other victims.

Witnesses had earlier described seeing people, including a young child in a stroller, being flung into the air as the car struck them.

German Chancellor Angela Merkel's spokesman Steffen Seibert on Twitter called the events in Trier "shocking." He said the country's thoughts were with the "relatives of the deceased, the many injured and with all those who are helping to care for those affected."

Early footage from the scene showed stunned shoppers huddling outside stores festooned with Christmas decorations as sirens blared in the distance.

According to the Agence France-Press (AFP), debris from stalls and outdoor displays was strewn along a wide cobbled street. Picturesque Trier, near the border with Luxembourg, traces its history back to the Roman Empire and is often called Germany's oldest city.

Although Germany is grappling with a second coronavirus wave that has forced restaurants, bars, sports and cultural centres to close, retailers have been allowed to stay open and many people were out Christmas shopping.

"It's lucky that the Christmas market has been cancelled because of corona, or it could have been much worse," witness Frederic Fries told Welt TV.