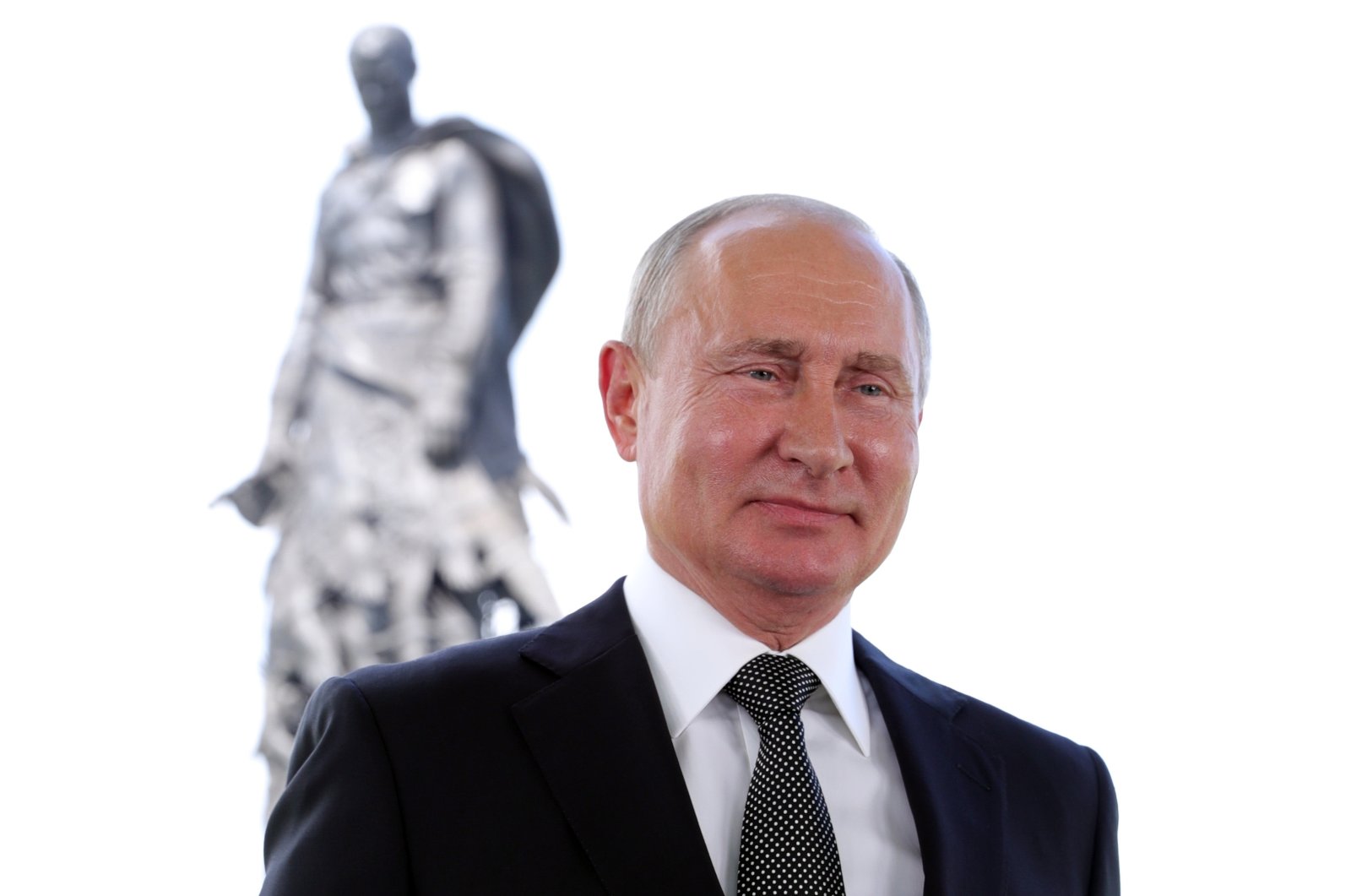 President Vladimir Putin appears in a televised address to the nation in Khoroshevo, the Tver region, with a monument to World War II Red Army soldiers seen in the background, Russia, Tuesday, June 30, 2020. (Kremlin Pool Photo via AP)
by ASSOCIATED PRESS Jul 02, 2020 10:38 am
RECOMMENDED

Almost 78% of voters in Russia have approved amendments to the country's constitution that will allow President Vladimir Putin to stay in power until 2036, Russian election officials said Thursday after all the votes were counted. Kremlin critics said the vote was rigged.

In the week-long balloting that concluded on Wednesday, 77.9% voted for the changes, and 21.3% voted against, with 100% of the precincts counted by Thursday morning, Russia's Central Election Commission said. The turnout exceeded 64%, according to officials.

The reported numbers reflect the highest level of voter support for Putin in ten years. In the 2018 presidential election, 76.7% of voters supported his candidacy, while in the 2012 election only 63.6% did.

But Kremlin critics say the numbers alone show they are false, with an unrealistic approval rating for the Russian leader amid wide frustration in the country over declining living standards.

“A record in falsifying votes has been set in Russia,” opposition politician Alexei Navalny said in a Facebook post on Thursday. “The announced result has nothing whatsoever to do with the people's opinion.”

Putin's approval rating was at 59% in May, according to the Levada Center, Russia’s top independent pollster. That was the lowest in two decades.

The week-long plebiscite was tarnished by widespread reports of pressure on voters and other irregularities, with independent election observers criticizing the voting procedure as having a complete lack of transparency and independent control.

For the first time in Russia, polls were kept open for an entire week to bolster turnout and avoid election-day crowds amid the coronavirus pandemic — a provision that Kremlin critics denounced as an extra tool to manipulate the outcome, as ballot boxes remained unattended for days at night.

Observers also pointed to the relentless pressure that state and private employers put on their staff to vote, monitoring that was hindered by bureaucratic hurdles and virus-related restrictions, and the dubious legal standing of the early voting.