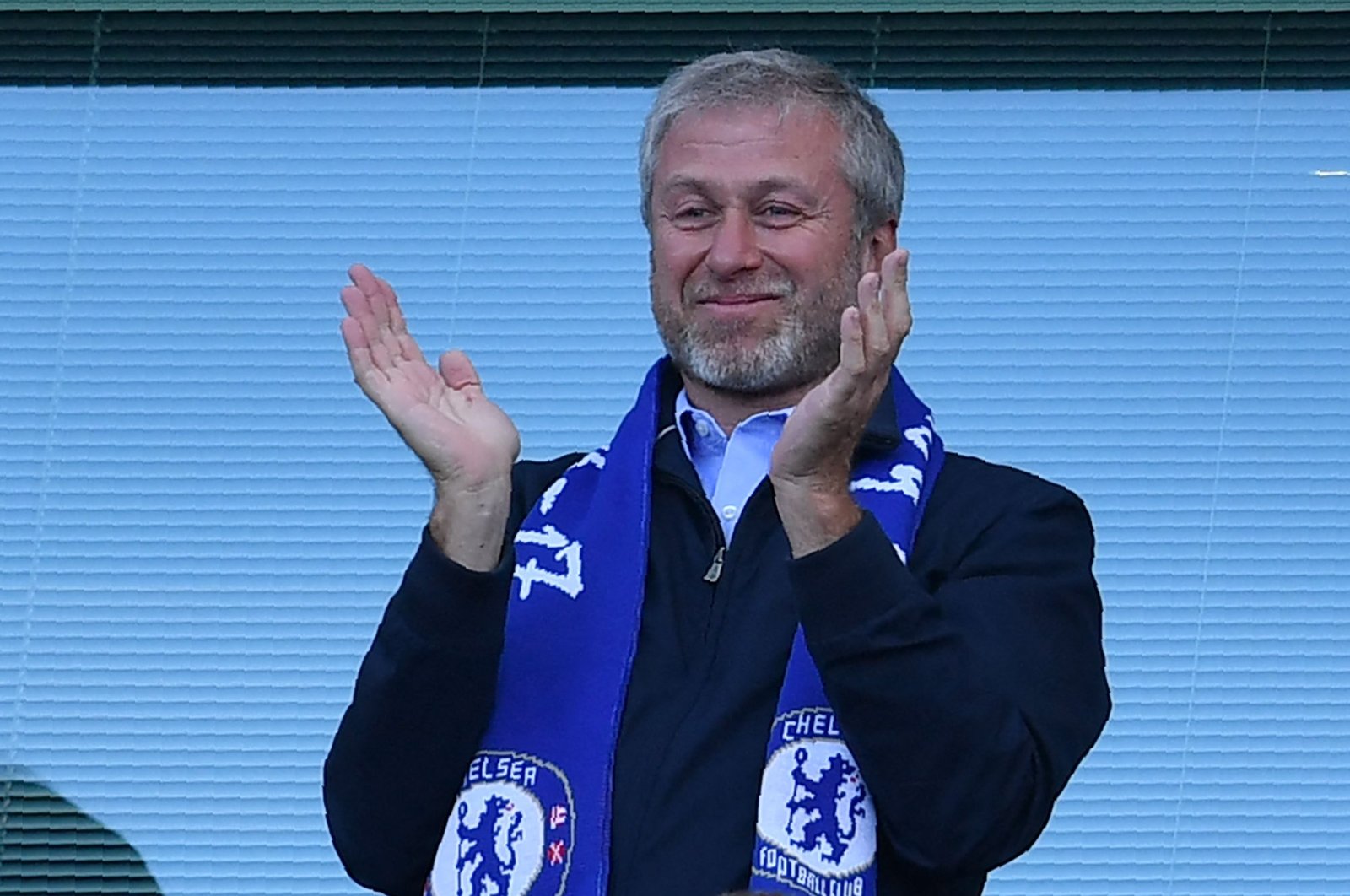 Chelsea's Russian owner Roman Abramovich applauds, as players celebrate their league title win at the end of the Premier League football match between Chelsea and Sunderland at Stamford Bridge in London, May 21, 2017. (AFP Photo)
by REUTERS Jul 28, 2021 2:59 pm
RECOMMENDED

Billionaire Roman Abramovich is not Russian President Vladimir Putin's "cashier" and did not become the owner of Premier League club Chelsea to expand Moscow's influence, his lawyer told the High Court of England and Wales in a defamation hearing over a book about Putin's Russia.

In the 2020 book, British journalist Catherine Belton chronicles Putin's rise to power, and how many of his associates from the former Soviet spy services rose to positions of wealth and influence after he won the top Kremlin job in 1999.

A lawyer for Abramovich told the court that passages in the book "Putin's People: How the KGB Took Back Russia and then Took on the West," published by HarperCollins, were clearly defamatory. Abramovich is suing both HarperCollins and Belton.

"The claimant is described in the book as Putin's cashier and the custodian of Kremlin slush funds," Hugh Tomlinson, a lawyer for Chelsea FC owner Roman Abramovich, told the High Court about the book.

"What is said to be happening is that Mr. Abramovich is making his wealth available to Putin ... secretly to Putin and his cronies – that is the view the reasonable and ordinary reader would take," Tomlinson said of Belton's book.

HarperCollins has said it would "robustly defend this acclaimed and ground-breaking book and the right to report on matters of considerable public interest."

Tomlinson said Belton's book relied on what he cast as "unreliable" sources such as Sergei Pugachev, a Russian businessman who later fell foul of the Kremlin.

He said the book alleged that Putin ordered Abramovich to purchase Chelsea soccer club as "part of a scheme to corrupt the West" and "build a bulkhead of Russian influence."

"The ordinary and reasonable reader would inevitably come out with the view that Roman Abramovich was instructed to buy Chelsea ... so he was being used as the acceptable face of a corrupt and dangerous regime," Tominlinson said.