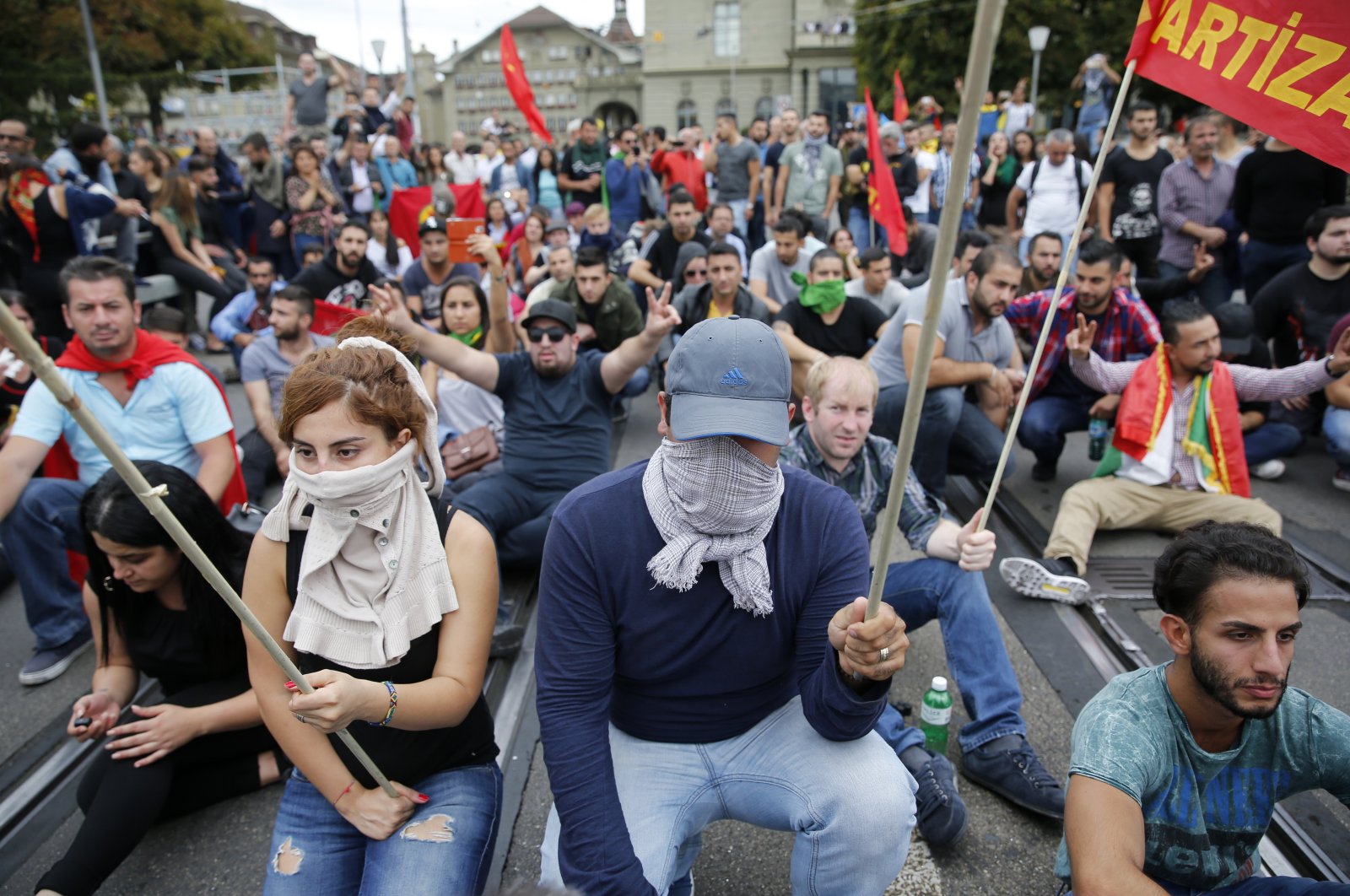 At a time when seemingly everyone in Europe is wearing masks to battle COVID-19, the Swiss go to the polls Sunday to vote on a long-laid proposal to ban face-coverings, both the niqabs and burqas worn by a few Muslim women in the country and the ski masks and bandannas used by protesters.

The issue strikes at the intersection of religious freedom, security, the economy and women’s rights. Critics say the proposal "Yes to a ban on covering the face” is an ironic throwback to a time not long ago when violent extremism was a greater concern than a global pandemic, and say it would unfairly stigmatize Muslims who wear full face-covering burqas or niqabs, which have open slits for the eyes, in Switzerland.

Proponents, including populist, right-wing movements behind the idea, say it’s needed to combat what they consider a sign of the oppression of women and to uphold a basic principle that faces should be shown in a free society like that of the rich Alpine democracy.

The issue is one of three measures on national ballots in the vote culminating Sunday – most voters in Switzerland cast ballots by mail – as part of the latest installment of regular Swiss referendums that give voters a direct say in policymaking.

Other proposals would create an "e-ID” to improve the security of online transactions – an idea that has run afoul of privacy advocates – and a free-trade deal with Indonesia, which is opposed by environmentalists who have concerns about palm oil plantations on the archipelago in the Indian and Pacific Oceans.

The face-covering measure has come to be known colloquially as the "burqa ban." It would put Switzerland in line with countries like Belgium and France that have already enacted similar measures.

Two Swiss regions also already have such bans. One campaign poster presented by the Swiss People’s Party – a populist, right-wing party that is the leading faction in parliament and has strongly backed the measure – features a caricatured image of the scowling eyes of a woman in a niqab above the words: "Stop Islamic Radicalism.”

A coalition of left-leaning parties has put up signs that read: "Absurd. Useless. Islamophobic.” Support appears to have been eroding, but the vote is expected to be tight. An initial poll for the public Swiss Broadcasting Corporation (SSR) by the gfs.bern agency in January found more than half of voters backed the proposal, but a second poll published on Feb. 24 showed the figures had dipped to under half. Some remain undecided.

The Swiss government opposes the measure, arguing that it could crimp economic development: Most Muslim women who wear such veils in Switzerland are visitors from well-heeled Persian Gulf states, who are often drawn to bucolic Swiss lakeside cities. The justice minister insists existing laws work just fine. The measure would make it punishable by fines to cover the face in public in places like restaurants, sports stadiums, public transport or simply walking in the street – though exceptions are made for religious, security and health reasons, as well as for the Swiss traditional Carnival celebrations.

A counter-proposal would require people to show their faces if requested to do so by authorities. It’s another indication of how Switzerland is grappling with security issues and cultures and people from abroad. In the past, Swiss voters have approved a ban on the construction of minarets in the Alpine country whose flag carries the cross.

Andreas Tunger-Zanetti, a researcher who heads the Center for Religious Studies at the University of Lucerne, estimates at most a few dozen Muslim women wear full-face coverings in the country of 8.5 million people and says the issue is really about Switzerland's take on religion and ability to "cope with diversity.”