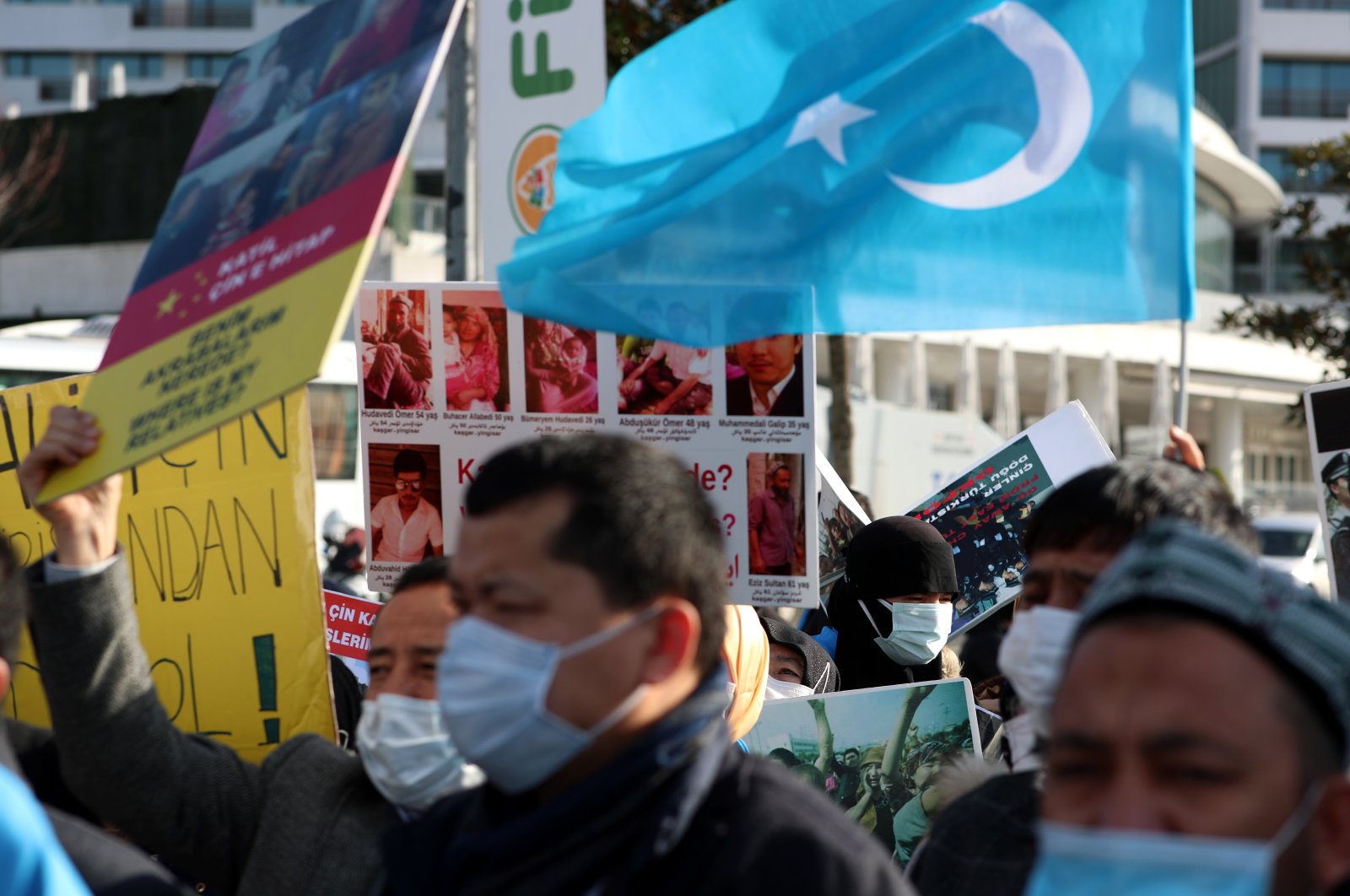 Uyghur protestors who have not heard from their families living in Xinjiang hold placards and Uyghur flags during a protest against China, near the Chinese consulate-general in Istanbul, Turkey, Feb. 9, 2021 (EPA Photo)
by Anadolu Agency Feb 24, 2021 8:33 pm

Holocaust survivors have urged the U.K. to denounce the Uyghur "genocide" by the Chinese Communist Party (CCP) government in the Xinjiang Uyghur Autonomous Region.

Survivors Ruth Barnett and Dorit Oliver Wolff sent a letter Tuesday to British Prime Minister Boris Johnson, inviting him to a meeting to discuss China's treatment of the Uyghurs ahead of a vote in the House of Commons on a "genocide amendment."

Barnet and Wolff said they know the "trauma of genocide" as survivors of the holocaust.

"We are deeply concerned that the U.K. is not doing enough whilst the genocide against the Uyghurs worsens," they wrote. "Any considerable person cannot ignore that the Uyghurs in Xinjiang and other groups are facing genocide. We are watching on as one of the most egregious crimes is unfolding before our eyes."

Survivors criticized the U.K. government for not doing enough to "prevent and punish genocide."

"Trade is not worth the price of people. We simply cannot stand by when others remain silent," they wrote, urging Johnson to meet to discuss the issue.

Recently, Canada also raised its voice regarding human rights abuses in Xinjiang, recognizing the Chinese treatment of Uyghurs as "genocide."