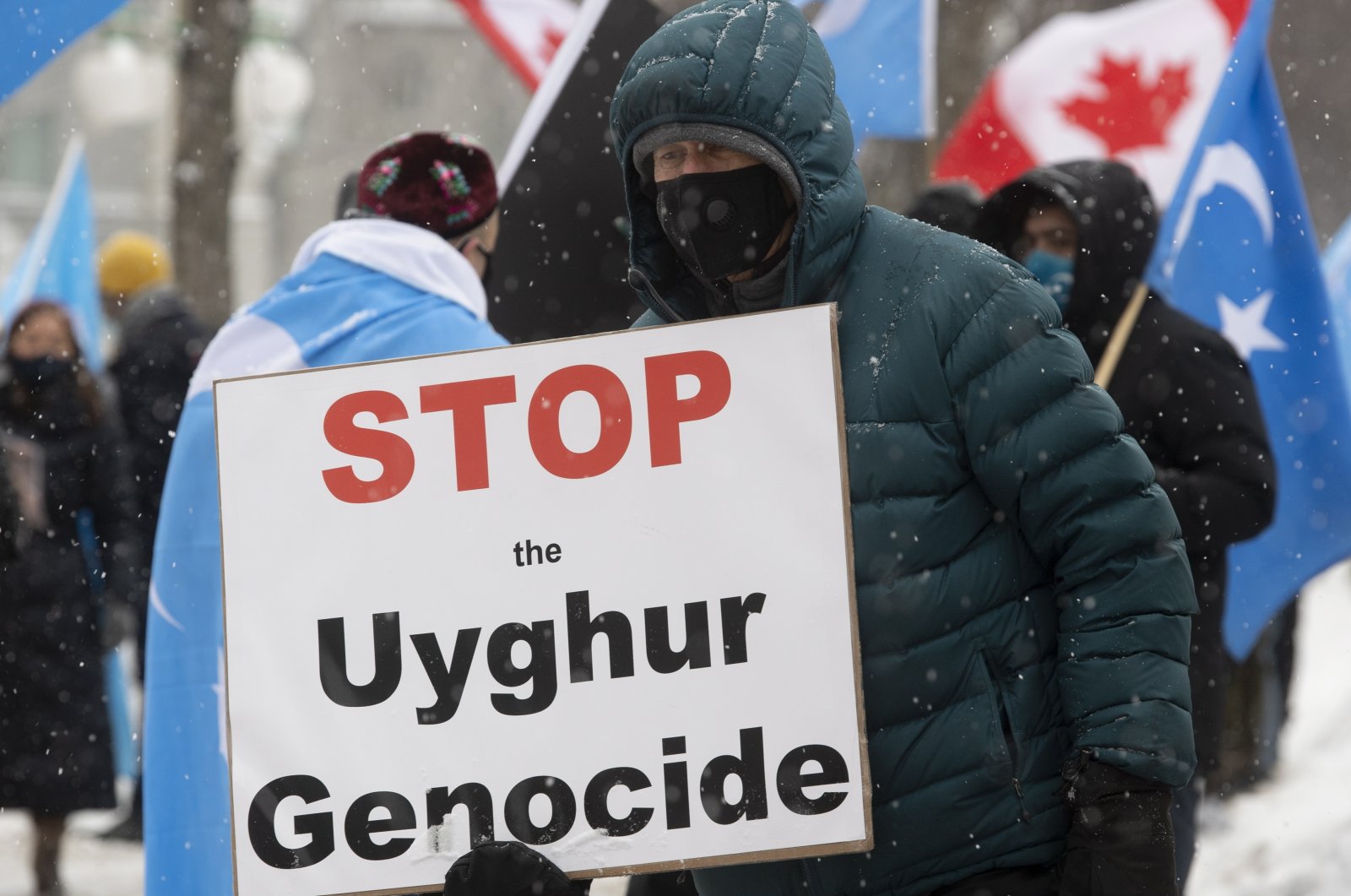 The country's House of Commons voted to accept that the Asian country is committing genocide against more than 1 million Uighurs in the western Xinjiang region but Prime Minister Justin Trudeau’s cabinet abstained from the vote.

"A genocide is currently being carried out against the Uighurs and other Turkish Muslims," said the motion that was passed by the Canadian Parliament in 266-0 vote.

The parliament also voted 229-29 to lobby the Olympic committee to move the Olympics if China does not stop the genocide.

An official speaking to The Associated Press (AP) said Canada’s foreign minister will make the government’s position clear but said declaring something in Parliament is not going to adequately get results in China and that work with international allies and partners is needed. The official spoke on condition of anonymity as they were not authorized to speak publicly before the announcement.

Trudeau's cabinet is made up of 37 Liberal lawmakers including the prime minister. There are 154 lawmakers from Trudeau's Liberal party in the House of Commons.

Conservative Party leader Erin O’Toole has said a signal must be sent to the Chinese regime.

After O’Toole urged the government last week to press the International Olympic Committee to move the 2022 Winter Olympics out of Beijing, Trudeau hesitated at using the word “genocide,” which he called an “extremely loaded” term.

“When it comes to the application of the very specific word genocide, we simply need to ensure that all the i’s are dotted and t’s are crossed before a determination like that is made,” Trudeau said last week.

The move is the latest attempt to hold China accountable for its treatment of the Uighurs and other predominantly Muslim and ethnic Turkic minorities, who have been subjected to an unprecedented crackdown that is increasingly drawing international concern.

Researchers and rights groups estimate that since 2016, China has rounded up a million or more Uighurs and other minorities into prisons and vast indoctrination camps that the state calls training centers.

The first reports of mistreatment surfaced in 2017 and since then about one million Uighurs have been put in upwards of 400 concentration camps.

The UN and various media outlets have reported on the atrocities, saying the minority Uighurs in the internment camps are subjected to sexual assault, forced sterilization, beatings, and other abuses. About 10 million Uighurs inhabit the Xinjiang province.

At a press conference called by the Conservatives Monday morning before the vote, an Uighur woman who had been hired to teach Chinese at one of the camps in 2017 said she witnessed the abuse first hand-intimidation, rape and other abuses.

"No one should be subjected to such cruelty," Kalbinur Tursun said through an interpreter.

The Beijing government denies the Uighurs are mistreated. State television shows Uighurs in spotless classrooms, smiling and enjoying their lessons in so-called "re-education centers" where they are taught to forego extremist activities and taught vocations.

Former U.S. Secretary of State Mike Pompeo declared before he left office that China’s policies against Xinjiang’s Muslims and ethnic minorities constituted crimes against humanity and genocide. His successor, Antony Blinken, reiterated the statement on his first day in office.

Pompeo cited widespread forced birth control and forced labor among Uighurs. AP reported last year that the Chinese government was systematically forcing sterilization and abortion on Uighur and other Muslim women and sent many to camps simply for having too many children.

China denies any abuses and purports that the steps it has taken are "necessary" to "combat terrorism and a separatist movement."

O’Toole has also said China is imposing a police state on Hong Kong and arbitrarily detaining two Canadians in Chinese prisons. He said if the Olympics are not moved, a boycott could be considered.

Canada continues to press Beijing to release Michael Kovrig and Michael Spavor, both detained since December 2018 following Canada’s arrest of Meng Wanzhou, a top executive at the Chinese technology company Huawei and the daughter of the company’s founder. Canadian police detained Meng in Vancouver on a U.S. extradition request nine days before Kovrig and Spavor were arrested.

The U.S. is seeking Meng’s extradition on fraud charges, and her extradition case is before the Canadian courts. Her arrest severely damaged relations between China and Canada. China has also sentenced two other Canadians to death and suspended canola imports.