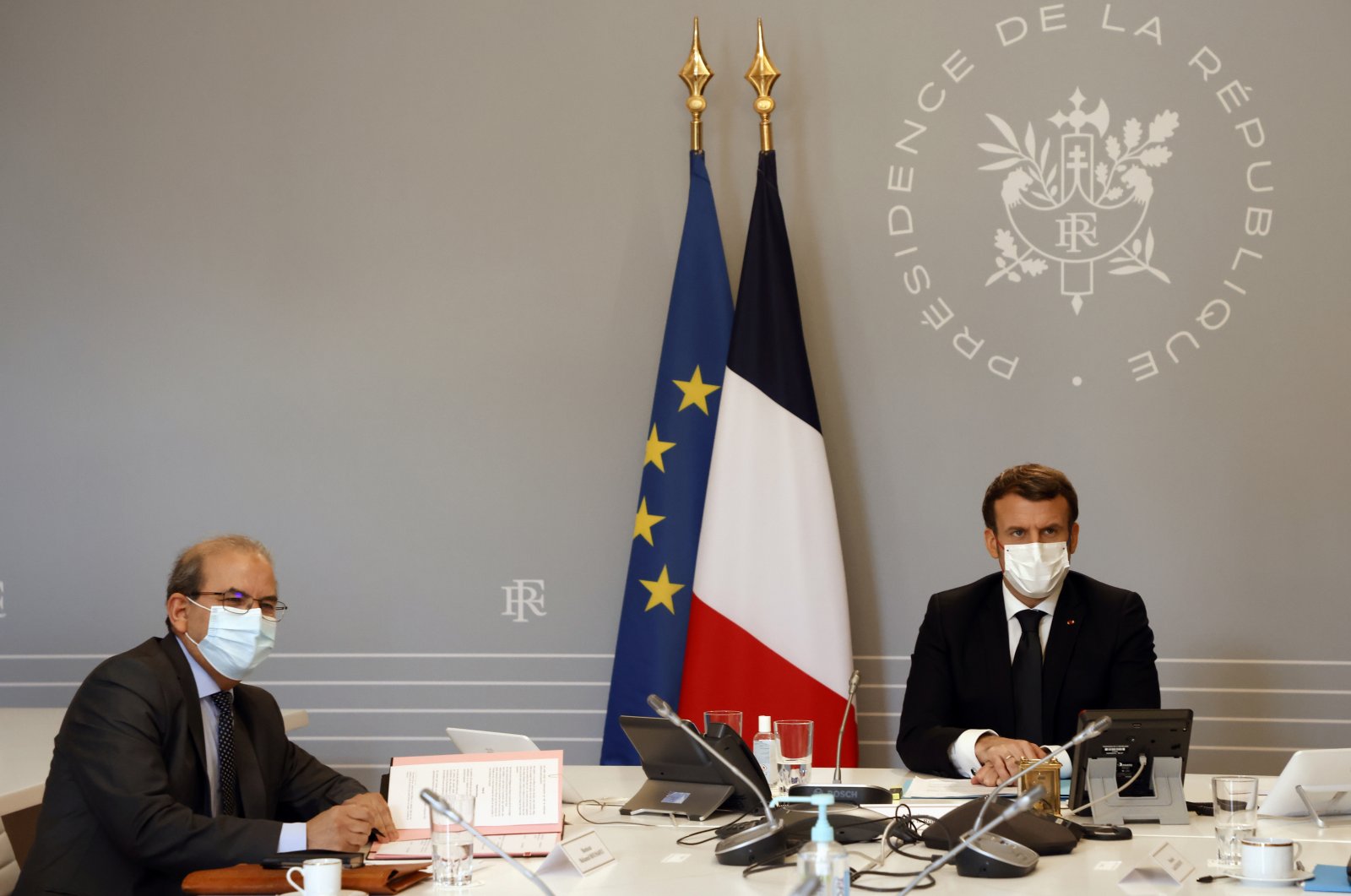 Mohammed Moussaoui, president of the French Council of the Muslim Faith (CFCM) signs a "Charter of principles" next to French President Emmanuel Macron, at the Elysee palace in Paris, France on Jan. 18, 2021. (Reuters Photo)
by ASSOCIATED PRESS Feb 14, 2021 7:20 pm
RECOMMENDED

Activists rallied Sunday in Paris to demand that the French government abandon a bill allegedly aimed at rooting out terrorism that the protesters say could trample on religious freedom and turn all Muslims into potential suspects.

French lawmakers hold a key vote Tuesday on the draft law, which is expected to win approval in both houses of parliament. The legislative debate comes amid lingering fears of terrorist violence after a radicalized student beheaded a history teacher and other recent attacks.

President Emmanuel Macron’s centrist government argues that the bill is needed to protect French values like gender equality and secularism and to prevent terrorist ideas from taking root and inspiring violence.

But those at Sunday’s protest said France already has legal tools to do this, and that the bill stigmatizes the country’s No. 2 religion even though the majority of French Muslims do not espouse terrorist views.

Some described it as a political ploy by Macron to win over conservative and far-right voters ahead of next year’s presidential election.

"It’s not worth attacking a whole community because one person did a horrible act," said Zeyneb Bouabidi, a woman from the Paris suburb of Conflans-Saint-Honorine, where teacher Samuel Paty was beheaded in October after showing his class caricatures of the Prophet Muhammad published in satirical newspaper Charlie Hebdo for a discussion about free expression.

Bouabidi described facing occasional discrimination at university and in her jobs because of her Arab-sounding name, and fears laws like this one could make matters worse.

"They make comments like ‘go back to your country.’ But I am in my country! I was born in France," she said.

A collective of Muslim, anti-racism, left-wing, pro-Palestinian and other activist groups organized Sunday’s rally near Trocadero Plaza across from the Eiffel Tower to call for the bill to be scrapped. About 150 people took part in the peaceful protest, including Muslims and non-Muslims.

The government insists the bill doesn’t target Muslims. It seeks to halt the issuing of virginity certificates, the practice of polygamy and forced marriage. It would crack down on fundamentalist teaching by requiring all children three and over to be in school, and tighten rules on the funding and functioning of mosques and religious associations.

Other religions, from Buddhists to Roman Catholics, have complained they also could suffer fallout from the bill.