Airplane with 28 on board crashes into sea in eastern Russia 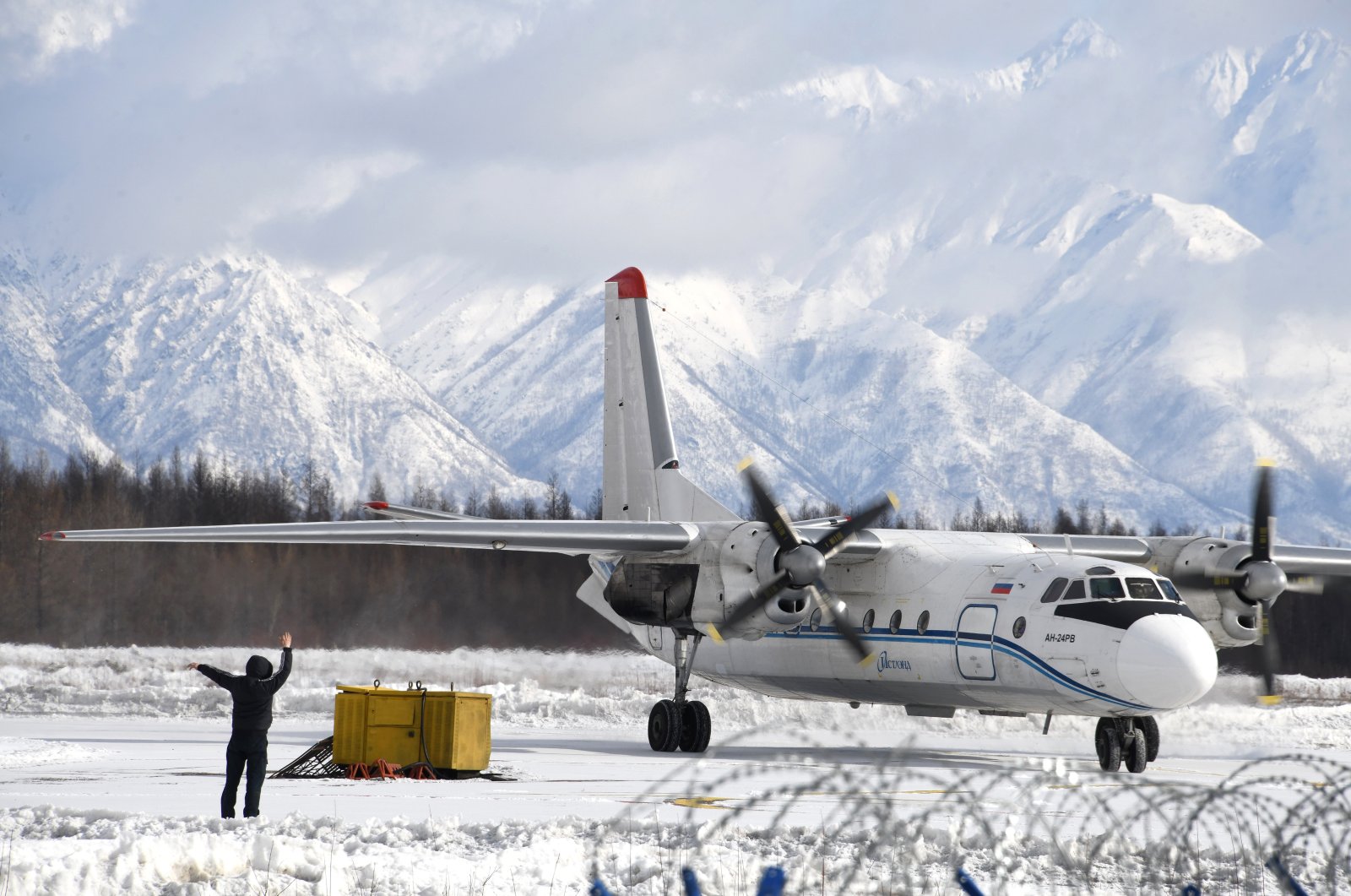 An Antonov An-24, similar to the one that disappeared near the Kamchatka Peninsula, prepares for takeoff at the Chara Airport in Transbaikalia, Russia. (Getty Images)
by Agencies Jul 06, 2021 8:22 am
RECOMMENDED

A Russian airplane with 28 people on board crashed into the sea on Tuesday off Russia's far eastern Kamchatka Peninsula as it was preparing to land, RIA news agency reported on Tuesday.

The plane, an Antonov An-26 twin-engined turboprop, was en route from the regional capital Petropavlovsk-Kamchatsky to Palana, a village in northern Kamchatka, when it lost contact with air traffic control, Russia's emergencies ministry said. There were 22 passengers and six crew on board, the ministry added, according to Reuters.

"All that is known at this time, what has been possible to establish, is that communication with the plane was interrupted and it did not land," she said, adding that the plane had been operated by a local aviation company called Kamchatka Aviation Enterprise. The company's director, Alexei Khabarov, told the Interfax news agency that the plane was technically sound. An investigation has been launched.

"We will search until it gets dark," Khabarov was cited by Russia's Tass news agency as saying.

Russian news agencies quoted local officials as saying most of the passengers were from Palana – which has a population of about 3,000 – including four local government officials and the town's head Olga Mokhiryova. Kamchatka's government published a list of 28 people who were on board the plane, including Mokhiryova and one child born in 2014. Officials said that communication with the plane had been lost nine kilometers (5.5 miles) from Palana's airport and 10 minutes before its scheduled landing time.

Citing emergency ministry sources, news agencies reported that a search for the plane was underway with a radius of 15-25 kilometers around the airport, with a focus on the Okhotsk Sea.

"There is objective evidence that the plane crashed and fell into the sea," a source told Tass. Helicopters and an Il-38 maritime patrol aircraft were searching the area as of 9:00 pm local time (9:00 a.m. GMT), news agencies reported.

A source in the Pacific Fleet Air Force was cited by news agency RIA Novosti as saying that the search was hindered by "difficult" weather conditions. The Kamchatka government said the peninsula has five An-26 planes servicing remote areas. The regional transport ministry and the local aviation company said the plane – built in 1982 – was in good condition and had passed safety checks. The weather in the area was cloudy at the time, Interfax news agency said, quoting the local meteorology center.

The last major air accident took place in May 2019, when a Sukhoi Superjet belonging to the flag carrier Aeroflot crash-landed and caught fire on the runway of a Moscow airport, killing 41 people.

In February 2018, a Saratov Airlines An-148 aircraft crashed near Moscow shortly after takeoff, killing all 71 people on board. An investigation later concluded that the accident was caused by human error.