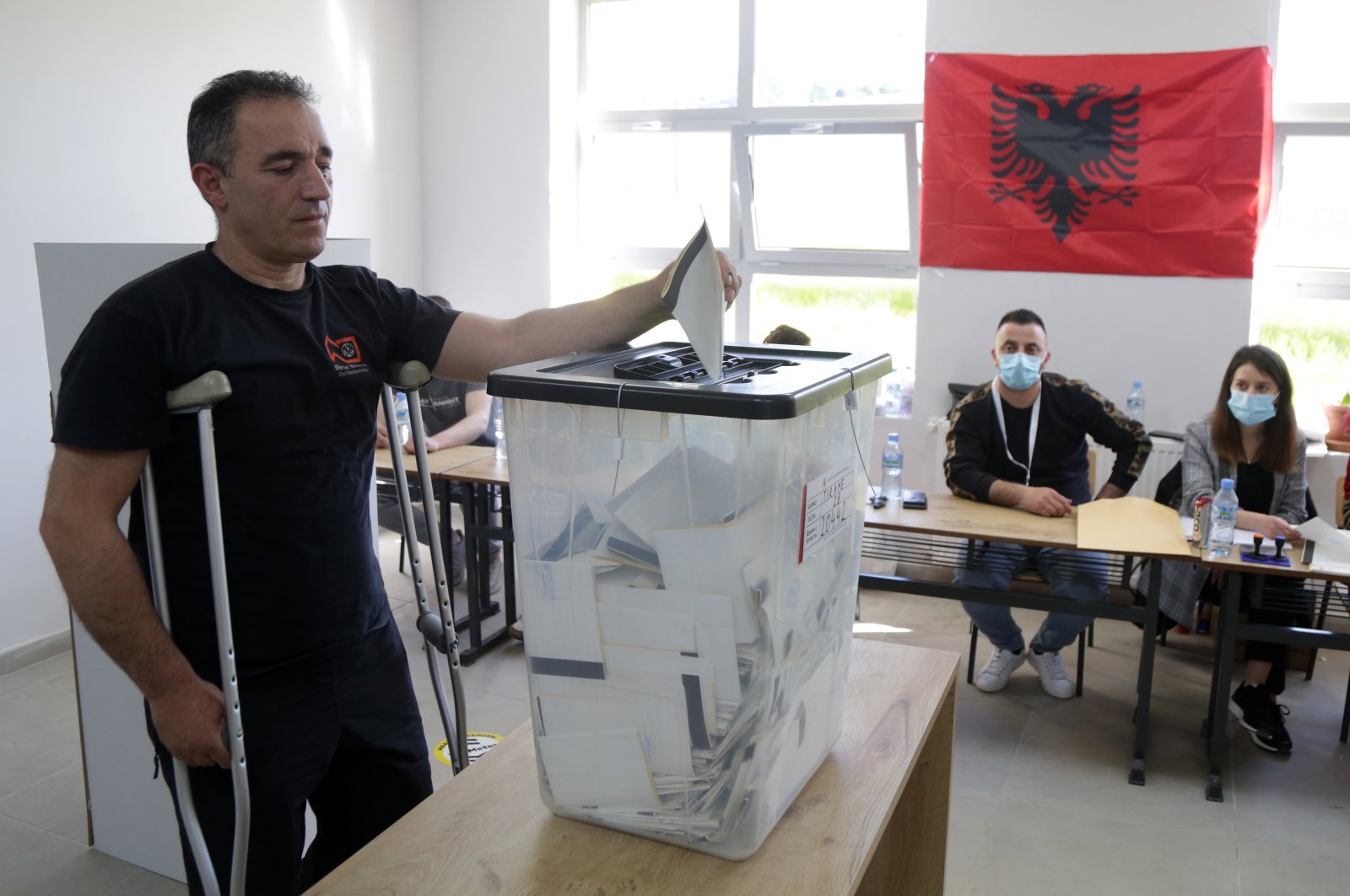 Albania's prime minister looked set for a third term in power on Monday, as his ruling Socialist Party secured 49.4% of votes in Sunday's parliamentary election, according to unofficial results.

Edi Rama, in power since 2013, has not yet claimed victory following Sunday's poll, which was closely watched in European capitals as Albania pushes to open talks on EU membership.

But the Socialists had captured roughly 50% of the vote after ballots were counted from just over one-third of polling stations, the election commission said on Monday morning.

An opposition alliance under the Democrat Party – whose leaders continued to claim victory on Monday – was on 39% and another party opposed to Rama was polling at 7%.

The campaign was marked by personal insults between candidates and further deteriorated in the final week when a gunfight between rival supporters left one person dead.

Despite the febrile atmosphere, the voting day went by peacefully, with U.S. and EU ambassadors urging all sides to stay calm and wait for the official result.

The early figures showed a "clear trend" in favor of the Socialists, who are heading for a bigger victory than in the 2017 election when they won an overall majority, political analyst Skender Minxhozi told Agence France-Presse (AFP).

But he warned that the early data needed to be treated with caution, with final results not expected until Tuesday.

The prime minister – a former basketball player and keen artist – posted a photo of the sunrise on Facebook with the words: "What a dawn in Tirana!"

During his time in office, he has focused on ambitious infrastructure projects and during the election campaign made much of a promise to vaccinate 500,000 people against coronavirus by the end of May.

But the tiny Balkan country of 2.8 million people remains one of Europe's poorest, and NGOs regard it as one of the continent's most corrupt.

The European Union agreed to open formal membership talks last year in a country overwhelmingly in favor of joining, but no date has yet been set for the first meeting.