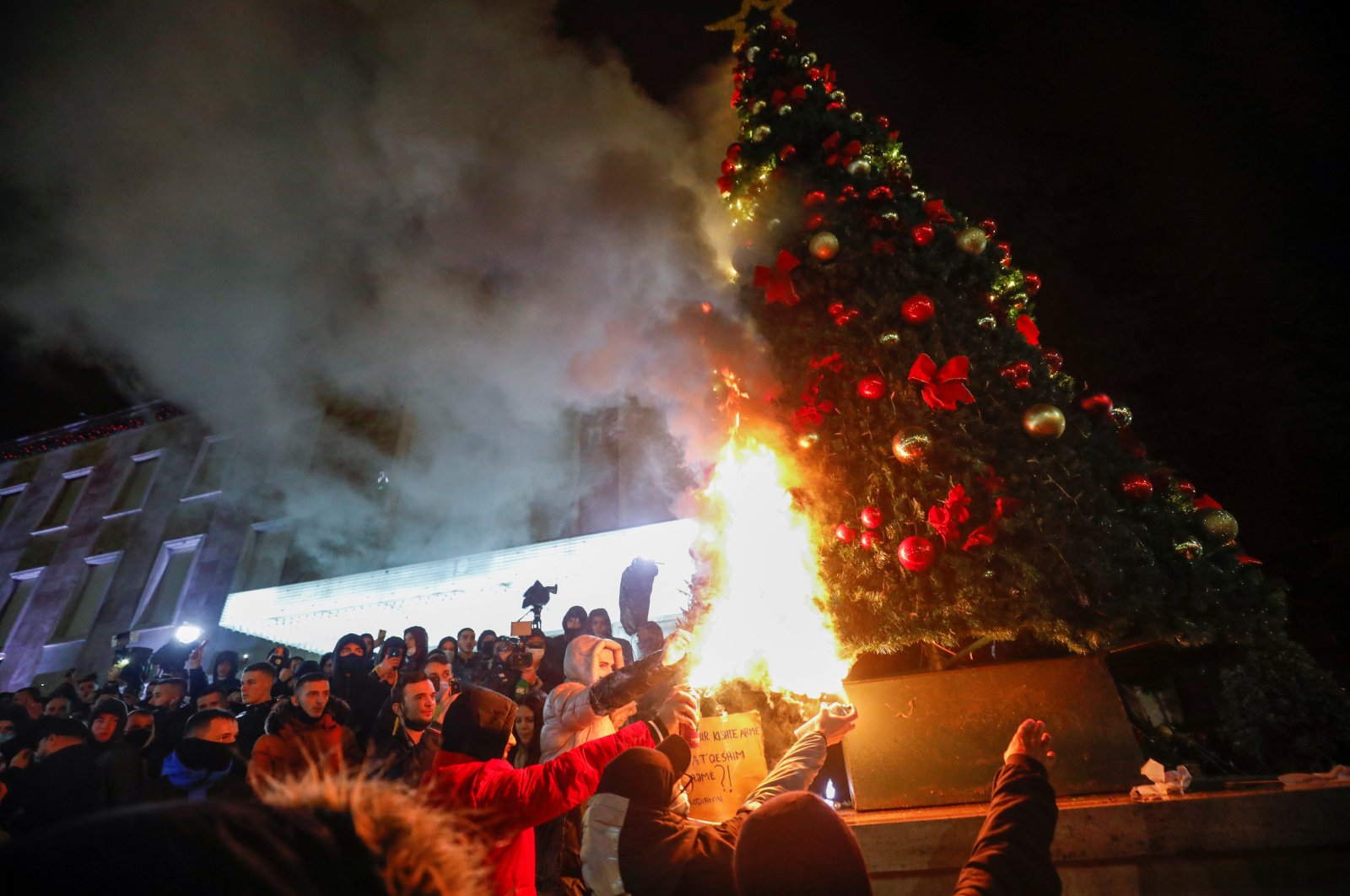 Demonstrators set fire to a Christmas tree in front of the prime minister's office during a protest in reaction to the death of Klodian Rasha, after he was shot dead during the country's overnight curfew, in Tirana, Albania, Dec. 9, 2020. (Reuters Photo)
by ASSOCIATED PRESS Dec 09, 2020 8:27 pm
RECOMMENDED

Clashes broke out in Tirana Wednesday during a protest by hundreds of Albanians over the fatal police shooting of a 25-year-old man who had breached a coronavirus-linked curfew.

Protesters, who defied a government ban on public gatherings of more than 10 people due to the pandemic, threw stones at police, the interior ministry, the Tirana city hall and the main government buildings. They also tried to force their way into the ministry and the government complex that includes Prime Minister Edi Rama's office, and police fired tear gas to disperse them.

Shouting "Rama go!" and "I am Klodian," protesters – most of whom did not wear masks – set on fire a Christmas tree outside the main government building and then knocked it down. They also damaged the New Year decorations at the main Skanderbeg Square.

Rasha’s friends asked for the officers to be held accountable. His sister, Sibora, told a local television station, Report TV, that Rasha had gone out at 1:45 a.m. to buy cigarettes and was shot near his house's entrance by officers who had followed him.

"We want to know why my brother was killed, why his blood remained at the house entrance," she said. Prime Minister Rama is in the United States where on Wednesday he met with Pfizer officials, trying to secure vaccine deliveries for Albania. Albanian authorities have imposed several lockdown measures including prohibiting gatherings, mandatory mask-wearing and an overnight curfew to try to prevent a surge of new cases.

In April next year Albania will hold parliamentary election.