Aliyev, Pashinian to meet in Brussels to de-escalate tensions 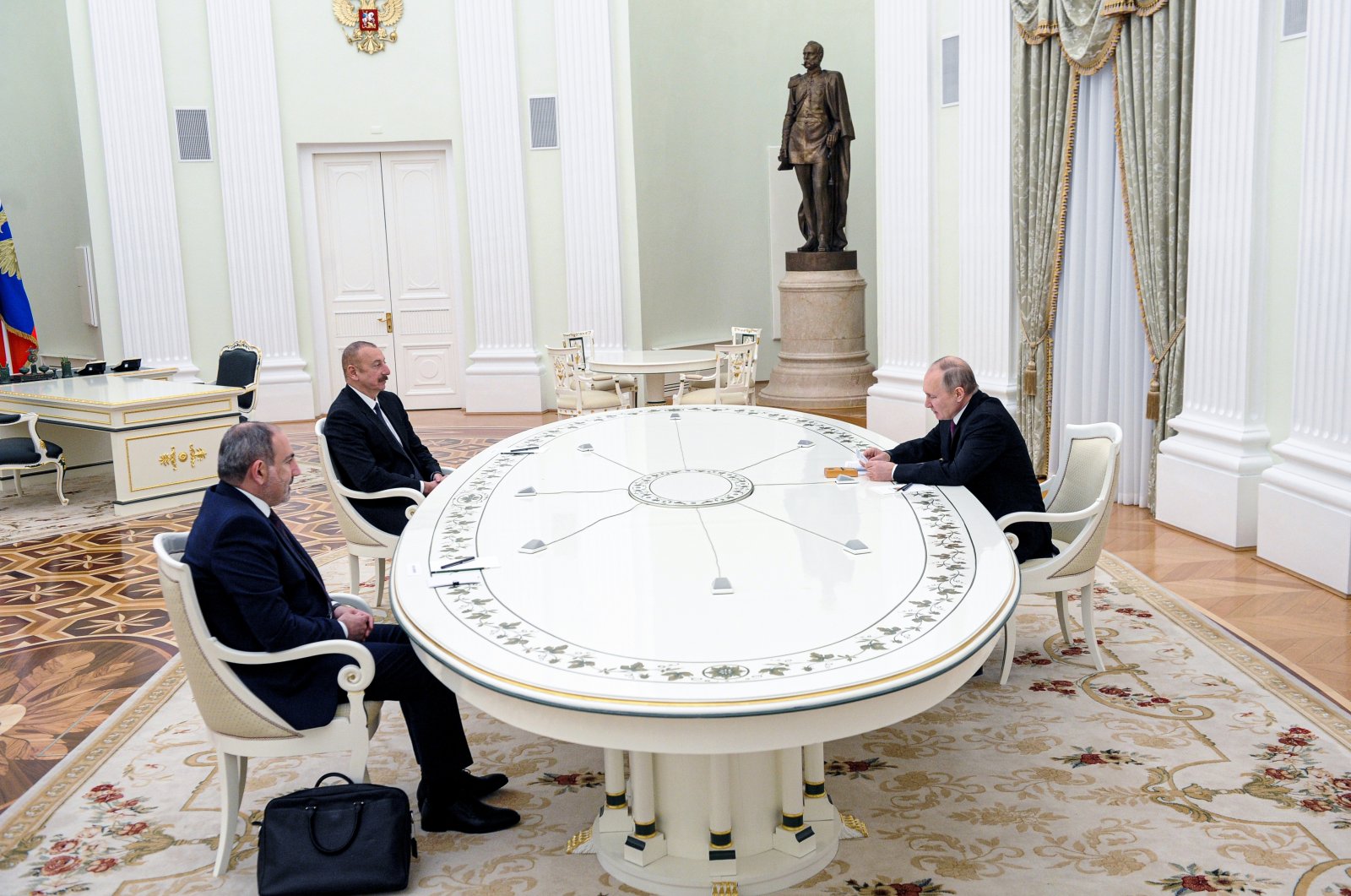 Azerbaijani and Armenian leaders have agreed to meet in Brussels next month to de-escalate tensions amid repeated border clashes, the European Union said Friday.

Azerbaijani President Ilham Aliyev and Armenian Prime Minister Nikol Pashinian "agreed to meet in Brussels to discuss the regional situation and ways of overcoming tensions for a prosperous and stable South Caucasus, which the EU supports," read a statement.

The breakthrough came after Charles Michel, president of the European Council, spoke to the duo over the phone on Friday "in follow up to discussions earlier this week on the situation in the region and in the context of preparations of the Eastern Partnership (EaP) Summit."

Michel will host Aliyev and Pashinian "for a meeting in Brussels in the margins of the EaP Summit" that will be held on Dec. 15, the statement said.

"The Armenian and Azerbaijani leaders have also agreed to establish a direct communication line, at the level of respective Ministers of Defense, to serve as an incident prevention mechanism," it added.

The European Union had urged both countries on Wednesday to disengage their troops and respect the ceasefire agreed the previous day.

On the other side, Russian President Vladimir Putin and Pashinian discussed Nagorno-Karabakh and measures to stabilise the situation there during a phone call on Sunday, the Kremlin said in a statement without elaborating.

Baku said Yerevan was responsible for a "large-scale military provocation."

On Tuesday, Armenia and Azerbaijan agreed to a ceasefire at their border after Russia urged them to step back from confrontation following the deadliest clash since a war last year over Nagorno-Karabakh that killed at least 6,500 people.

Armenia appealed to its Russian ally for military support under the Collective Security Treaty Organisation pact, which obliges Moscow to protect it in the event of a foreign invasion.

The same day, Putin discussed the situation with Pashinian by phone, the Kremlin said in a statement, and agreed to "continue contacts" on the matter.

Before the ceasefire was announced, the European Union and the United Nations called on both sides to cease hostilities.