All jabs safe, 70% to be vaccinated by August: Spain's Sanchez 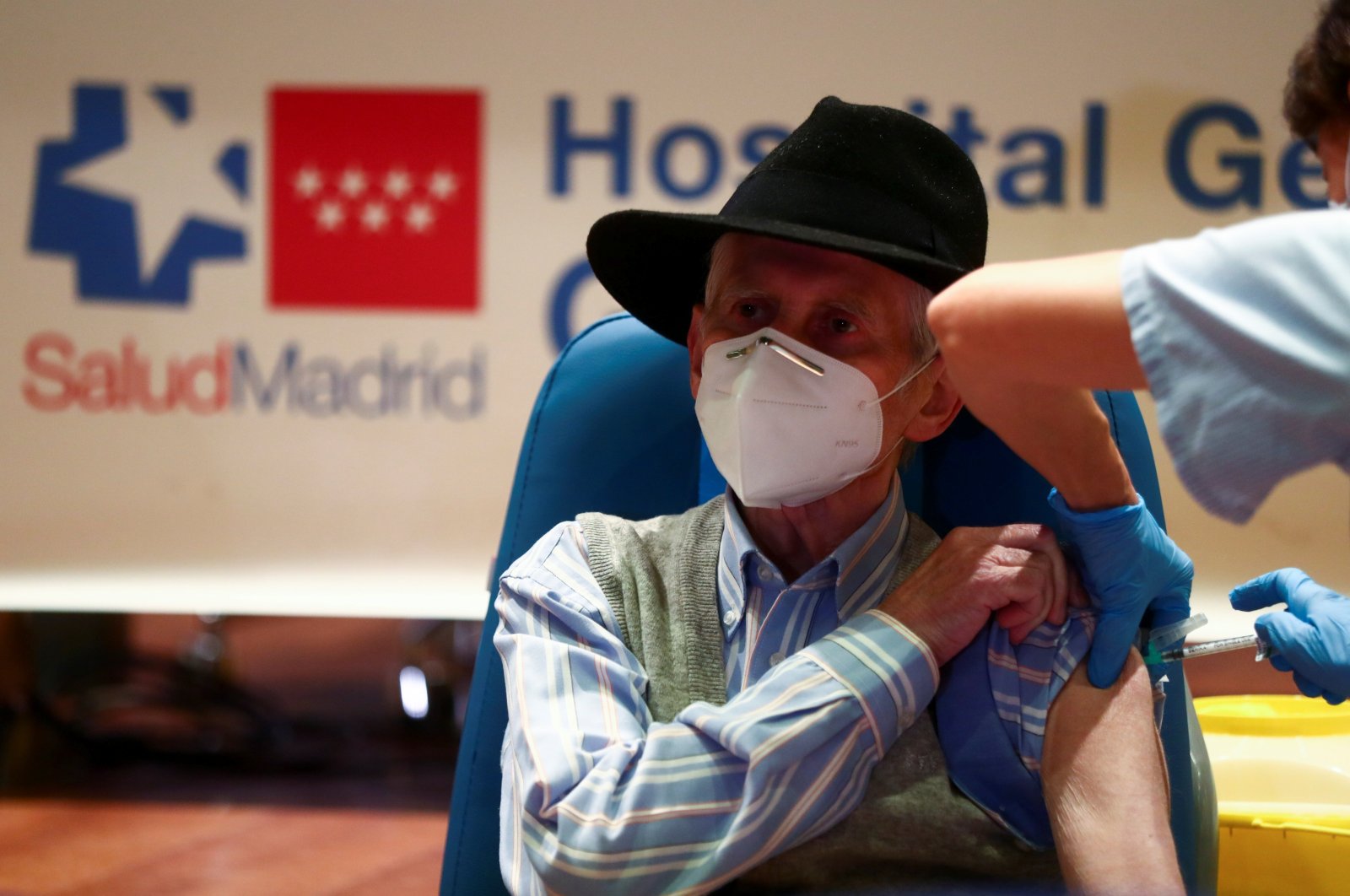 A man, between 70 and 74 years old, receives his first dose of the Pfizer-BioNTech coronavirus disease (COVID-19) vaccine, as the outbreak continues, in a conference hall at Gregorio Maranon hospital in Madrid, Spain, April 13, 2021. (REUTERS Photo)
by French Press Agency - AFP Apr 13, 2021 5:33 pm
RECOMMENDED

Spain's Prime Minister Pedro Sanchez said Tuesday that all COVID-19 vaccines being administered in Spain are safe, including those made by AstraZeneca.

Amid fears the AstraZeneca jab may cause blood clots, Spain and other European countries have for weeks imposed restrictions on its use, slowing their vaccination campaigns.

After briefly halting the use of AstraZeneca, Spain now limits it to those aged between 60 and 69, fuelling concerns and prompting some people to skip vaccine appointments.

"All the vaccines being administered have guarantees, are safe," Sanchez said after the weekly cabinet meeting when asked about concerns over the jab.

"The risk-benefit analysis is without a doubt absolutely tipped in favor of benefit, of saving lives," he added, echoing the arguments of the European Medicines Agency (EMA) which approved the vaccine's use across the European Union.

Spain, which is also administering the Pfizer-BioNTech and Moderna vaccines, had also planned to start using a fourth vaccine in the coming days – the single-dose Janssen jab.

However, Janssen's U.S. parent company Johnson & Johnson said Tuesday the European rollout would be delayed after U.S. officials recommended a pause on its use over blood clot concerns.

So far some 3.1 million of the 47 million people living in Spain have been fully vaccinated.

The government has vowed to vaccinate 70% of Spain's population by the end of August.

Sanchez also reiterated that his government will not seek to extend a state of emergency – activated in October to help fight the pandemic – once it expires on May 9.

The emergency allows the central and regional governments to adopt measures which curb individual freedoms, such as nighttime curfews or banning travel between region.

On Monday, Inigo Urkullo, head of the northern Basque Country region, urged Sanchez to extend the emergency, saying without it he would lack the legal means to impose restrictions.

Spain has been hit hard by the pandemic, recording more than 76,500 deaths from nearly 3.4 million cases.