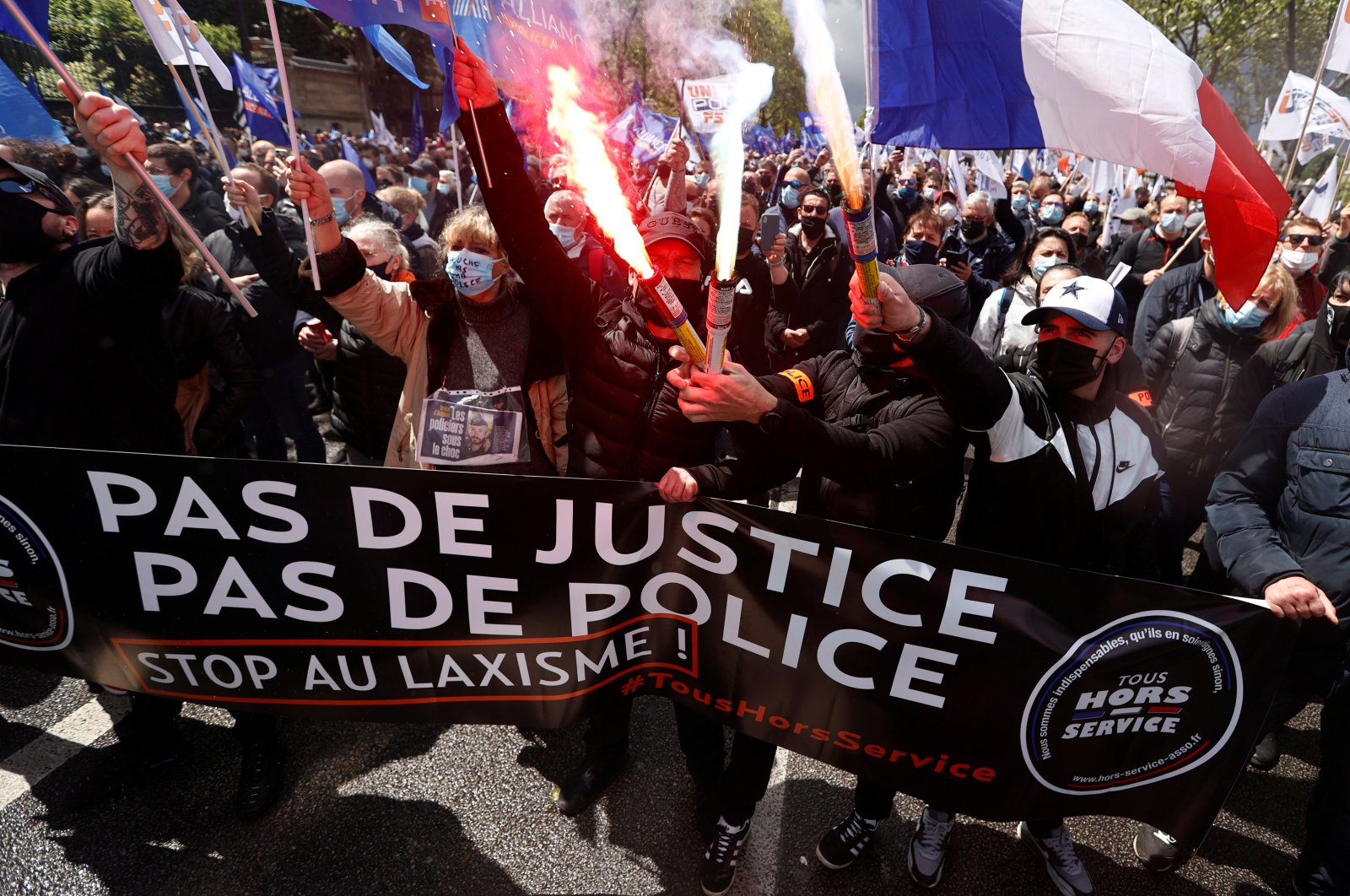 French police officers from all over France gather in front of the National Assembly in Paris to protest against the violence they experience and to request more severe penalties for their aggressors, France, May 19, 2021. (Reuters Photo)
by REUTERS May 19, 2021 4:51 pm
RECOMMENDED

Thousands of French police officers protested near the National Assembly on Thursday to demand the government toughen its stance on violence against security forces, with some booing the interior minister who turned up in a show of solidarity.

The discontent within the police will trouble French President Emmanuel Macron, who wants to show voters he is strong on law and order ahead of next year's election, where the far-right leader Marine Le Pen is expected to mount the biggest challenge.

Police unions complain that the government is failing to protect officers from daily attacks that leave some afraid of doing their jobs in certain towns and cities.

"This can't go on any longer. You really need to protect us. It's getting worse," one officer could be heard telling Interior Minister Gerald Darmanin.

The protest took place after a one-month period during which a police officer was killed during an anti-narcotics operation and a police force employee was stabbed to death outside her commissariat.

However, human rights groups and ethnic minority associations have frequently leveled accusations of brutality and systemic racism against the police force itself.

One attack against a black music producer in November had brought shame on France, Macron said at the time, demanding the police be exemplary in their own behavior.

The unions are demanding a minimum prison sentence for anyone who attacks a police officer. One protest banner read "Paid to serve, not to die."

"No-one listens to us," lamented a second officer who identified himself as Stephane and said he had traveled from the Mediterranean city of Marseille.

A recent opinion poll in France showed more than half of all police and military personnel would vote for Le Pen in a runoff vote against Macron next year.