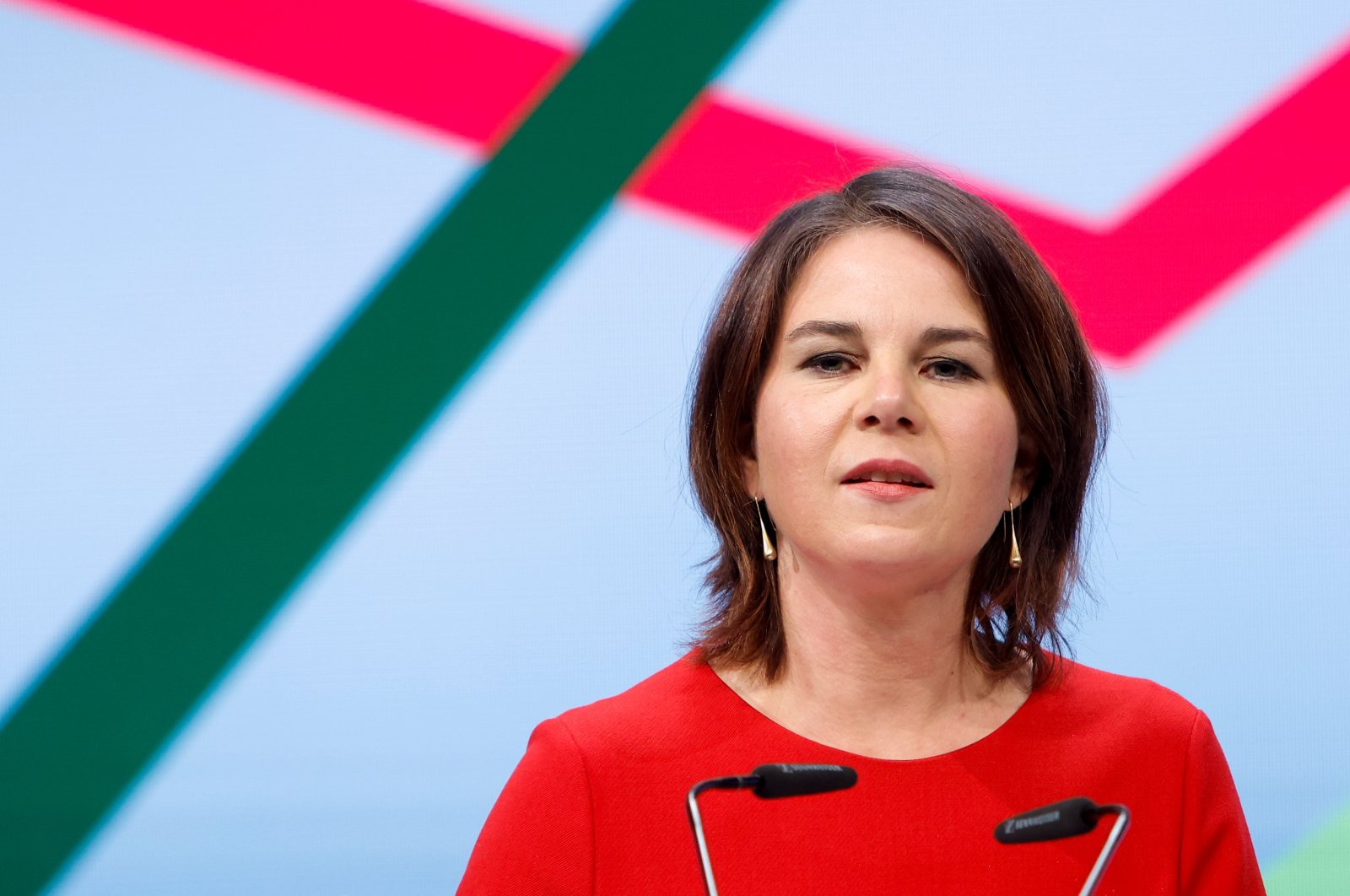 Leader of the Greens party Annalena Baerbock speaks during a meeting after the presentation of the coalition deal of SPD, FDP and Greens parties, in Berlin, Germany, Nov. 25, 2021. (REUTERS Photo)
by French Press Agency - AFP Nov 26, 2021 12:26 am

"Congratulations, dear Annalena Baerbock! With you as Foreign Minister, the Foreign Office is to be led by a woman for the first time. After 151 years it is high time! To represent Germany in the world is both an honor and a challenge. All the best for that!" current Foreign Minister Heiko Maas tweeted late Thursday.