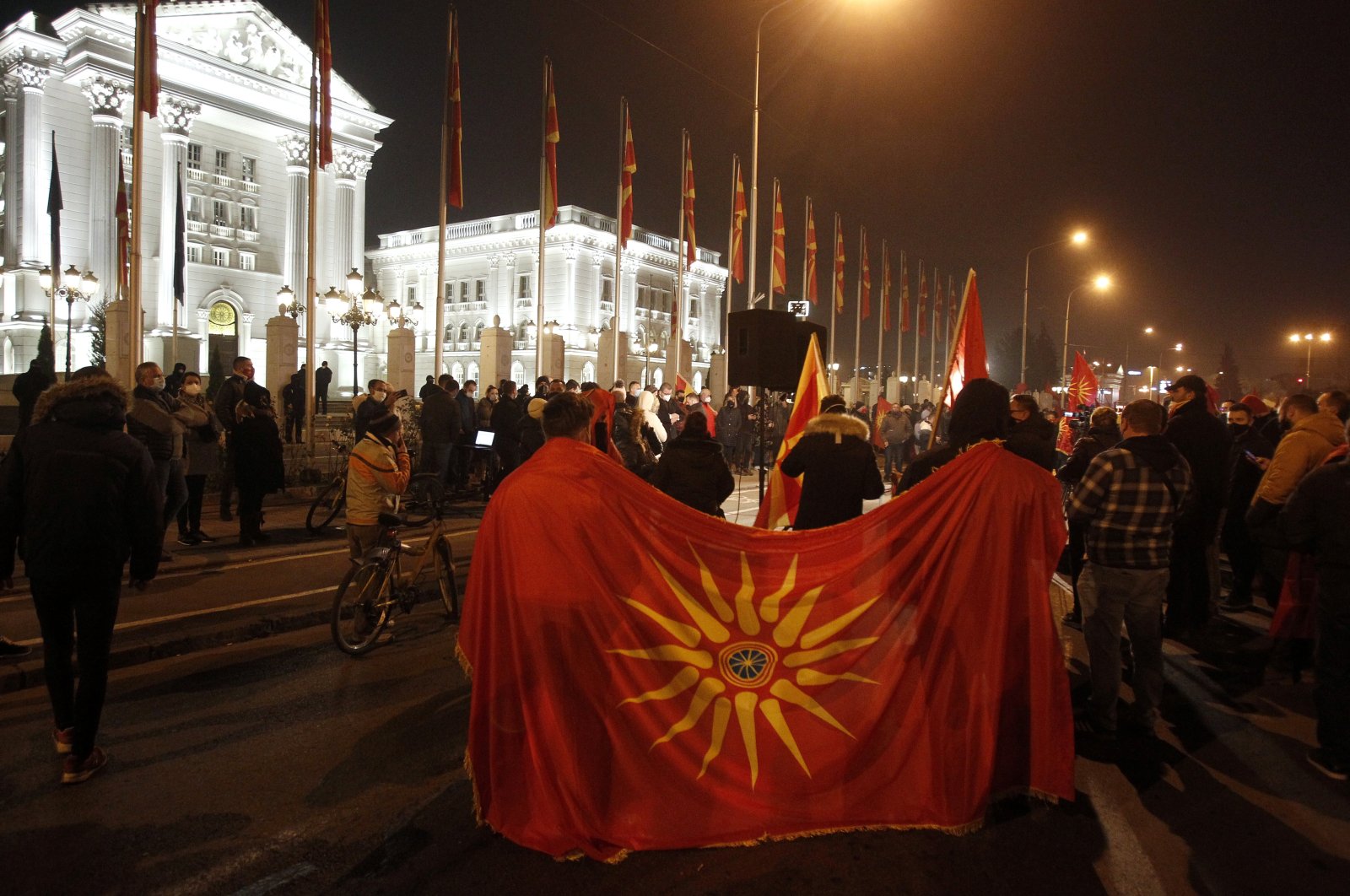 Conservative opposition leader Hristijan Mickoski spoke at the event and accused the Zaev government of being too conciliatory to neighboring Bulgaria, which recently blocked the start of negotiations for North Macedonia to join the European Union.

Bulgaria’s demands for the talks to begin include the former Yugoslav republic acknowledging that the roots of its language are Bulgarian. Launching accession talks with a prospective member country requires unanimous approval from all 27 EU nations. Foreign Minister Ekaterina Zaharieva told Bulgaria’s lawmakers that their country withheld its consent last Tuesday because North Macedonia was not observing a 2017 bilateral friendship treaty and was fueling hatred through some of its policies.

North Macedonia formally joined NATO earlier this year and furthered its efforts toward EU membership after reaching a landmark agreement with another neighbor, Greece, changing its name from Macedonia.

A year ago, France demanded a postponement in starting the talks, arguing that with Britain preparing to pull out of the EU and other pressing issues, the bloc had too much on its plate. EU leaders finally agreed in March to begin the process for opening formal accession talks with both North Macedonia and Albania. But that can't happen for North Macedonia until Bulgaria is on board. Officials from Germany, which currently holds the EU’s rotating EU presidency, said they hoped Bulgaria and North Macedonia will be able to find a compromise and that the membership talks could begin before the end of the year.