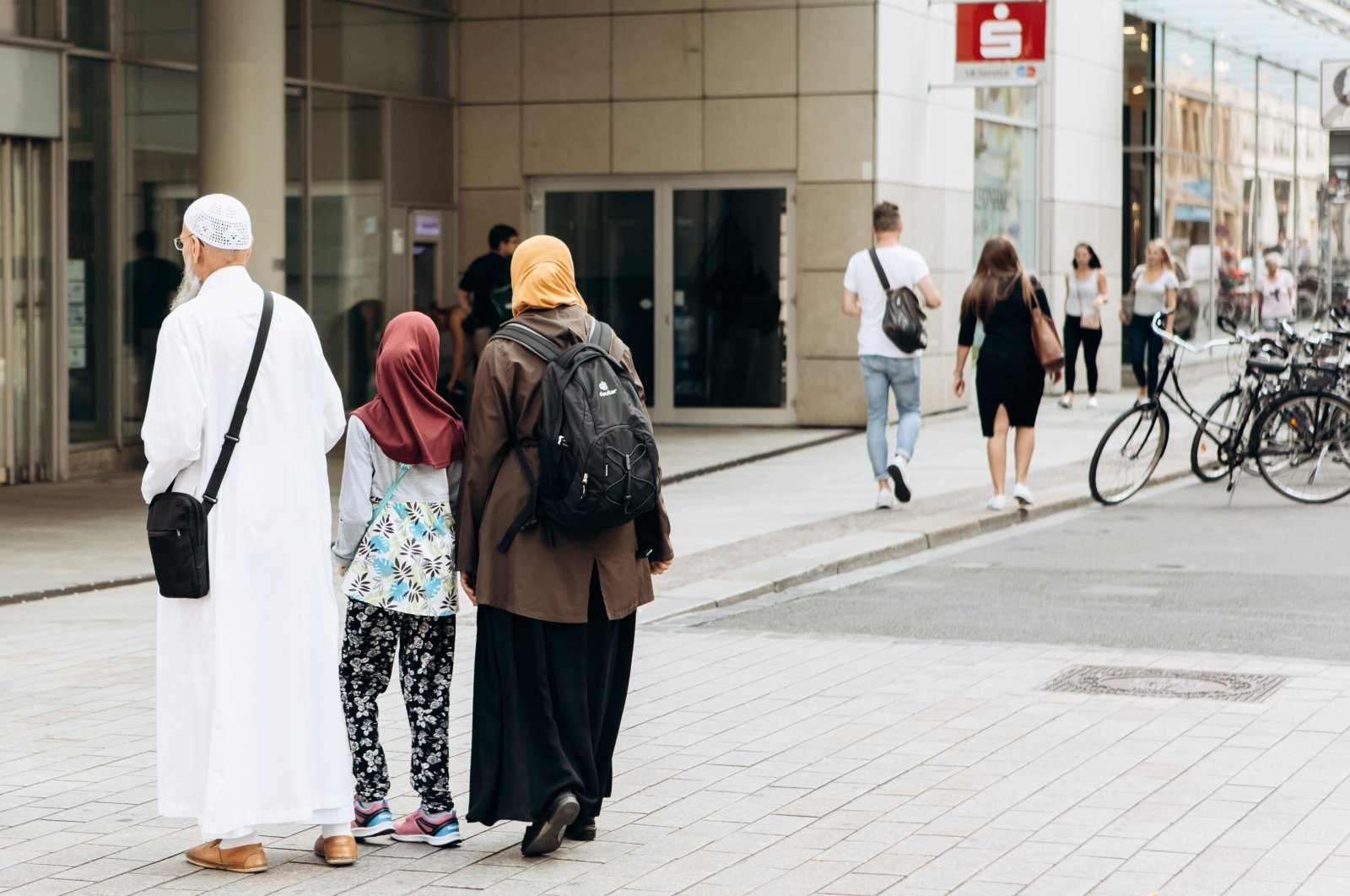 A family of tourists or migrants walking along the street in Leipzig, Germany, Sept. 6, 2018. (Shutterstock File Photo)
by Anadolu Agency Oct 05, 2022 8:23 pm
RECOMMENDED

Discrimination against Muslims is widespread in Germany, according to research by the Expert Council on Integration and Migration (SVR).

Nearly 48% of respondents said they believe "Islam is not compatible with German society,” while 29% suggested restricting the practice of Islam in the country.

"Negative attitudes toward Islam are widespread in all groups examined – people with and without a migration background,” the researchers said in their report.

Nearly 44% of Germans surveyed argued that Muslim organizations should be monitored by the state’s security agencies, while only 16% opposed such a move.

The SVR’s study also analyzed anti-Semitic attitudes in Germany and concluded that anti-Semitism was widespread both among Germans and migrant communities in the country.

"Negative attitudes toward people of the Muslim and Jewish faiths are divisive and undermine social cohesion. However, attitudes of this kind are not only held by people without a migration background, but also by people with a history of migration,” the report said.

The SVR called for stronger action to counter anti-Muslim and anti-Semitic attitudes in all population groups, by promoting intercultural contacts and anti-discrimination work.

Among other things, religious communities need to be more closely involved, interfaith dialogue and related forms of interaction can also contribute to reducing prejudice, the group said.

A country of over 84 million people, Germany has the second-largest Muslim population in Western Europe after France. It is home to around 4.7 million Muslims, according to the official figures.

The country has witnessed growing racism and Islamophobia in recent years, fueled by the propaganda of far-right groups and parties, which have exploited the refugee crisis and attempted to stoke fear of immigrants.

German authorities registered at least 662 Islamophobic hate crimes in 2021. More than 46 mosques were attacked between January and December last year, and at least 17 people suffered injuries due to the anti-Muslim violence.