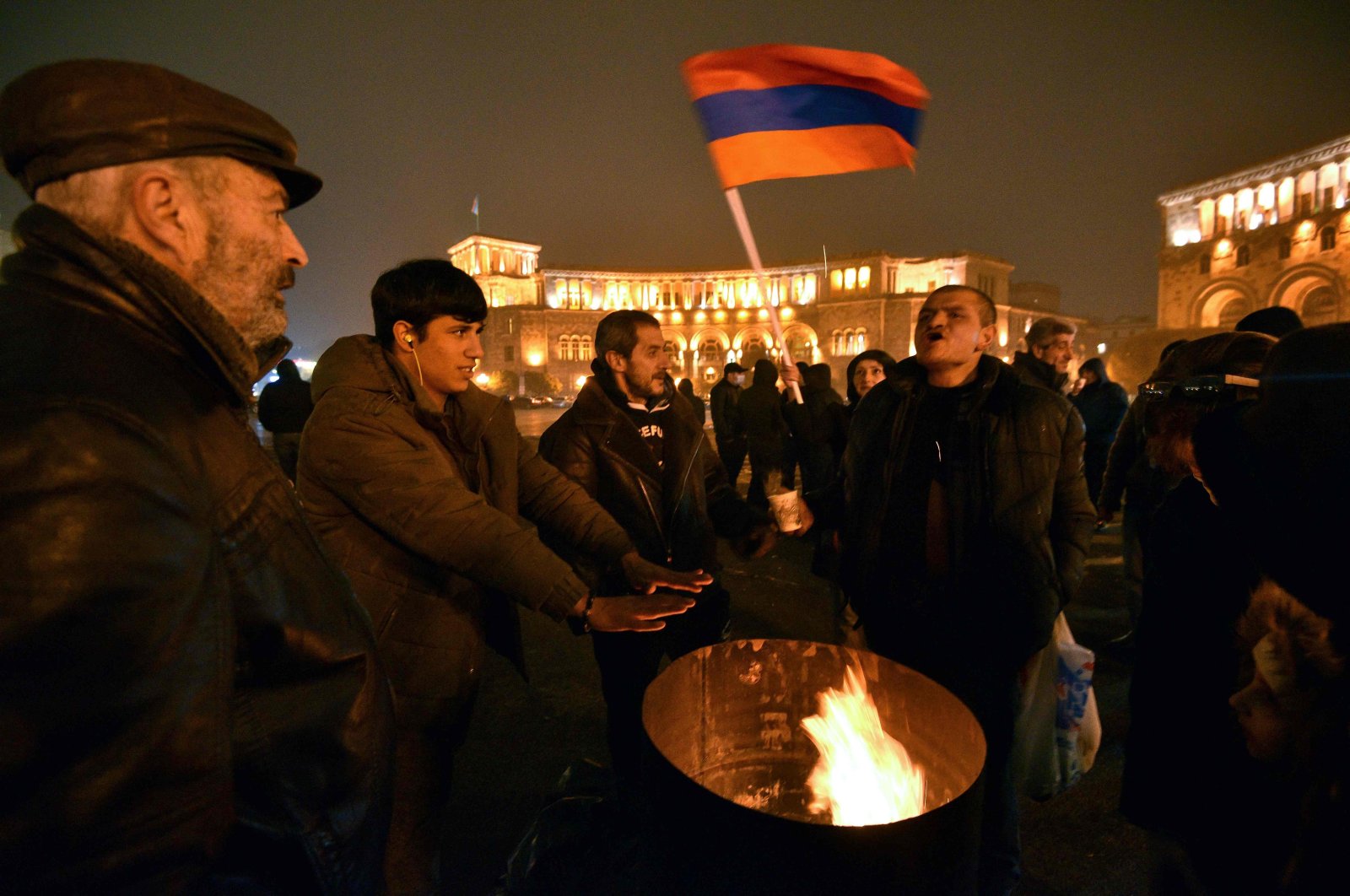 Opposition supporters warm themselves near a bonfire during a rally to demand the resignation of Prime Minister Nikol Pashinyan over the peace deal with Azerbaijan that ended six weeks of war over the disputed region of Nagorno-Karabakh, in Yerevan's Republic Square on Dec. 22, 2020. (AFP Photo)
by Anadolu Agency
Dec 23, 2020 12:35 am

The protesters gathered at Republic Square in the capital city Yerevan, asking the premier to step down. Some also assembled outside buildings and the foreign and justice ministries.

They blocked the Yerevan-Vanadzor road with heavy-duty vehicles.

Speaking on the occasion, Vazgen Manuktan, the opposition's prime ministerial candidate, urged law enforcers to join the protesters. "Every hour is critical. Don't make people wait in squares. Join us," he said.

Reacting to the angry demonstrators, Pashinian said the opposition was fighting for its own interests rather than that of the people.

He said the "elites" who ruled the country before 2018 want revenge and to grab the influence and power they lost.

What happened in Nagorno-Karabakh?

Relations between the former Soviet republics have been tense since 1991 when the Armenian military occupied Nagorno-Karabakh, also known as Upper Karabakh, a territory recognized as part of Azerbaijan, and seven adjacent regions.

New clashes erupted on Sept. 27 and ended with a Russia-brokered truce 44 days later.

Baku liberated several strategic cities and nearly 300 of its settlements and villages from occupation during this time.