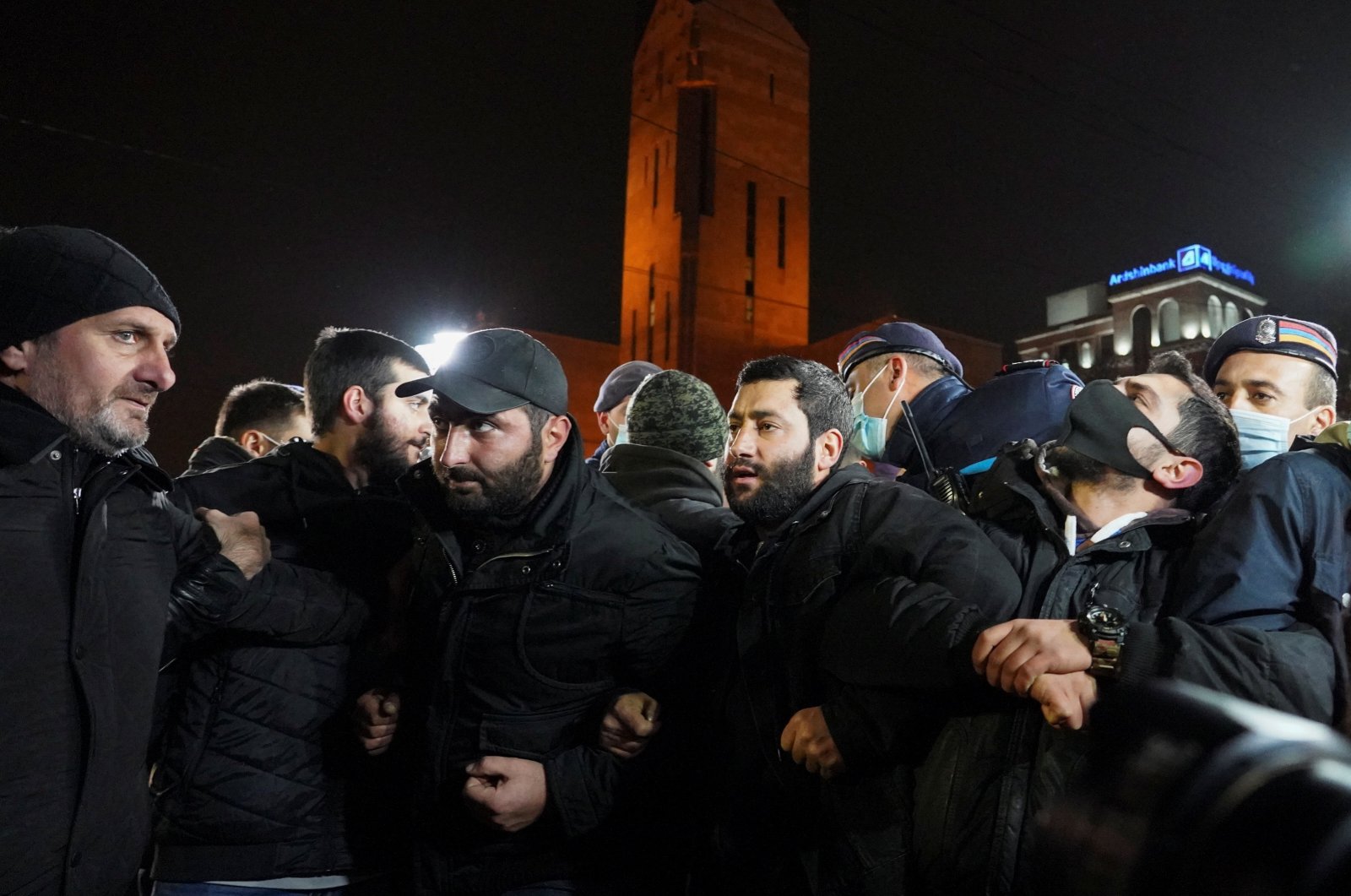 Hundreds of Armenians blocked streets in the capital Yerevan late Thursday and called for the resignation of Prime Minister Nikol Pashinian over a cease-fire deal that locked in Azerbaijani territorial gains in Nagorno-Karabakh last month.

Pashinian has rejected the calls to resign over what his opponents say was his disastrous handling of a six-week conflict between Azerbaijan and Armenian forces over the Nagorno-Karabakh enclave and surrounding areas.

The move has no legal force but illustrates public anger against Pashinian, who has accepted full responsibility for the outcome of the conflict, but said he is now responsible for ensuring national security and stabilizing Armenia.

Former National Security Service Chairman Artur Vanetsian said Manukian could serve as a prime minister without party affiliation and then call snap elections that he himself would not take part in.

The cease-fire signed by leaders of Armenia, Azerbaijan and Russia on Nov. 10 halted military action in and around Nagorno-Karabakh, an enclave internationally recognized as part of Azerbaijan but populated by ethnic Armenians.

Some 2,000 Russian peacekeeping troops are now being deployed to the region.

Large areas in Nagorno-Karabakh previously controlled by Armenians were handed over to Azerbaijan, whose forces had captured territory including areas that Baku lost in an earlier war in the 1990s.