Around 10,000 people likely have coronavirus in UK, government says 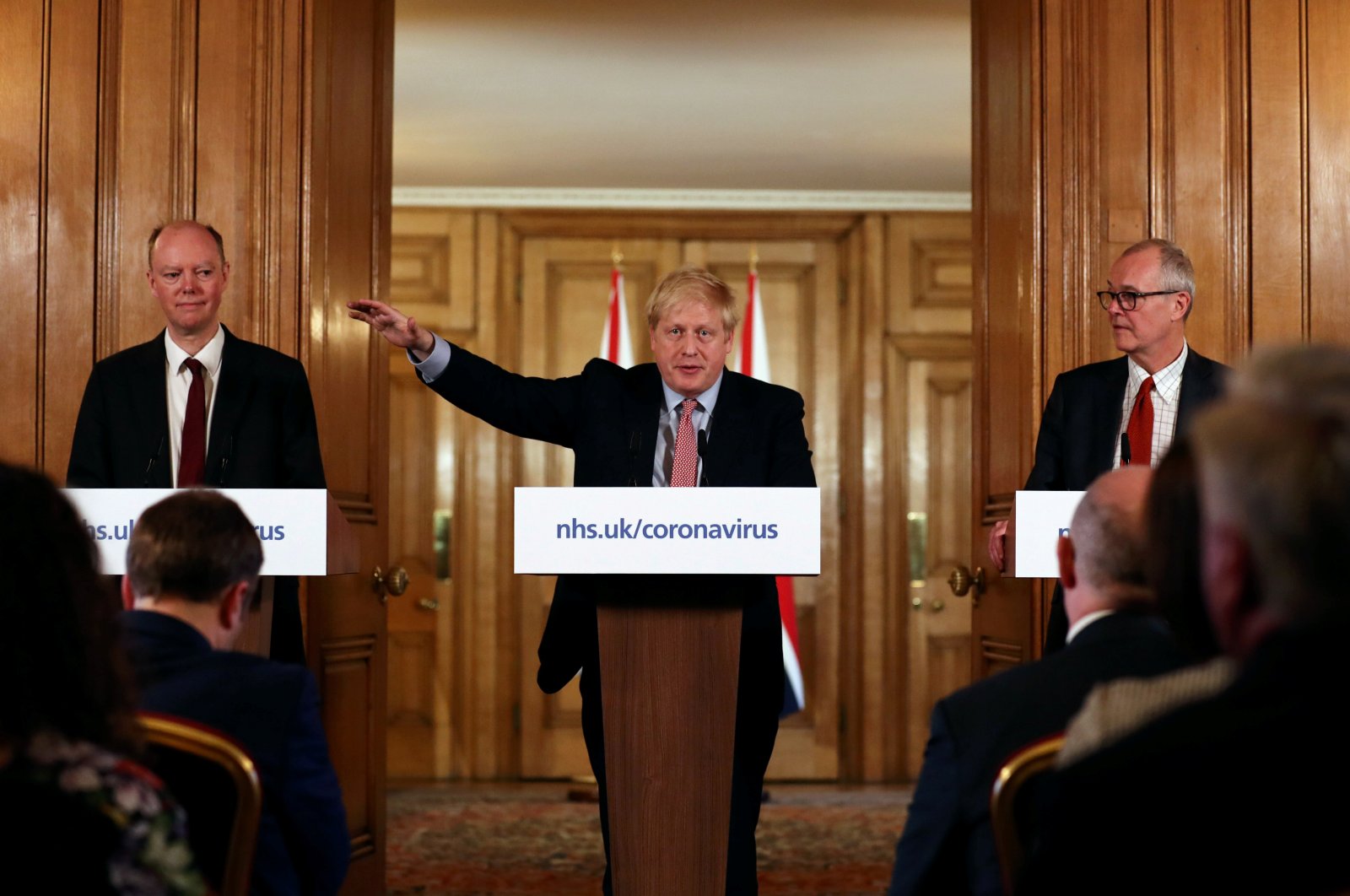 Britain on Thursday said up to 10,000 people in the U.K. could be infected with the novel coronavirus, as it announced new measures to slow the spread of the outbreak.

Government chief scientific adviser Patrick Vallance said there were 590 confirmed cases but it was "much more likely we've got somewhere between 5,000 and 10,000 people infected."

Britain was on a trajectory of cases "about four weeks" behind Italy and other worst-hit countries in Europe, he added.

Worldwide, the virus has so far infected more than 127,000 people and killed over 4,600, according to an AFP tally.

Vallance spoke after Prime Minister Boris Johnson called the outbreak, which has so far killed 10 in Britain, "the worst public health crisis for a generation" -- and warned it would get worse.

"Many more families are going to lose loved ones before their time," he told a news conference at his Downing Street office.

He announced new measures to combat the rapid spread of the virus, recommending anyone with COVID-19 symptoms stay at home for at least seven days.

Only people in hospital would be tested, he said, adding that schools will be asked to cancel foreign trips and elderly people or those in poor health were told not to go on cruise ships.

The move is designed to delay the peak of the virus to ease pressure on the state-run National Health Service, which is already stretched by winter flu outbreaks.

Lowering the peak by an estimated 20% by stretching it over a longer period would mean "more beds and more time for medical research... so society is better able to cope," Johnson added.

"This will help us to delay and flatten the peaks... because that is the way to minimize the suffering and minimize the impact of the disease," he said.

Johnson said further measures were likely in the coming weeks, including the possibility of canceling mass gatherings such as sporting events.

U.K. health officials said most of the 5,000 to 10,000 people will not be aware that they have COVID-19 but it was clear the virus was circulating in the community.

Britain's response has been criticized for not going as far as other countries, including Italy, which has seen towns and cities quarantined, schools and shops shut and travel banned.

Johnson has repeatedly insisted that hand-washing is the best defense against contracting the virus and maintained the government is being guided by his scientific advisers.

He reiterated Thursday that scientists advised against school closures, even as neighboring Ireland shut all its schools, colleges, child care facilities, and banned mass gatherings.

"Schools should only shut if they are specifically advised to do so," he told reporters.

She said that would ease pressure on the emergency services as more cases were detected.

But Johnson and his advisers stopped short of the following suit, saying the risk of transmission from large crowds was lower than in smaller venues.

The government is also fearful of public "fatigue" of tougher restrictions before they are needed most.

"This is going to be a long haul. It is very important we do not start things in advance of need," said Johnson.

On Wednesday, a former senior official at Public Health England accused the government of complacency.

"If this now spreads the way it looks likely to spread, there will not be enough hospital beds and people will have to be nursed at home," John Ashton told BBC television.

"We should have gotten a grip on this a month ago."

Ashton's criticism follows that of the editor of The Lancet medical journal, Richard Horton, who accused the government of "playing roulette with the public."

He said more aggressive "social distancing and closure policies" should have been introduced sooner.