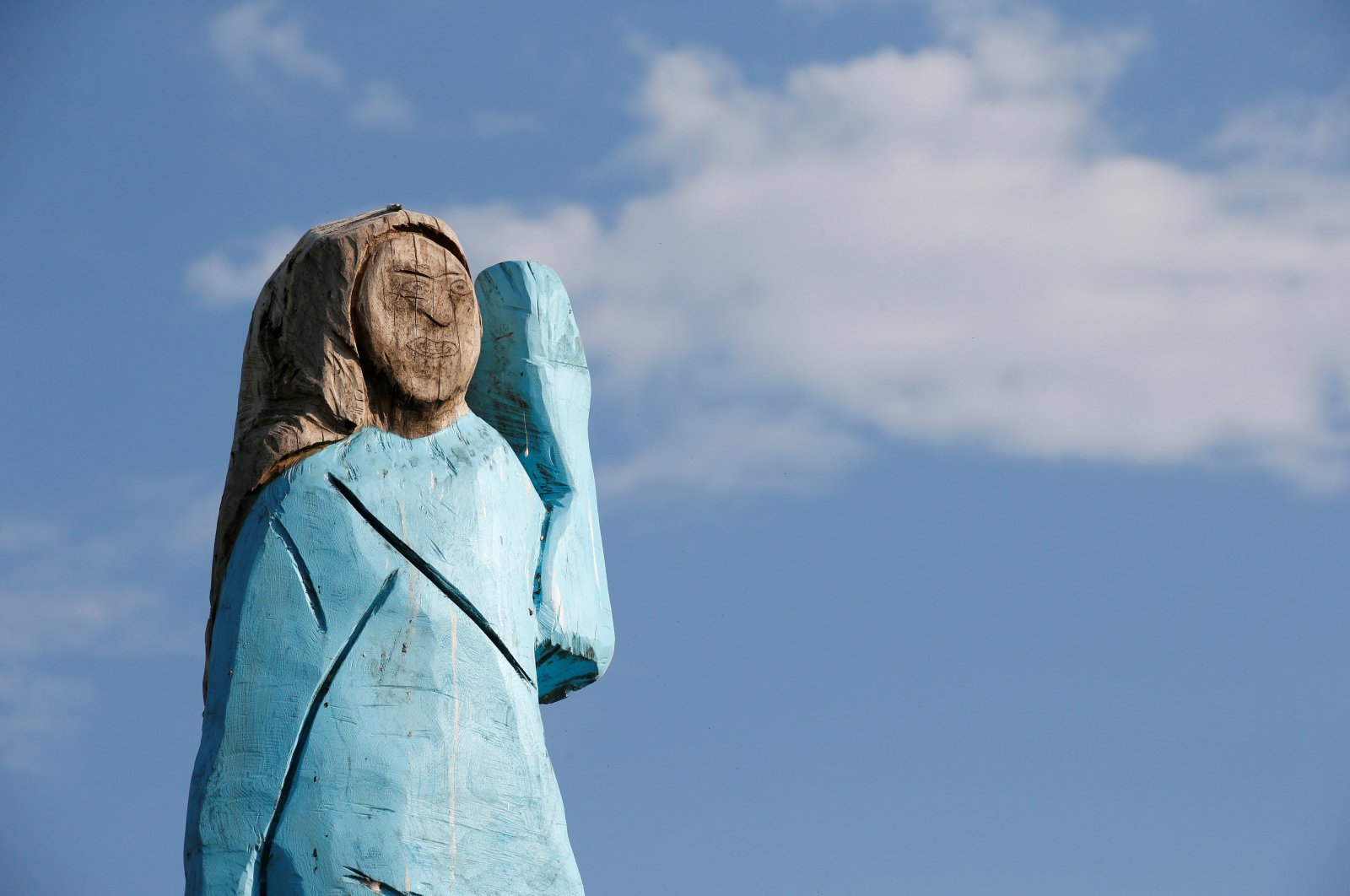 Police have no leads on the "unknown vandals" who earlier this month set on fire the statue near the town of Sevnica, where the first lady grew up, but are continuing to investigate, according to media reports.

U.S. artist Brad Downey had commissioned the statue to Slovenian Ales Maxi Zupevc, who uses a chainsaw to create his works, as part of his ongoing series "Melania."

The statue, showing the former model in a blue dress and heels, was met with resentment and criticism in Slovenia.

It has been described on social media as a scarecrow while other critics saw the work as a representation of the Virgin Mary.

"Whether the burning of the statue is part of an artistic action is not clear," national broadcaster RTV commented.