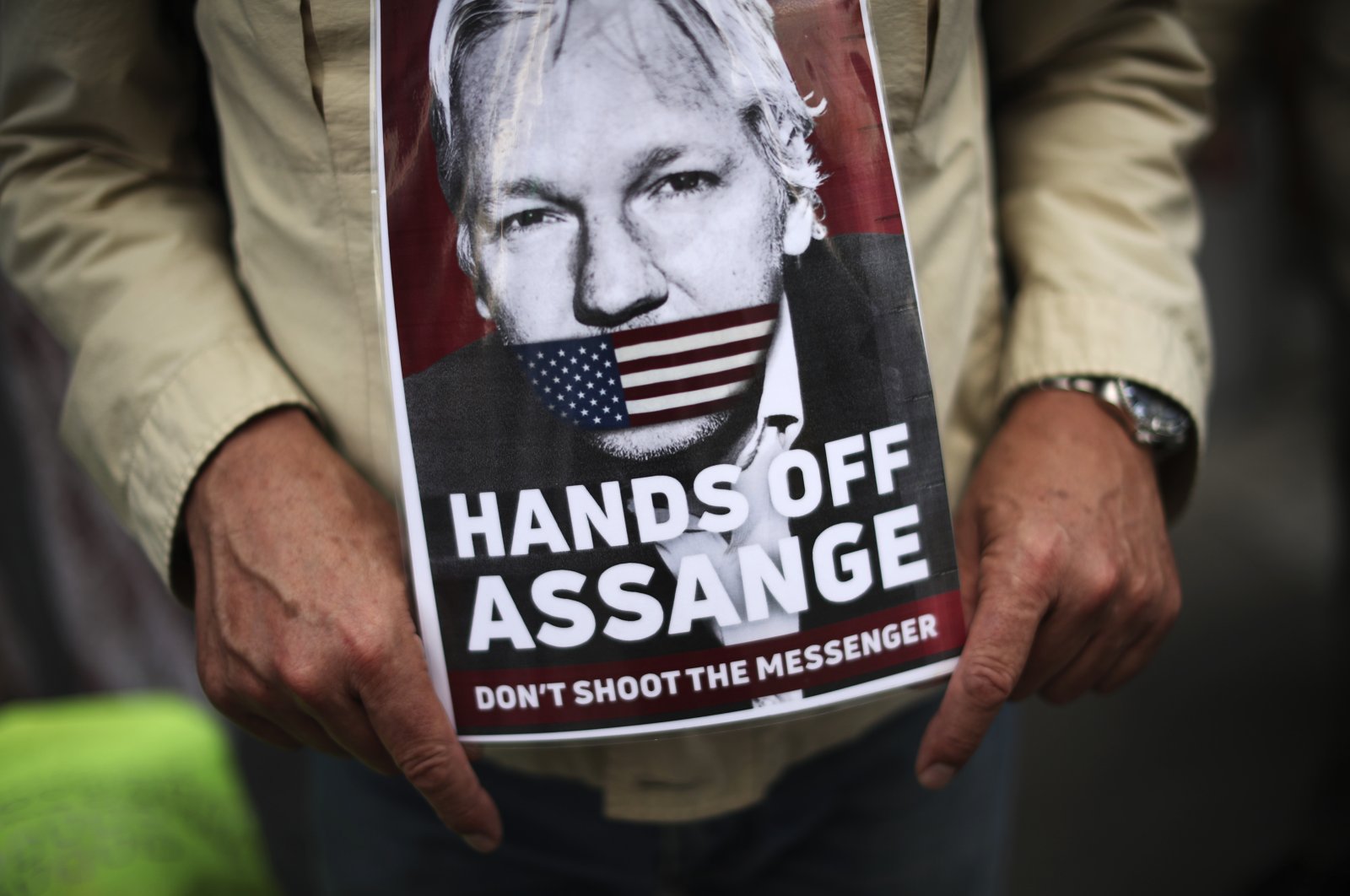 A man holds a photograph of WikiLeaks founder Julian Assange during a protest demanding the freedom of Assange in front of the U.K. embassy in Brussels, Sept. 7, 2020. (AP Photo)
by ASSOCIATED PRESS Sep 10, 2020 3:13 pm

The London hearing on WikiLeaks founder Julian Assange's extradition from Britain to the United States was suspended Thursday because one of the lawyers may have been exposed to the coronavirus.

District Judge Vanessa Baraitser ordered the proceedings adjourned until Monday while a lawyer representing the U.S. government is tested for the virus.

Assange's attorney, Edward Fitzgerald, said it had to be assumed that the lawyer had the virus and "COVID will be in the courtroom.”

The judge asked for submissions from both legal teams about what to do if the lawyer is confirmed to have COVID-19.

Assange is fighting American prosecutors’ attempt to get the British government to send him to the U.S. to stand trial on spying charges.

U.S. prosecutors have indicted the 49-year-old Australian on 18 espionage and computer misuse charges over WikiLeaks’ publication of secret U.S. military documents a decade ago. The charges carry a maximum sentence of 175 years in prison.

Assange’s lawyers say the prosecution is a politically motivated abuse of power that will stifle press freedom and put journalists around the world at risk.

The hearing started Monday at London’s Old Bailey criminal court and is scheduled to last about a month.