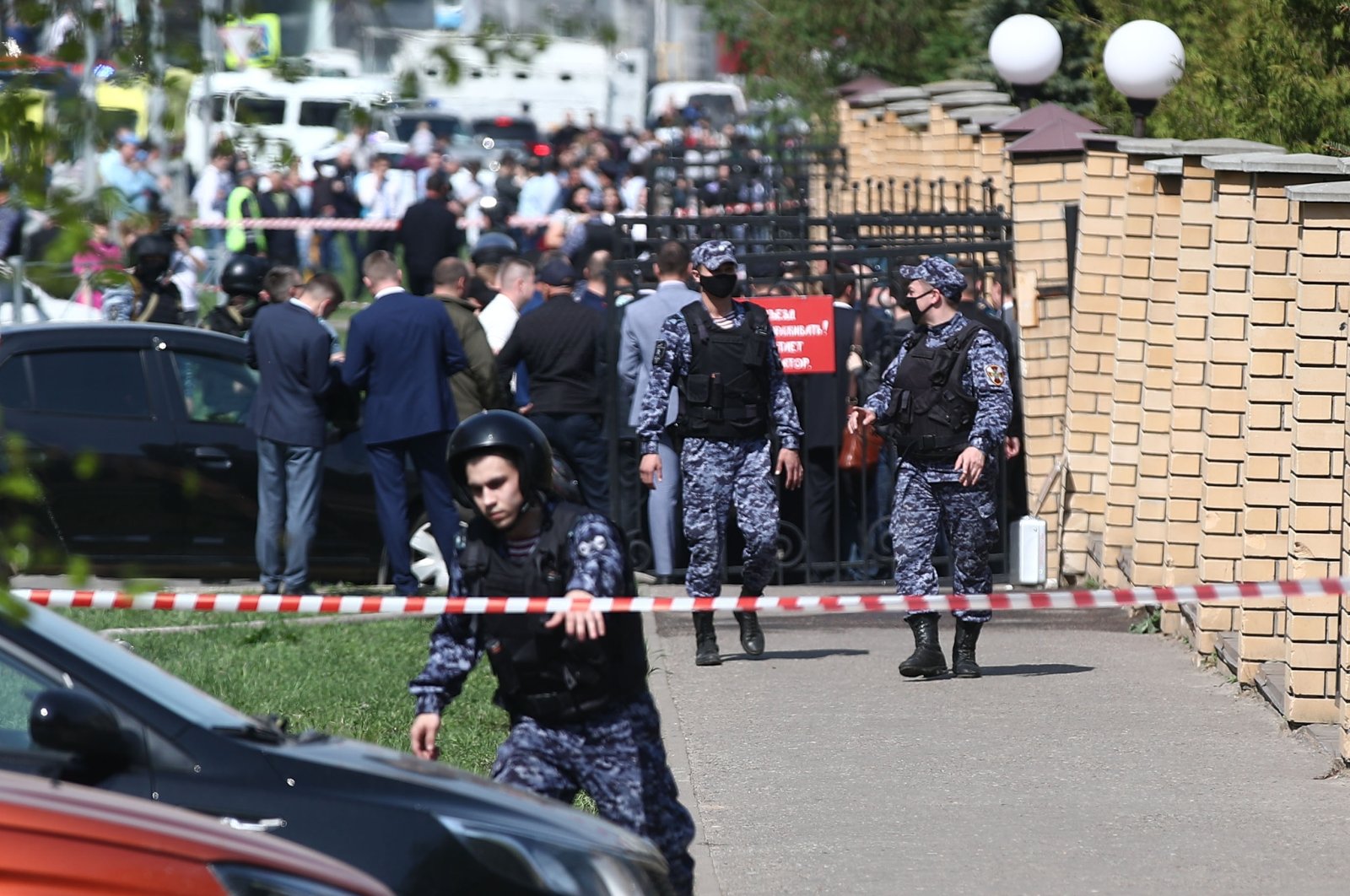 At least seven people were killed during a shooting at a high school in the southwestern Russian city of Kazan Tuesday, the governor of the city, Rustam Minnikhanov, announced. A total of 16 people were hospitalized, he added.

Four male and three female eighth grade students died in the shooting and 12 more children and four adults have been hospitalized as a result of the attack, Minnikhanov said.

"The terrorist has been arrested, (he is) 19 years old. A firearm is registered in his name. Other accomplices haven't been established, an investigation is underway," he said after visiting the school Tuesday.

There have been conflicting reports about the situation, with some Russian news agencies reporting that two teenage gunmen were involved and others saying that there was just one gunman.

An explosion was heard at the school and one gunman has been detained, RIA news agency reported.

Interfax said that there were two attackers at the school and that the second could still be in the building.

Video footage shared on social media showed emergency service vehicles parked outside the school, with people running toward the building. Other videos showed broken windows with debris outside.

Local officials said some children have been evacuated from the school, but others still remain in the building. Authorities said additional security measures have been put into place in all schools in Kazan, the capital of Russia's Tatarstan region, roughly 700 kilometers (430 miles) east of Moscow. Police have opened a criminal investigation into the incident.

While school shootings are relatively rare in Russia, there have been several violent attacks on schools in recent years, mostly carried out by students.