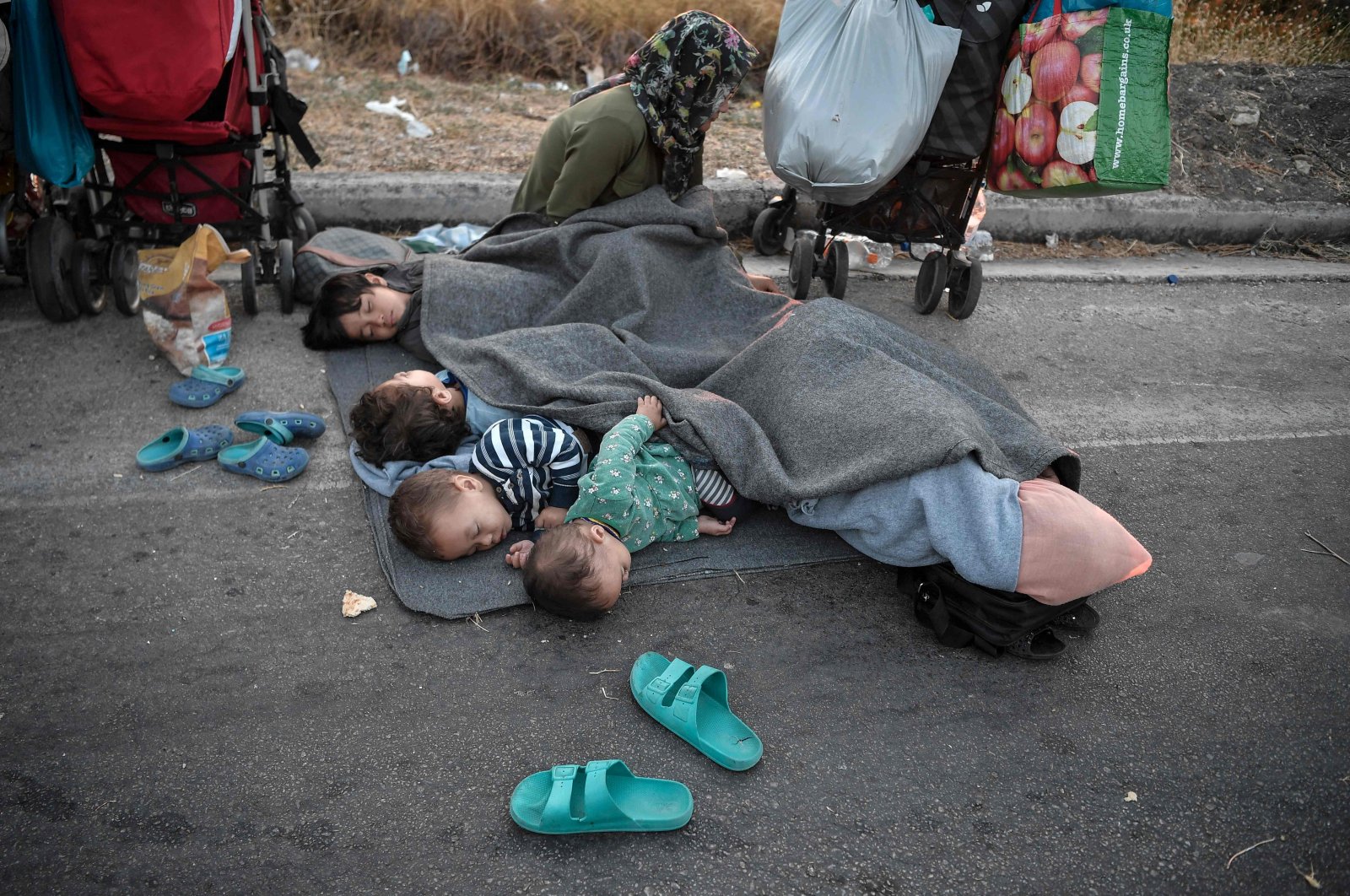 Migrants rest as they spend the night on the road near Mytilene, after a fire destroyed Greece's largest refugee camp, Moria, on the island of Lesbos, early on Sept. 10, 2020. (AFP Photo)
by German Press Agency - DPA Sep 10, 2020 5:53 pm
RECOMMENDED

Vienna's leftist city administration lashed out against the Austrian government Thursday for blocking the capital's plan to accept 100 children from the Moria migrant camp in Greece.

There are also divisions on this issue within the national government, which includes conservatives and Greens.

It was "natural" to take in these children, Social Democratic Mayor Michael Ludwig said.

"I hope that Chancellor (Sebastian) Kurz does not stand in the way of humanity," said Green Deputy Mayor Birgit Hebein, referring to the conservative government leader and his anti-immigration stance.

The city already declared at the end of September that it would host the minors, one and a half weeks before the overcrowded Moria camp on the island of Lesbos was destroyed in a fire.

However, conservative government ministers have categorically rejected the plan.

"If we distribute the people from Lesbos across Europe now, we might spark hope in others who will then turn to human traffickers" to come to Greece and eventually to Western Europe, Foreign Minister Alexander Schallenberg told Austrian broadcaster ORF late Wednesday.

The issue has also opened a rift within the conservative-Green coalition government.

While Green ministers have kept a low profile regarding Moria, senior Green parliamentarian Ewa Ernst-Dziedzic made a point of traveling to the camp Thursday.

"The EU must not operate a European Guantanamo as a deterrent" that scares off potential refugees, she wrote on Facebook.

"It is no secret the positions of the governing parties are completely different on this issue," she added, calling for the evacuation of migrants from Lesbos.