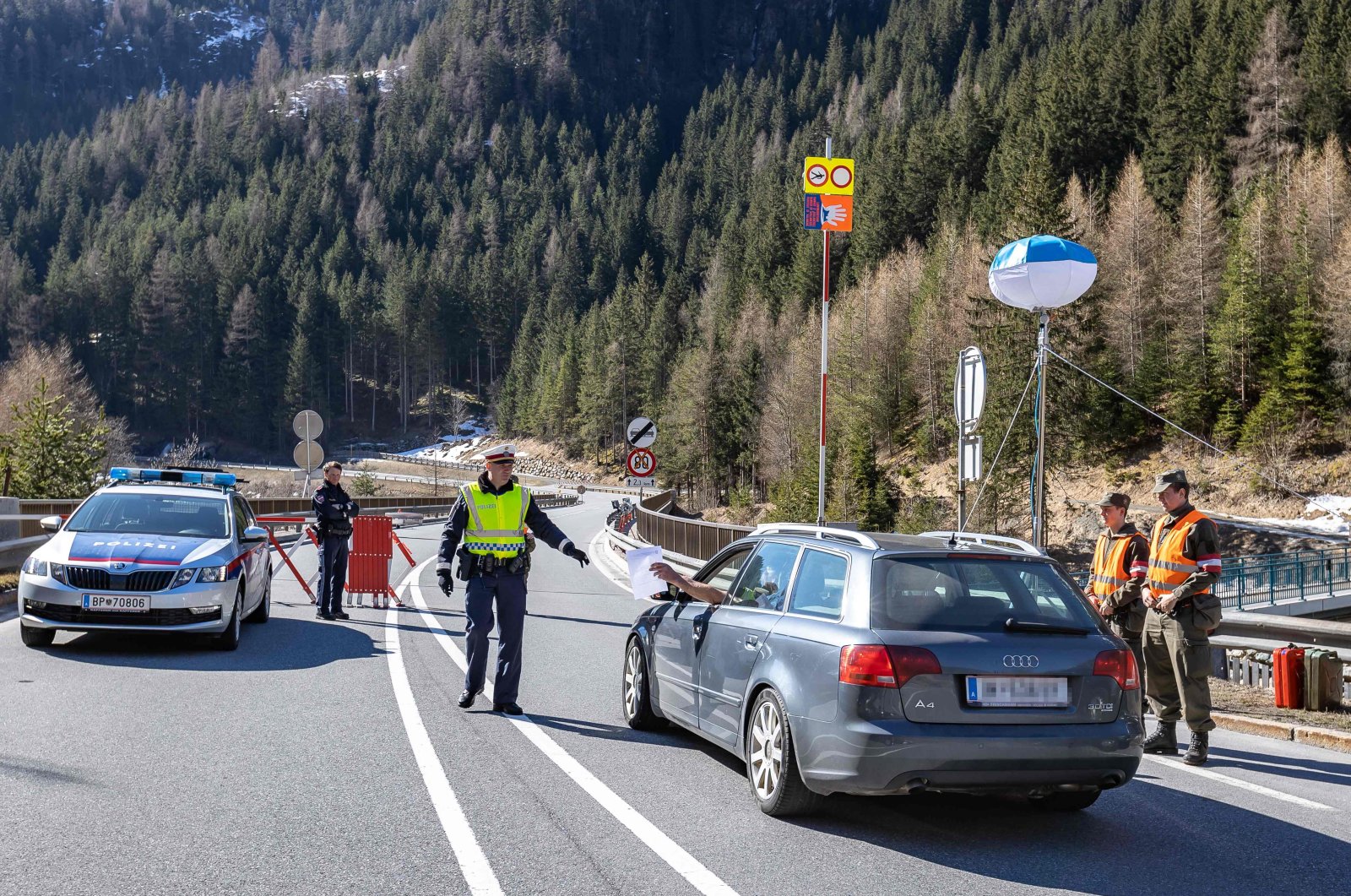 A driver presents documents to an Austrian policeman, March 2020 in Soelden, where people were filtered after the Tyrol town was quarantined due to the novel coronavirus epidemic. (AFP File Photo)
by REUTERS Apr 07, 2020 6:28 pm
RECOMMENDED

Austria's Alpine province of Tyrol lifted on Tuesday the quarantine order placed on its towns and villages to combat the spread of the new coronavirus, though several particularly hard-hit ski resorts remain sealed off.

The province, wedged between Italy and Germany, was the first to report cases of the new coronavirus in Austria and became its most infected region.

On March 19 local authorities placed every town under quarantine, ordering people to stay in their community and banning outdoor exercise, even stricter measures than a national lockdown introduced days earlier.

"We have lifted the quarantine on communities ... The reason was that we have stable infection growth numbers. The rate of (daily) infection increases was less than 5% and this trend is holding," Tyrol's conservative Governor Guenther Platter told a news conference.

Tyrol's decision to loosen its measures and align itself with the rest of the country came hours after Chancellor Sebastian Kurz on Monday outlined plans to start reopening non-essential shops after Easter.

Tyrol reported Austria's first coronavirus cases – a couple infected in Italy – on Feb. 25. It still leads the country in infections, with 2,835 of Austria's more than 12,500 cases.

Local authorities in Tyrol have come under fire for their apparently slow response to outbreaks in ski resorts where the virus found a breeding ground in crowded apres-ski bars, infecting hundreds of tourists from across Europe.

The resort town of Ischgl, where a quarantine remains in place, is at the origin of the country's biggest cluster of infections. Just over 600 cases in Austria can be traced back to that area.

Austria's public health authority has concluded Ischgl's outbreak began in early February, even though the first positive test there was a month later. The first action taken was to order the closure of a bar with an infected staff member on March 9.

Tyrol's government has dismissed the finding that Ischgl's outbreak began in early February as "not serious". Prosecutors have asked the police to investigate whether there was a failure to declare an infection after a German media report of a positive test in late February.

Tyrol is planning extra tests in the coming days in Ischgl and its surroundings as well as at the resorts of St Anton am Arlberg and Soelden, which remain under quarantine.

"Experts will carry out an analysis and clear things up, then in agreement with the Health Ministry we will decide what to do next from April 14, but we will announce this decision at the weekend," Platter said.