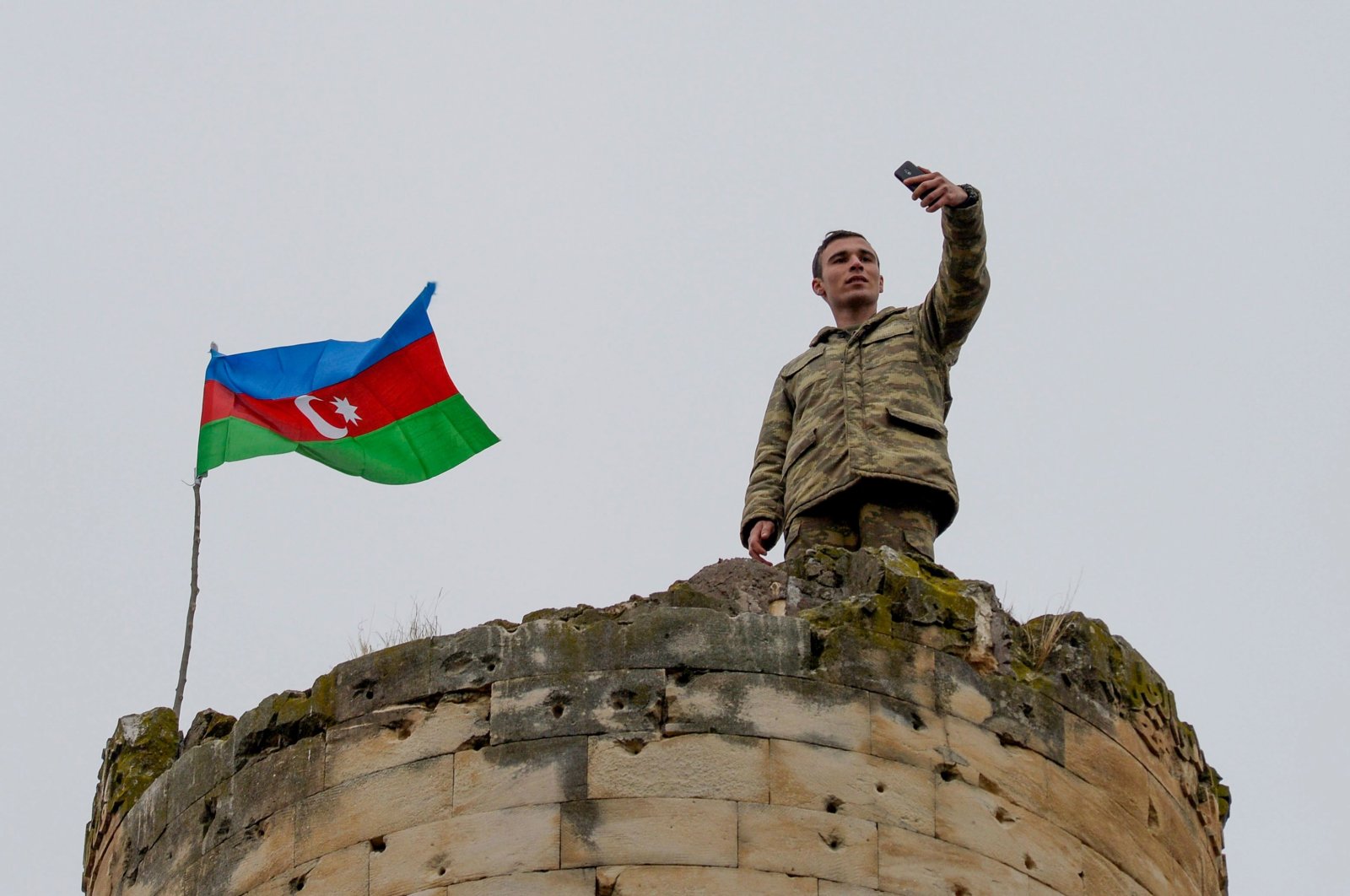 The Azerbaijani army entered the region of Lachin following its 28-year occupation by Armenian forces on Monday.

Azerbaijan's defense ministry released a video showing a tank flying an Azerbaijani flag leading a line of trucks into the Lachin district.

Like in Aghdam and Kalbajar, the Armenian population of Lachin left the area ahead of the handover, taking livestock, firewood, furniture and even plastic water pipes.

Some of them burnt their homes as they left, and on Monday evening two houses on the outskirts of Lachin town were seen in flames.

The column of a dozen Azerbaijani military trucks moved slowly overnight along the corridor in the direction of the Armenian border, with Russian military vehicles at the head and rear.

While the current population leaves the area, some formerly displaced Armenians have been returning to the liberated Nagorno-Karabakh alongside the displaced Azerbaijanis.

Russia's defense ministry, which is helping with the returns, said on Monday that more than 25,000 people who fled the fighting had been brought back.

In a televised address on Tuesday, Azerbaijan's President Ilham Aliyev celebrated the dawn of "a new reality".

"We've driven the enemy out of our lands. We've restored our territorial integrity. We've ended the occupation," he said.

Aliyev also hailed the restoration of control over the areas as a historic achievement.

“We all lived with one dream and now we fulfilled it," Aliyev said and added: “We won a victory on the battlefield and on the political arena, and that victory opens a new era for our country. It will be an era of development, security and progress."