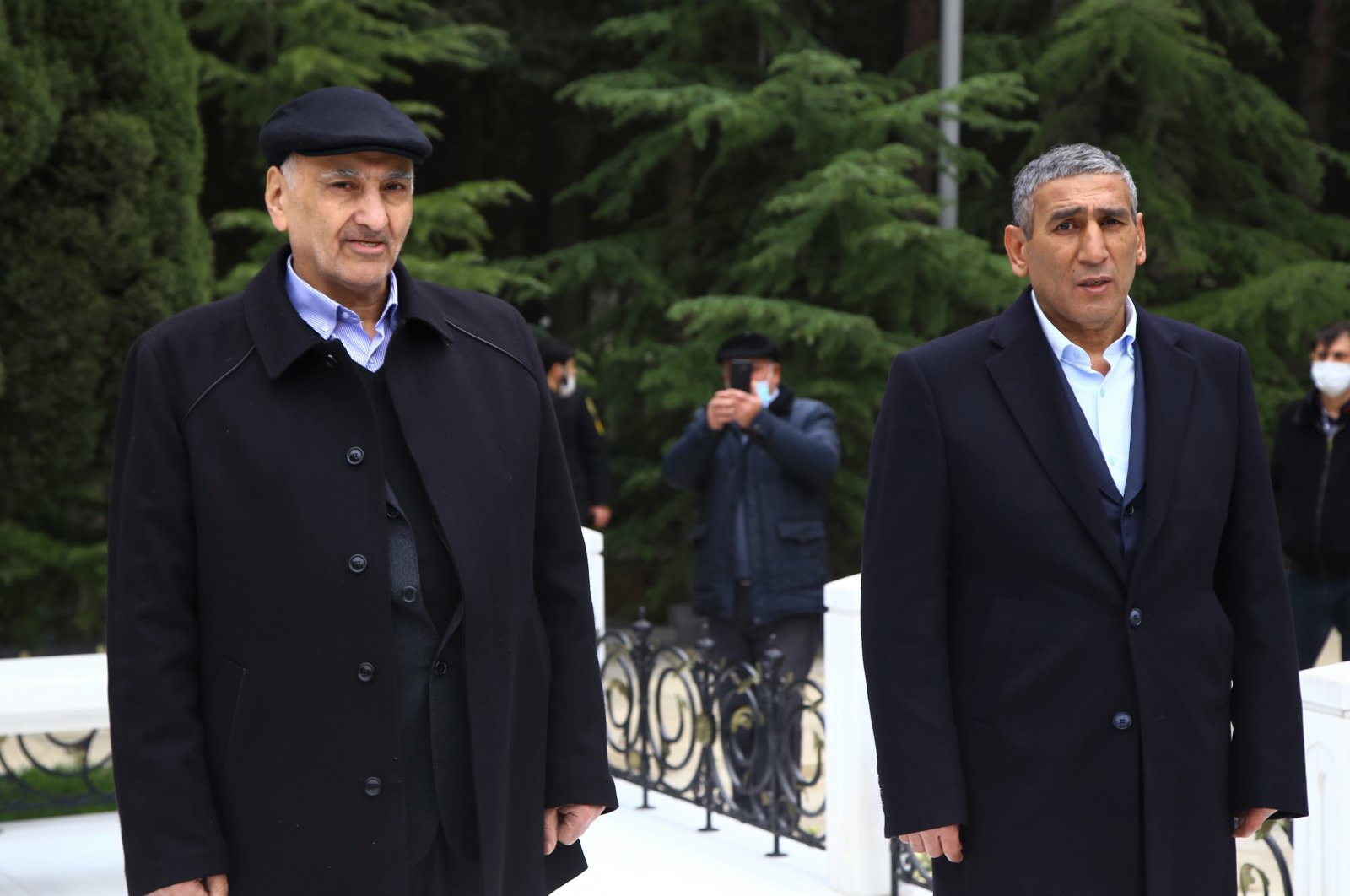 Two Azerbaijanis, who were recently released by Armenia after almost six years, are still haunted by the torture they experienced in prison.

On Nov. 14, Azerbaijan and Armenia launched a prisoner and hostage exchange under a Russia-brokered agreement signed on Nov. 10, to end decades of fighting.

Dilgam Asgarov and Shahbaz Guliyev were among the released Azerbaijani prisoners.

In 2014, Asgarov and Guliyev, along with Hasan Hasanov, traveled to the Kalbajar region, which was under the Armenian occupation at the time, to see the village they were born and grew up in and visit the graves of their relatives.

After they were spotted by Armenian soldiers, Hasanov was killed while Asgarov and Guliyev were taken hostages.

Hasanov's corpse was returned to Azerbaijan after three months while Asgarov was sentenced to life in prison and Guliyev to 22 years behind bars.

Asgarov and Guliyev said, although they are free now, they cannot forget the murder of their friend Hasanov and the torture they experienced in prison.

Recalling torture he experienced in prison, Asgarov said: "We were allowed to take some air only for half an hour during the day. I was locked in a solitary confinement cell."

"However, I never lost hope. I always said, both in court and in prison, that Azerbaijani soldiers will come one day. Because, I knew that President Ilham Aliyev did not accept Karabakh's occupation," he said.

Asgarov said the Armenians wanted to make him speak against Azerbaijan on a video recording.

Asgarov claimed that Armenia used PKK terrorists in the war.

Guliyev said they were unjustly imprisoned for going to their own land.

Saying they were subjected to various forms of torture during their captivity, he said: "It was not life. It was not living."

During the 44-day conflict, Azerbaijan liberated several cities and nearly 300 settlements and villages from the nearly three-decadelong occupation.

Despite the Nov. 10 deal ending the conflict, the Armenian army several times violated the agreement and martyred several Azerbaijani soldiers and a civilian, according to the Azerbaijani Defense Ministry.