Belarus being forced to merge with Russia, president says 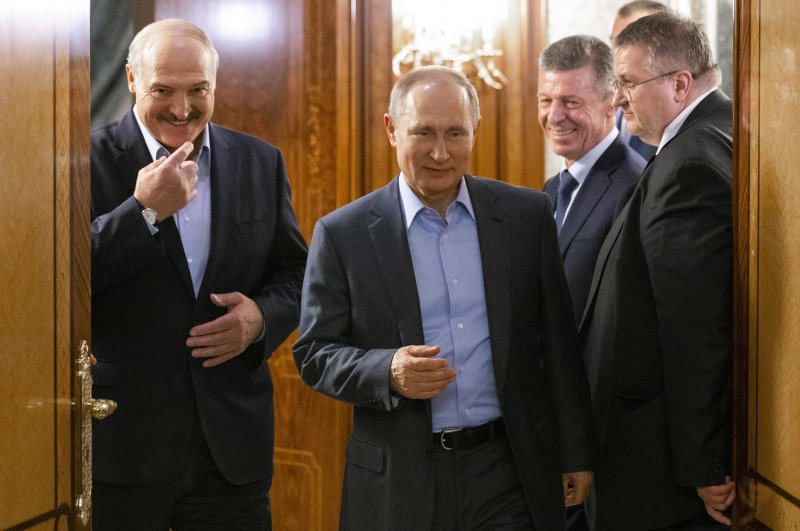 The president of Belarus said Thursday that his country is "being forced into integration” with Russia and insisted that real integration of the two countries' economies implied “sovereignty and independence” for Belarus.

“We remain committed, as always, to real integration without being forced into integration,” President Alexander Lukashenko said at a meeting with Mikhail Myasnikovich, chair of the Eurasian Economic Commission.

His statement comes as tensions are running high between the neighboring ex-Soviet states. Negotiations on closer economic ties have stalled, Russia halted oil supplies to Belarus and Lukashenko has repeatedly accused the Kremlin of pushing for a merger of the two countries.

Merging with Belarus is seen by many as a strategy for Russian President Vladimir Putin to stay in power well past the legally mandated end of his presidential term in 2024 by becoming the head of a new state.

Lukashenko said that Belarus had initiated the “real integration” of the two ex-Soviet states in the 1990s, when Boris Yeltsin was in power, while maintaining “sovereignty and independence."

“Back then, we never talked about someone losing their sovereignty and independence. With all the difficulties back then, we managed to find solutions for complicated issues,” the president said.

Lukashenko, who has ruled Belarus with an iron fist for more than two decades and is up for re-election this year, indeed pushed for the Russia-Belarus union state in the 1990s and was said to have had aspirations of becoming its leader. In 1997, Russia and Belarus signed a union treaty that envisaged close ties but stopped short of forming a single state.