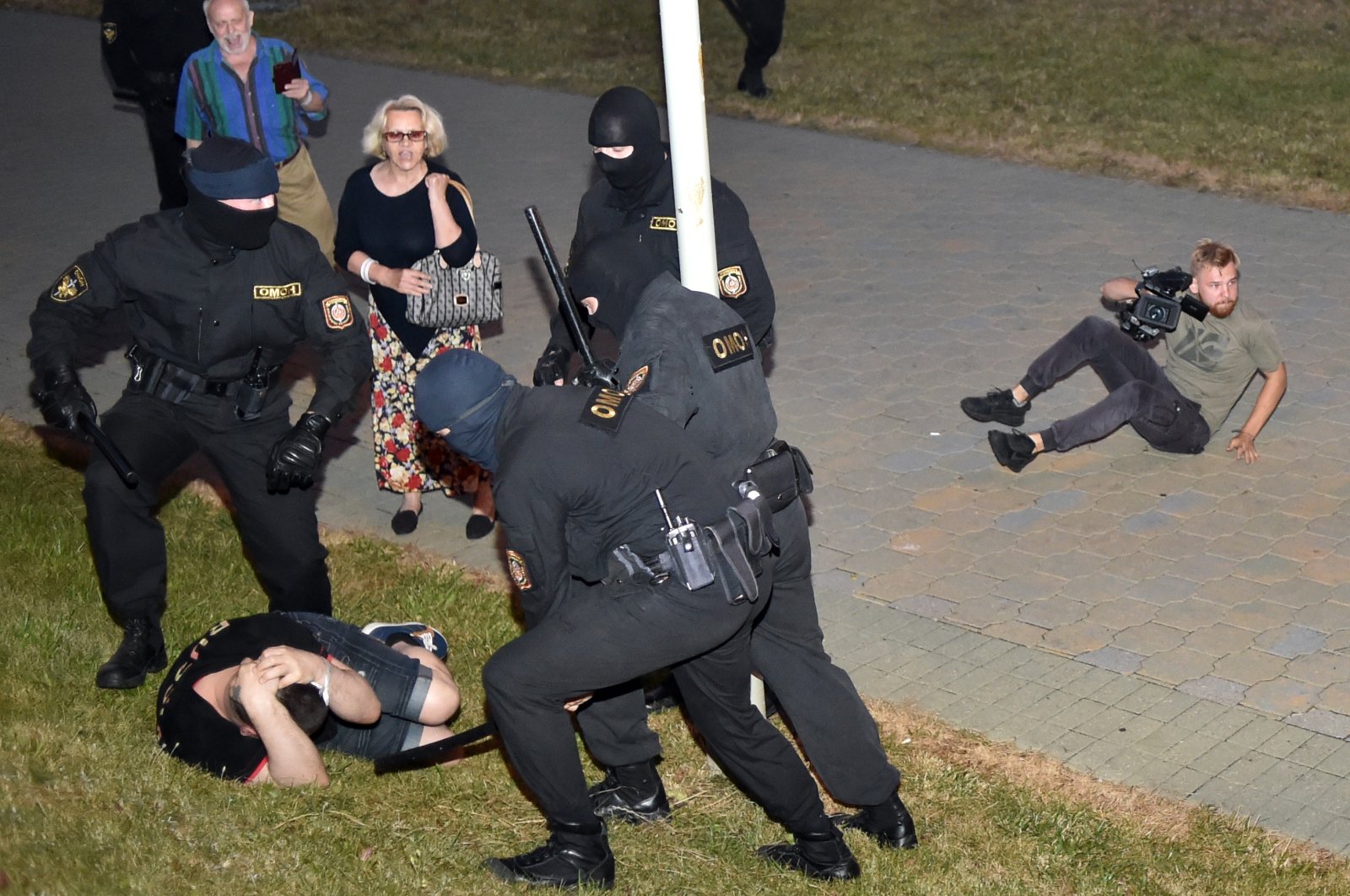 Belarusian police detained more than 1,000 protesters on the third night of protests Tuesday that broke out over a contested election handing a new term to President Alexander Lukashenko, the Belarusian Interior Ministry said.

The ministry said Wednesday that 51 protesters and 14 police officers were hurt during the protests overnight.

"We will discuss urgent issues and address the situation in the Eastern Mediterranean, the Belarus Presidential elections as well as developments in Lebanon," he tweeted Wednesday.

The ministers will also discuss the situation in Lebanon and the Eastern Mediterranean.

Borrell warned Tuesday that the 27-nation bloc is mulling action against those involved in the police crackdown or against officials who might have interfered with the vote. Borrell said the elections "were neither free nor fair” and called on Minsk to begin a dialogue with society to avoid further violence.

In 2016, the EU lifted most of the sanctions it slapped on Belarus in 2004 after Lukashenko, dubbed “Europe's last dictator in the West,” freed political prisoners and allowed protests.

The top opposition candidate in Belarus' presidential election left for Lithuania Tuesday, but anti-government demonstrators still turned out for a third straight night to protest the vote results, despite a massive police crackdown that prompted a warning of possible EU sanctions.

Hundreds of people took to the streets of Minsk and several other cities on Tuesday evening. Clashes between the protesters and police using stun grenades and rubber bullets to disperse the crowds continued well into the night.

Earlier on Tuesday Sviatlana Tsikhanouskaya, 37, a former English teacher who entered the race after her husband's jailing in Belarus, apologized to her backers in a video statement and said it was her own choice to leave the country.

“It was a very hard decision to make,” Tsikhanouskaya said, looking haggard and distressed. “I know that many of you will understand me, many others will condemn me and some will even hate me. But God forbid you ever face the choice that I faced.”

In another video statement released later Tuesday, she urged her supporters to respect the law and to avoid clashes with police.

The statements marked an abrupt about-face for Tsikhanouskaya hours after she dismissed the official results of Sunday’s election that showed President Alexander Lukashenko winning a sixth term with a landslide 80% of the vote, and her getting just 10%.

Her campaign aides said she made the unexpected moves under duress. Tsikhanouskaya’s husband, an opposition blogger who had hoped to run for president, has been jailed since his arrest in May.

Lukashenko, who has ruled the ex-Soviet nation of 9.5 million with an iron fist since 1994, has derided the opposition as “sheep” manipulated by foreign masters and vowed to continue taking a tough position on protests despite Western rebukes over the election.

Thousands of opposition supporters protesting the election results encountered aggressive police tactics in the capital of Minsk and several other Belarusian cities.

On Monday, a protester died amid clashes in Minsk and scores were injured as police used tear gas, flash-bang grenades and rubber bullets to disperse them.

Belarus’ health officials said over 200 people were hospitalized with injuries following the protests, and some underwent surgery.