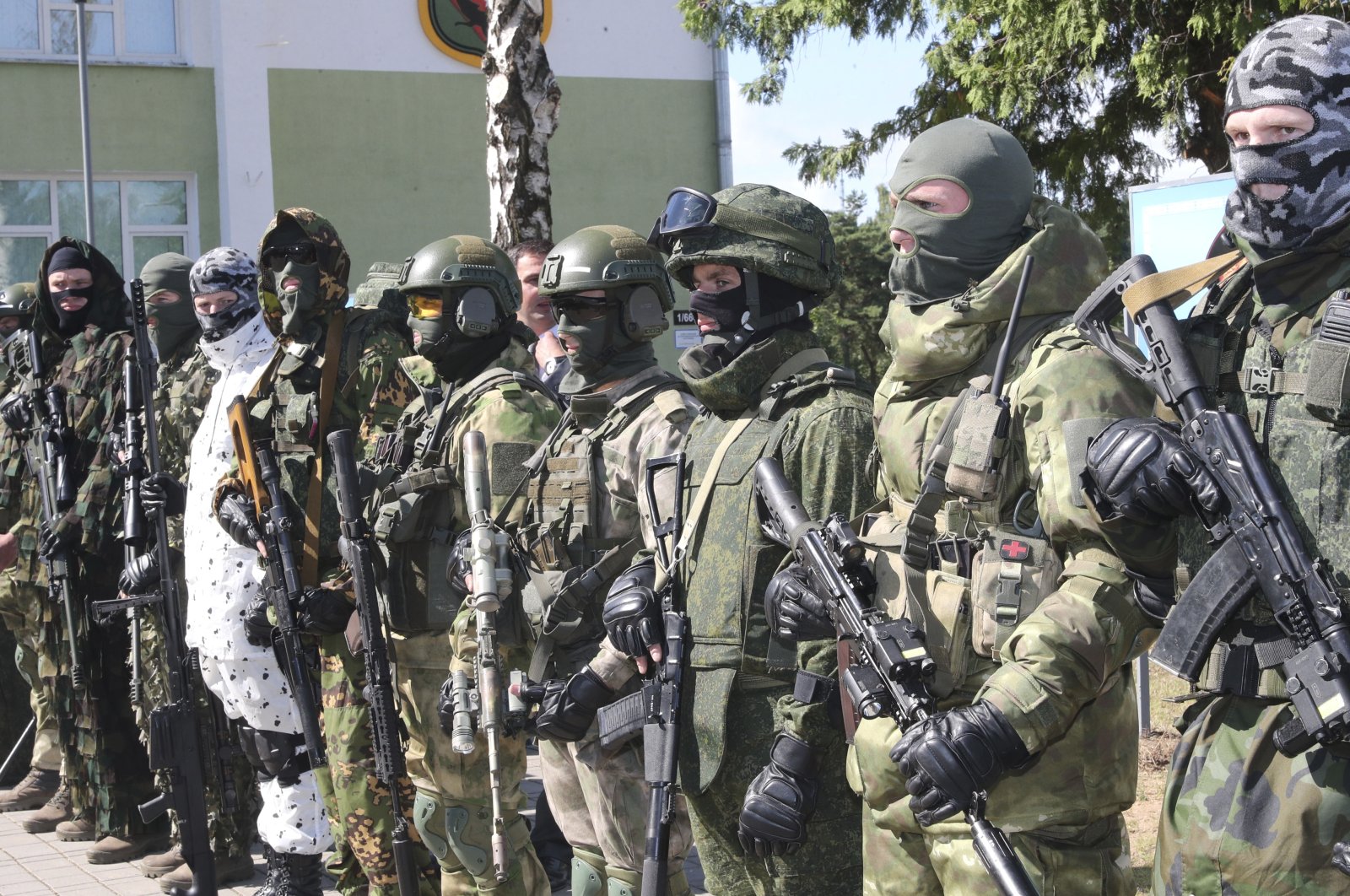 Troops stand at attention as Belarusian President Alexander Lukashenko visits the military base in the town of Maryina Gorka, southeast of Minsk, Belarus, July 24, 2020. (BelTA Pool Photo via AP)
by Daily Sabah with Reuters
Jul 29, 2020 3:21 pm

Law enforcement agencies received information that more than 200 militants arrived in Belarus to destabilize the situation during the presidential election campaign. The polls are scheduled for Aug. 9.

Belta later said the fighters belonged to the notorious Russian mercenary organization Wagner Group. The agency published a list of the names, surnames and dates of birth of the alleged Russian mercenaries.

President Alexander Lukashenko, a 65-year-old former Soviet collective farm boss, faces the biggest challenge in years to his iron-fisted rule of the eastern European country, as anger swells over his handling of the coronavirus pandemic, the economy and human rights.

Lukashenko has accused opposition protesters of trying to overthrow him in the same way as the Russian-backed President of Ukraine Viktor Yanukovich was toppled by the Maidan street protests in 2014.