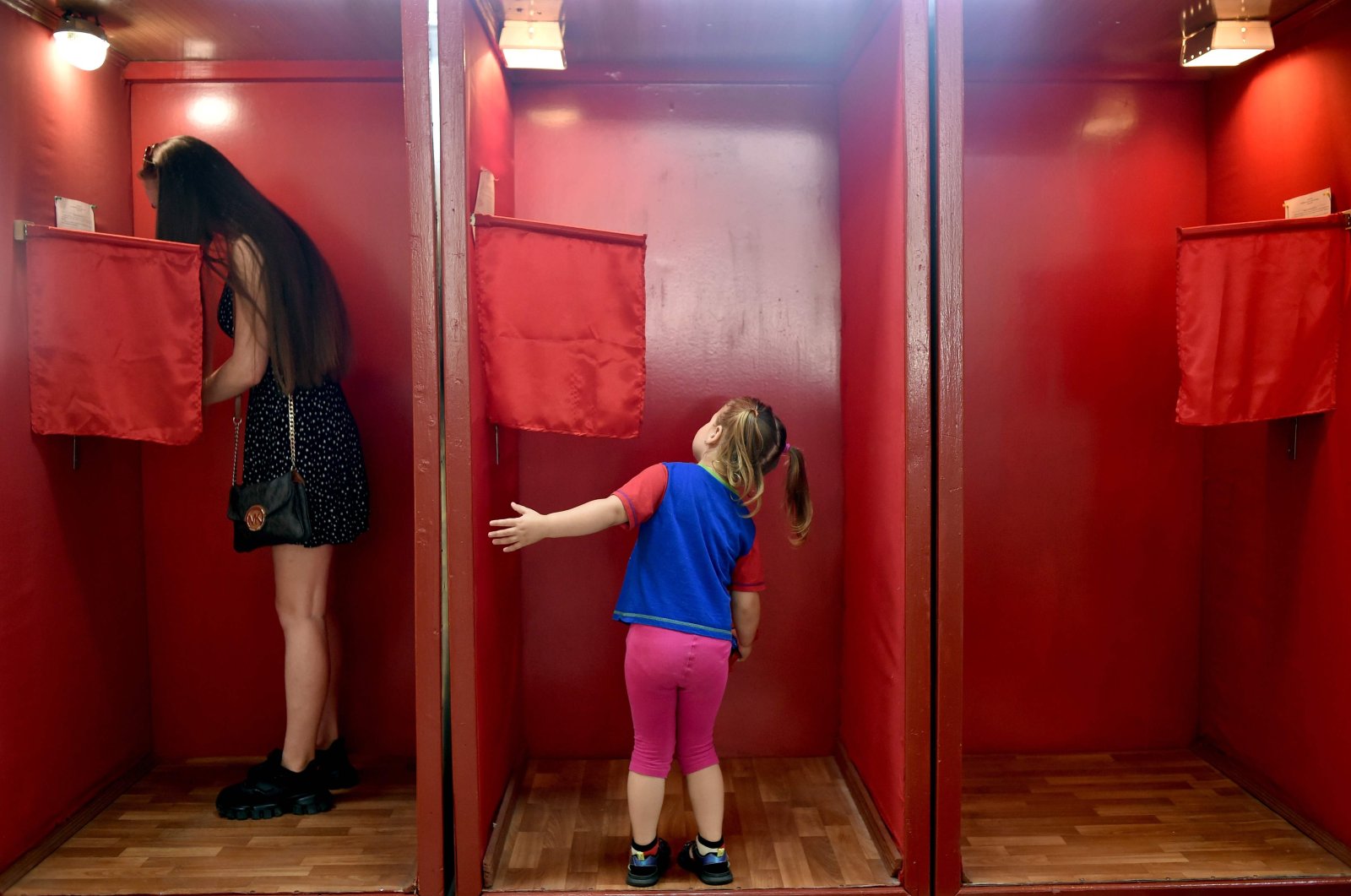 Belarusians headed to the polls Sunday to elect a president amid high tensions. Official exit polls showed authoritarian President Alexander Lukashenko taking 79.7% of the vote to clinch his sixth term in office.

Police and protesters clashed Sunday evening in the capital Minsk and other cities, with law enforcement using stun grenades, witnesses and media reports said. Independent local media said a police van rammed into a crowd of protesters in central Minsk and dozens of people were detained.

Opposition protests and arrests were also reported in other cities.

Security was unprecedented in Minsk, with government buildings cordoned off and the internet unavailable, Agence France-Presse (AFP) reporters said.

The election pitted Lukashenko, who has held an iron grip on the ex-Soviet nation since 1994, against four others in an atmosphere charged with wide public dismay over the country's deteriorating economy, political repression and Lukashenko's brushoff of the coronavirus threat.

The main challenger in Sunday's election, Svetlana Tikhanovskaya, said she did not trust results showing an overwhelming victory for Lukashenko.

"I believe my eyes, and I see that the majority is with us," Tikhanovskaya told a news conference after the official exit poll numbers were released.

The opposition had warned that it expected the vote to be rigged in favor of Lukashenko, who has been in power since 1994 and is seeking a sixth term.

But 37-year-old Tikhanovskaya said Belarusians had already won, after her campaign brought tens of thousands of supporters to rallies.

"We have already won, because we have overcome our fear, our apathy and our indifference," she said.

She accused authorities of blatant vote violations, saying turnout of more than 100% had been registered at some polling stations.

The government is "incapable of running the country," she said.

"The authorities should acknowledge that the majority are on the other side," Kolesnikova said.

Lukashenko made it clear Sunday he would not hesitate to quash any demonstrations following the election results.

“If you provoke, you will get the same answer,” he said after casting his ballot. “Do you want to try to overthrow the government, break something, wound, offend, and expect me or someone to kneel in front of you and kiss them and the sand onto which you wandered? This will not happen.”

Tsikhanouskaya is the wife of a jailed opposition blogger. Her campaign attracted highly visible support, a very unusual development in a country where opposition voices are generally suppressed. One of her rallies in the capital of Minsk was attended by an estimated 60,000 people.

Tsikhanouskaya emerged as Lukashenko's main opponent after two other prominent opposition aspirants were denied places on the ballot. One was jailed for charges that he calls political and the other, an entrepreneur and former ambassador to the U.S., Valery Tsepkalo, fled to Russia after warnings that he would be arrested and his children taken away.

Eight members of Tsikhanouskaya's campaign staff were arrested Sunday and the campaign chief was arrested a day earlier.

Three journalists from Russia's independent TV station Dozhd were detained after being forced to the ground by plainclothes police Sunday afternoon. Maria Kolsenikova, a top associate of Tsikhanouskaya who had been briefly detained on Saturday night, told the station the journalists were seized shortly after interviewing her.

Some voters were defiant in the face of Lukashenko's vow not to tolerate any protests.

“There is no more fear. Belarusians will not be silent and will protest loudly," 24-year-old Tatiana Protasevich said at a Minsk polling place Sunday.

As polls opened, the country’s central elections commission said more than 40% of the electorate had cast ballots in early voting, a figure likely to heighten concerns about the results’ legitimacy because of the potential for manipulation.

“For five nights nobody has guarded the ballot boxes, which gives the authorities a wide field for maneuverings,” Veronika Tsepkalo told The Associated Press (AP) on Sunday, a few hours before leaving Belarus.

The Organization for Security and Cooperation in Europe (OSCE), whose assessments of elections are widely regarded as authoritative, was not invited to send observers to the vote.

Tsikhanouskaya had crisscrossed the country, tapping into public frustration with Lukashenko’s swaggering response to the pandemic and the country’s stagnating Soviet-style economy.

Belarus, a country of 9.5 million people, has reported more than 68,500 confirmed coronavirus cases and 580 deaths, but critics have accused authorities of manipulating the figures to downplay the death toll.

Lukashenko has dismissed the virus as “psychosis” and declined to order restrictions to block its spread. He announced last month that he had been infected but had no symptoms and recovered quickly, allegedly thanks to doing sports. He has defended his handling of the outbreak, saying that a lockdown would have doomed the nation’s weakened economy.

Belarus has sustained a severe economic blow after its leading export customer, Russia, went into a pandemic-induced recession and other foreign markets shrank. Before the coronavirus, the country’s state-controlled economy already had been stalled for years, stoking public frustration.

Yet for some voters, Lukashenko's long, hardline rule is in his favor.

“He is an experienced politician, not a housewife who appeared out of nowhere and muddied the waters,” retiree Igor Rozhov said Sunday. “We need a strong hand that will not allow riots and color revolutions,” a reference to uprisings that forced out leaders in Georgia and Ukraine.

Belarusian authorities last week arrested 33 Russian military contractors and charged them with plans to stage “mass riots." The political opposition and many independent observers saw the arrests as an attempt to shore up Lukashenko's sagging public support.

The arrest of the Russians marked an unprecedented spike in tensions between Belarus and Russia, which often have acrimonious disputes despite their close ties.

When Russia and Belarus signed a union agreement in 1996, Lukashenko hoped to use it as a vehicle to eventually lead a unified state as the successor to Russia’s ailing president, Boris Yeltsin. The tables turned after Vladimir Putin became Russian president in 2000, and the Belarusian leader began resisting what he saw as a Kremlin push for control over Belarus.