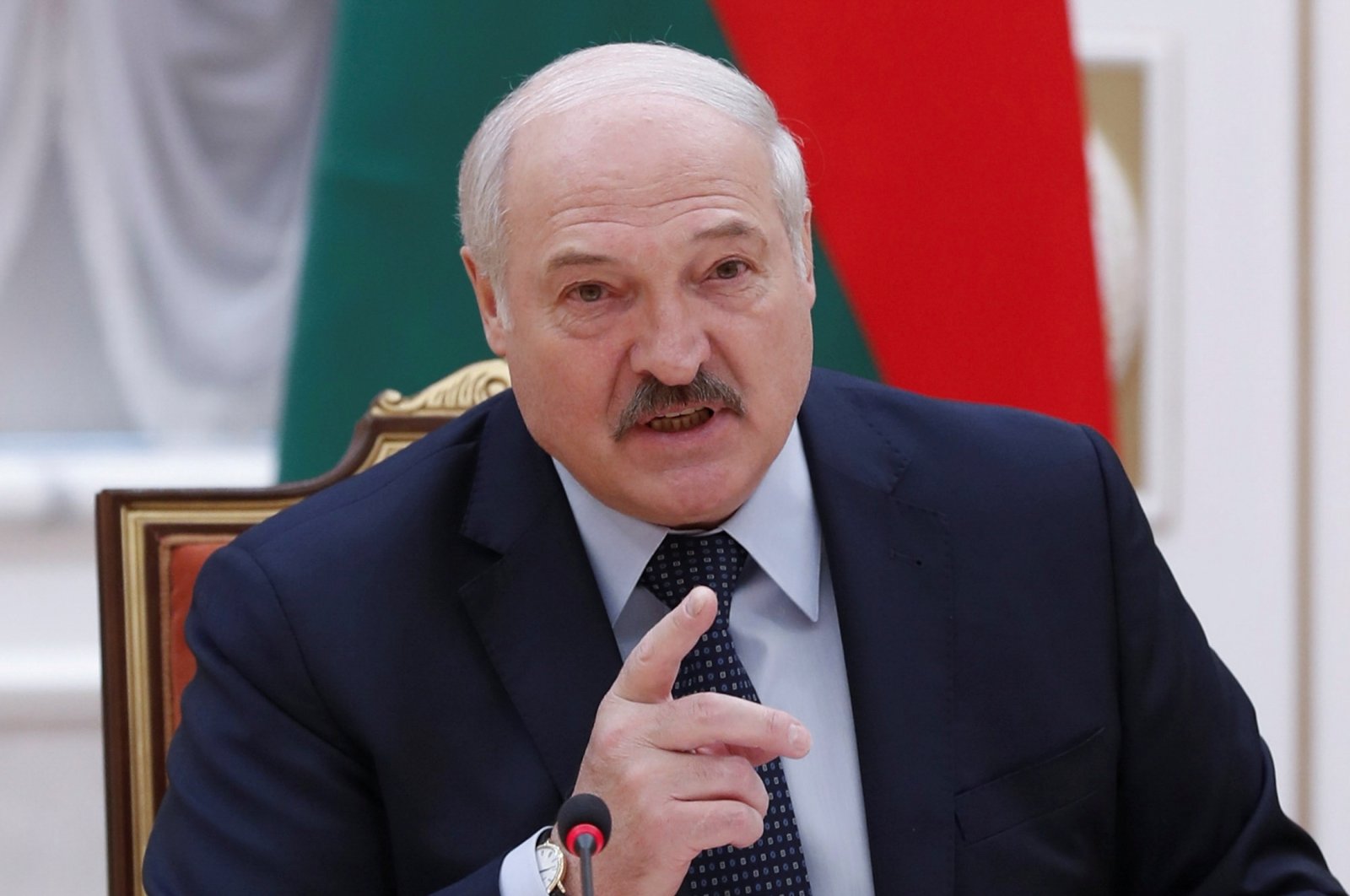 Belarusian President Alexander Lukashenko threatened to allow masses of migrants into Europe, and Germany in particular, in response to sanctions imposed by Europe over disputed elections, a mass crackdown and the detention of political opponents.

Lukashenko will stop allowing goods to transit through Belarus from China and Russia, he told a government meeting on Tuesday. He said he would allow masses of refugees from countries such as Afghanistan, Syria and Iraq into Europe.

"We will not stop anyone," Lukashenko said. People are on their way from war zones to "warm and comfortable Europe," and Germany needs workers, he said. At the same time, Lukashenko announced that he would no longer allow goods to transit through Belarus to Russia and China.

"Do you remember Skoda and Nivea and so on? We told them: guys, thank you and goodbye!" Lukashenko told his ministers.

The Belarusian market was closed as a first step, he said. The movement of goods through the country will now be banned in a second step, he added.

Lukashenko's moves follow a slew of sanctions imposed by the European Union over the violent crackdown on protests that followed last year's disputed presidential elections that were widely seen as rigged.

Sanctions imposed by Europe and also by the United States are putting pressure on Belarus, which is receiving financial support from Moscow. Belarus has long been financially dependent on Russia, with debts running into the billions.

The sanctions, however, do not appear to be deterring Minsk from its crackdown on opponents. On Tuesday, prominent opposition figure Viktor Babariko was sentenced to 14 years in a prison camp in Belarus on charges he said were politically motivated.

Meanwhile, EU Council President Charles Michel said Tuesday that member states suspect the Belarusian regime of having a hand in the influx of migrants entering Lithuania, adding that the bloc was "not intimidated." The Lithuanian border guard service said that over the past 24-hours alone they had detained 131 migrants, mostly from the Middle East and Africa.

That brings the total number of detected illegal crossings by migrants to more than 1,300 so far this year, compared to just 81 for all of 2020.

"There is the suspicion indeed that there is a role played by the Belarusian regime," Michel said during a visit to the Lithuanian border town of Medininkai. "We are not naive in Europe. We are also not intimidated," he told reporters.

He spoke alongside Lithuanian Prime Minister Ingrida Simonyte, who said that the "serious" migrant influx was "inspired by (Belarusian) government structures."

Lukashenko Tuesday blamed Lithuanian authorities for triggering the migrant influx themselves after Vilnius announced on Monday that it would cut the asylum request process to 10 days.

"If you declare to the whole world that you will register those who make their routes through Belarus even faster, they will keep going. You are opening the door for these migrants even wider," Lukashenko said, according to the local Belta news agency.

Minsk said last month it was suspending its participation in the Eastern Partnership, an initiative to boost ties between the EU and its ex-Soviet neighbors, after Brussels imposed new sanctions over the forced landing of a European flight. The Belarusian foreign ministry added that the suspension of the agreement would have a "negative impact" on fighting illegal migration and organized crime as Belarus shares a border with EU members Poland and Lithuania.

As most of the migrants coming to Lithuania are from Iraq, Michel said he would speak with the Iraqi prime minister later this week in an effort to repatriate the individuals.

"We will also be in contact with other origin countries to see how ... to cooperate more with these countries to send the signal that it is not possible to come here using illegal tools and illegal instruments," he added.

Last month, the Lithuanian military set up several tents for the migrants to cope with the increased numbers. The interior ministry says it plans to expand the camp to accommodate "thousands" of migrants.

The number of guards from the EU border agency Frontex deployed on the border with Belarus is expected to increase to 30 later this month. EU and NATO member Lithuania has become a hub for the Belarusian opposition, providing a safe haven for Svetlana Tikhanovskaya who fled there after claiming to have defeated Lukashenko in the disputed August 9, 2020, presidential election.