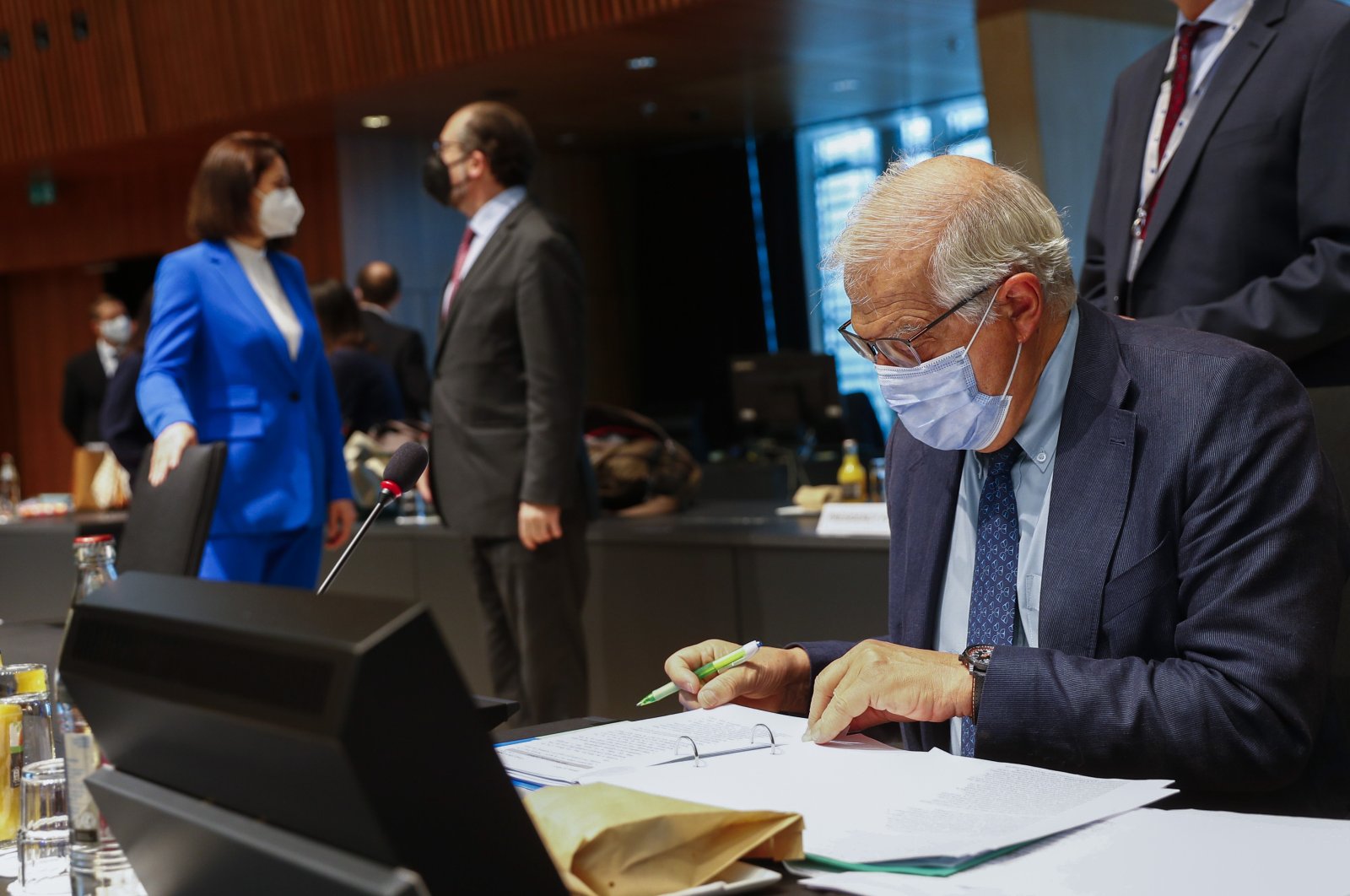 The United States on Monday imposed Belarus-related sanctions on 16 individuals and five entities, according to the U.S. Treasury Department website, increasing pressure on Belarus President Alexander Lukashenko in the aftermath of his country's forceful diversion of a passenger plane and subsequent arrest of an opposition blogger.

Separately, the EU put seven Belarusian officials, including the ministers of defense and transport, to an asset freeze and visa ban blacklist over the forced landing of a Ryanair plane. The bloc also added a further 71 individuals – including Russian tycoon Mikhail Gutseriyev, Lukashenko's son Dmitry and daughter-in-law Liliya – for ties to the government's sweeping crackdown on the opposition or for supporting the regime, the EU's officials journal said.

The agreement, struck at a meeting in Luxembourg, follows weeks of tough negotiations over which economic actors to hit. Luxembourg's Foreign Minister Jean Asselborn said a total of seven cash cow areas will be hit, including tobacco, potash – a potassium-rich salt used in fertilizer – petroleum products and financial services.

"I think these are sanctions that will hurt. And I hope they hurt so much that they bring the regime to its knees," Asselborn told journalists before the meeting.

German Foreign Minister Heiko Maas said the move would "contribute to financially drying out the regime."

"I am very satisfied that the European Union today has delivered with regard to Belarus," Maas told reporters, adding the sanctions were designed to severely hit sectors of the Belarusian economy.

The move is the latest response to the forced landing of a Ryanair flight and the arrest of a Belarusian dissident blogger last month. The EU already sealed off its airspace to carriers from its eastern neighbor. The punitive measures must still be formally adopted, but their basic remit is now fixed. However, it is unclear exactly when they will be implemented, according to Asselborn.

"We need a bit of time to translate this into reality."

Britain added several senior Belarusian officials and entities, including an exporter of oil products, to its sanctions list on Monday.

"The UK, in parallel with the US, Canada and EU, has imposed sanctions against seven individuals and one entity from the Belarusian regime in response to the detention of journalist Roman Protasevich and Sofia Sapega following the unlawful diversion of Ryanair flight FR4978 in May 2021," a foreign office statement said. "Four individuals and one entity have also been designated in response to the continued suppression of democracy and human rights in Belarus by Lukashenko and his regime."

Belarusian opposition leader Svetlana Tikhanovskaya, who has been calling for tough EU measures, also spoke with the ministers in Luxembourg.

"Sanctions aren't a silver bullet, but they can help to end violence and release people," she tweeted.

Tikhanovskaya currently lives in exile in Lithuania. She is considered by many to be the winner of the disputed presidential election of August 9, 2020, after which Lukashenko had himself proclaimed president again. The EU no longer recognizes him as head of state and claims the poll was neither free nor fair.

The bloc has been calling for the release of Roman Protasevich and his girlfriend Sofia Sapega, both of whom were detained after being hauled off the Vilnius-bound Ryanair flight, along with hundreds of political prisoners.

Due to the ongoing repression of the democracy movement in Belarus, the EU already adopted several packages of sanctions targeting Lukashenko's supporters last year, as well as the president himself.

UN Human Rights Commissioner Michelle Bachelet voiced concern on Monday about a continued deterioration in the country highlighting "severe restrictions" to freedom of expression and assembly, worrisome raids on civil society and media and judicial persecution of activists and journalists.

"We continue to receive numerous allegations of arbitrary arrests and detentions, torture and ill-treatment," she said in a statement.

The 66-year-old Lukashenko has led Belarus – a former Soviet republic in Eastern Europe bordering EU states Poland, Lithuania and Latvia – for more than a quarter of a century, tolerating little dissent.

Minsk has grown closer to Moscow in recent years. But Lukashenko has also maintained relations with EU partners in his almost 27 years in power.