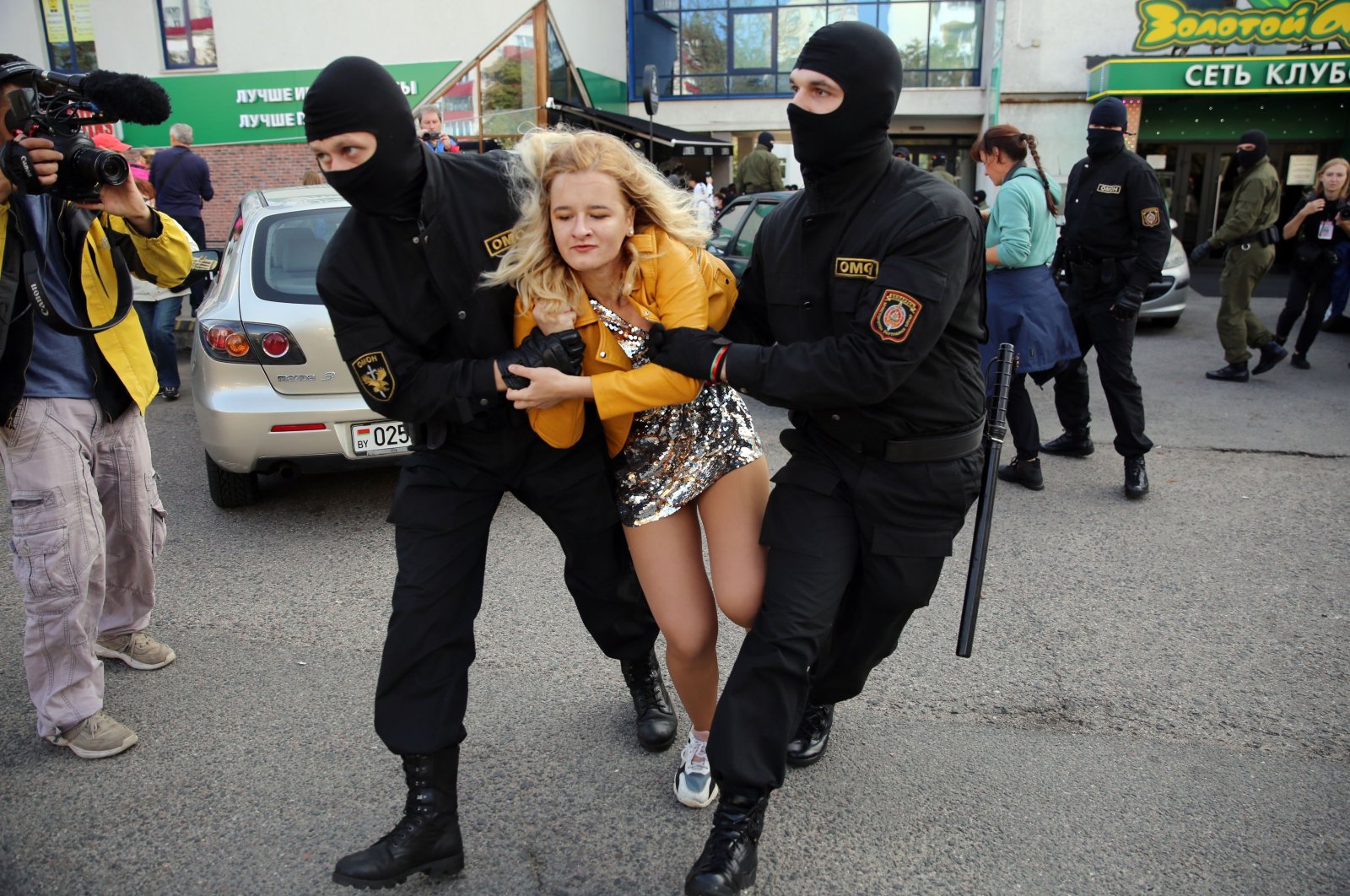 Riot police detain a woman during a rally to protest against the Belarus presidential election results in Minsk on September 19, 2020. (AFP Photo)
by REUTERS Sep 19, 2020 5:59 pm

Belarusian police detained hundreds of protesters in central Minsk Saturday, a witness said, as around 2,000 people marched through the city demanding that President Alexander Lukashenko step down.

Belarus, a former Soviet republic closely allied with Russia, has been rocked by massive street protests since Lukashenko claimed a landslide victory in an Aug. 9 presidential election that his opponents say was rigged. He denies their accusation.

Saturday's protesters, most of them women, briefly scuffled with police who then blocked their path and started picking people one by one out of the crowd, the witness said.

In one location, dozens of female protesters could be seen encircled by men in green uniforms and black balaclavas outside a shopping mall as they shouted "Only cowards beat women."

Among the detained was 73-year-old opposition activist Nina Baginskaya who has become an icon of the protest movement after scuffling with armed policemen last month.

One female protester was taken away in an ambulance after lying on the ground, apparently unconscious.

Lukashenko's crackdown on the protests has prompted the European Union to weigh fresh sanctions against his government.

The president, who has ruled Belarus for 26 years, says the protesters are being backed by foreign powers. Earlier this month he secured a $1.5 billion lifeline from Moscow.