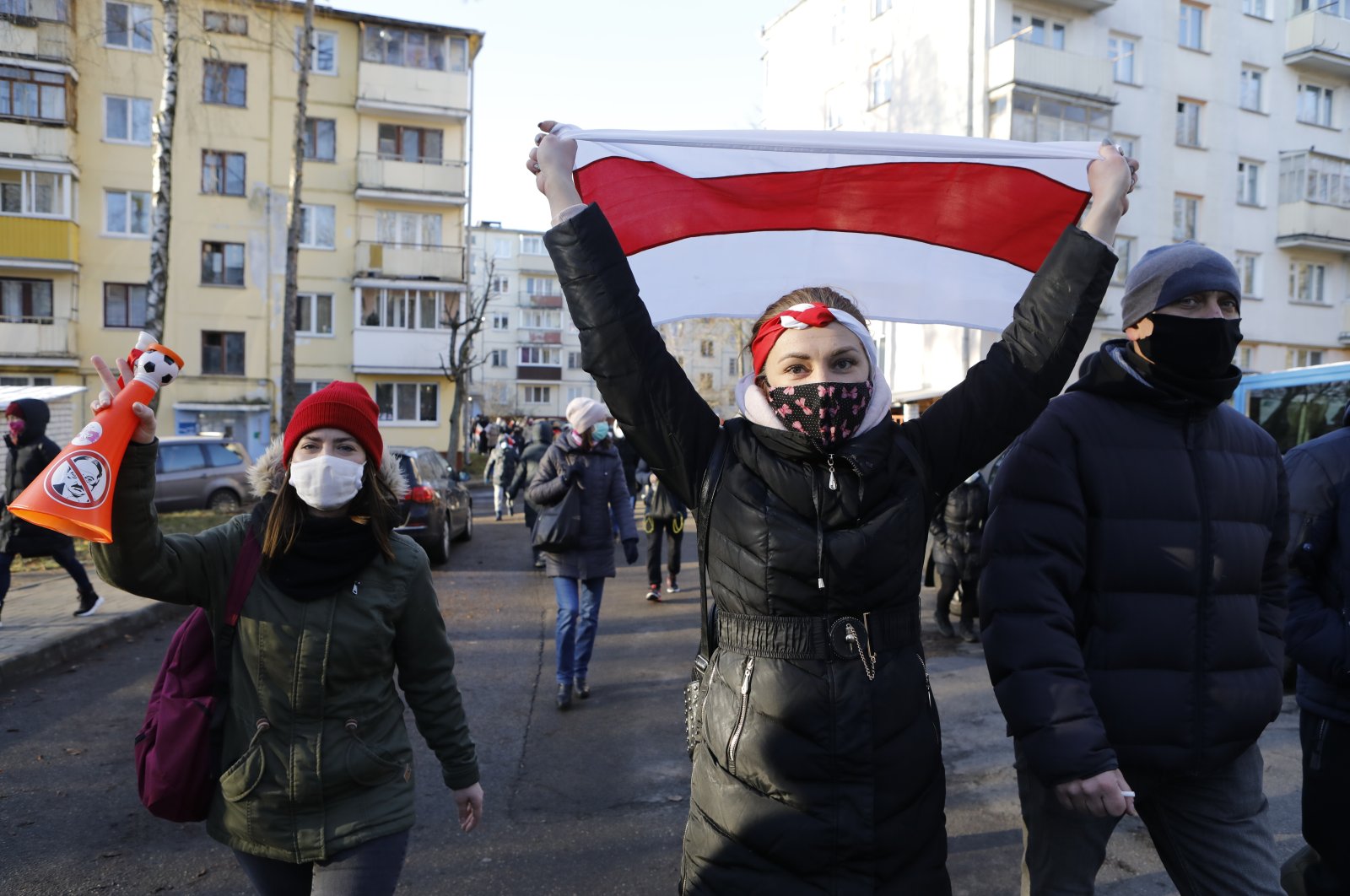 More than 120 marches took place in the Belarus capital Minsk and other cities on Sunday, with numbers at each ranging from dozens to several hundred, according to local news outlet Nasha Niva. Police regularly arrest participants, issuing numbers of detainees on Mondays.

Some protesters marched in outlying residential areas of Minsk, waving white flags with a red stripe in the middle, a symbol of the opposition, and shouting "long live Belarus." In several places, groups of protesters were led by people wearing Santa Claus costumes.

More than 30,000 people have been detained in Belarus since the start of the protests in August, according to opposition leaders. Four people are reported to have died as the result of the government's crackdown on demonstrators and opposition supporters.

Lukashenko has been in power for 26 years. The European Union imposed travel bans and asset freezes on almost 50 Belarusian officials in protest over the election the West says was rigged and over Lukashenko's crackdown on opponents.

Mass protests have gripped Belarus, an ex-Soviet nation of 9.5 million people, ever since official results from the Aug. 9 presidential election gave Lukashenko a landslide victory over his widely popular opponent, Sviatlana Tsikhanouskaya. She and her supporters refused to recognize the result, saying the vote was riddled with fraud, and some poll workers came forward to detail how the election was rigged in their areas.

Authorities have cracked down hard on the largely peaceful demonstrations, the biggest of which attracted up to 200,000 people. Police have used stun grenades, tear gas and truncheons to disperse the rallies.

This was the first Sunday in over four months of protests when subway stations in Minsk was not closed ahead of the demonstrations and internet access wasn't restricted.

Videos of the rallies posted on social media showed security forces chasing and detaining protesters in courtyards in residential areas. One journalist was detained, the Belarusian Association of Journalists said.

Protesters believe the constant repression of their movement won't help Lukashenko, who has been in office for 26 years, hold on to power for much longer.

"Lukashenko will not be able to hold on to power for a long time with repressions and violence. The majority of Belarusians don't believe him anymore, he has become toxic and his departure is only a matter of time and our persistence,” Alena Turavets, one of those rallying in Minsk on Sunday, told The Associated Press (AP).

"Tens of thousands of Belarusians have already gone through detentions, torture and paid a high price for freedom," Turavets said.