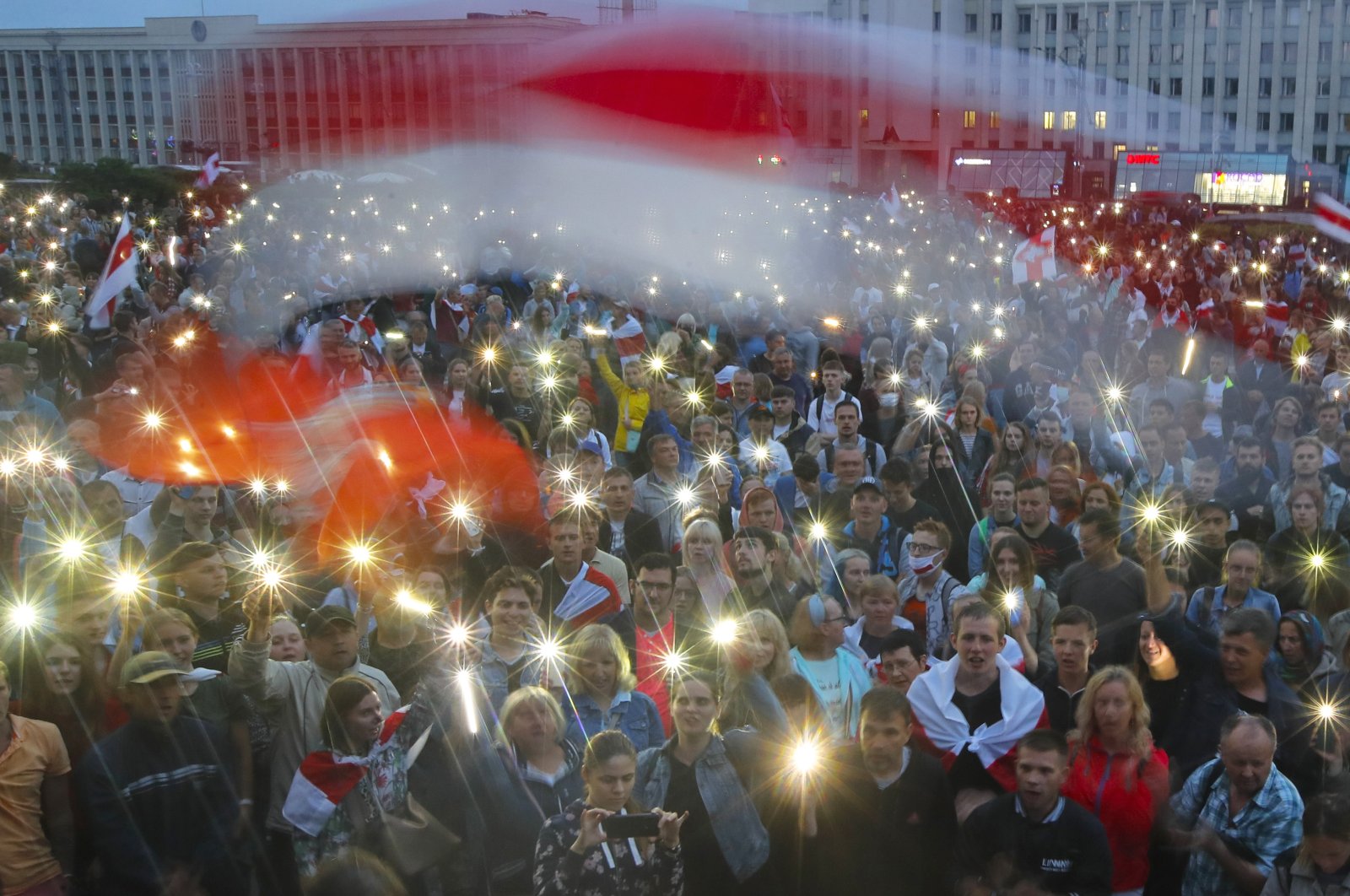 Nearly three months after Belarus' authoritarian president's re-election to a sixth term in a vote widely seen as rigged, demonstrators keep swarming the streets of Belarusian cities to demand his resignation in the most massive and sustained wave of protests the ex-Soviet nation has ever seen.

While President Alexander Lukashenko has relied on massive arrests and intimidation tactics to hold on to power, the continuing rallies have cast an unprecedented challenge to his 26-year rule.

Authorities have responded to protests triggered by the Aug. 9 election that gave Lukashenko a landslide victory over Sviatlana Tsikhanouskaya by unleashing a violent post-election crackdown. Police dispersed peaceful demonstrators with stun grenades and rubber bullets, detained thousands and beat hundreds, which caused protests to swell and prompted the U.S. and the European Union to introduce sanctions against Belarusian officials.

Tsikhanouskaya, who went to Lithuania after the vote under pressure from authorities, called for a nationwide strike this week that so far has failed to halt production at state-run industrial plants forming the backbone of the Belarusian economy. But observers predict that economic troubles amid a surge in coronavirus infections will fuel discontent and steadily erode Lukashenko's grip on power.

By putting forward an ultimatum to Lukashenko to resign by Oct. 25 or face the strike, Tsikhanouskaya has managed to mobilize and re-invigorate her supporters after nearly three months of protests. About 200,000 demonstrators flooded the Belarusian capital last Sunday, one of the biggest rallies since the protests began. Another massive protest is planned for this Sunday.

Authorities, meanwhile, have focused on derailing the opposition efforts to stage strikes at major state factories. They have moved methodically to arrest strike organizers, threatened workers with dismissals for joining the action and deployed officers of the State Security Committee still known under its Soviet name KGB to monitor the situation at industrial plants.

Lukashenko this week charged that “a terrorist war” is being waged against the government “on some fronts,” accusing the largely peaceful protesters of "radicalizing." Following his orders, over 300 students are facing dismissal from their universities for taking part in protests.

While thousands of students and retirees took to the streets in Minsk pressing for Lukashenko's resignation, and some small business owners closed their doors earlier this week, most state enterprises have continued to operate as usual.

“The scared workers couldn’t be expected to back the opposition’s political demands,” said Alexander Yaroshuk, the leader of the Congress of Democratic Unions, an association of independent labor unions. “The opposition only has managed to create some hotbeds of strikes at factories, which already can be considered a big achievement in conditions when KGB officers have flooded factory shops and raised pressure on strike organizing committees.”

But Yaroshuk noted that even though the nationwide strike hasn't materialized, the economic stagnation will likely foment unrest in the coming months.

“The worsening economic situation could transform isolated hotbeds into the flames of a real strike,” he said.

According to the official statistics, the Belarusian economy has contracted by 1.3% in the first nine months of the year as the nation's main export markets have shrunk under the impact of the coronavirus pandemic.

“The economy is becoming Lukashenko's main enemy,” said Minsk-based analyst Valery Karbalevich. “Lukashenko needs money to pay workers for their loyalty and law enforcement officers for their brutality. His regime is quickly running out of cash and losing support.”

Faced with the opposition's ultimatum and the threat of a nationwide strike, Belarus on Thursday shut its borders with Latvia, Lithuania, Poland and Ukraine for most visitors. Lukashenko also reshuffled his top officials this week, appointing Interior Minister Yuri Karayev and Security Council Secretary Valery Vakulchik as his envoys to the westernmost Grodno and Brest regions bordering Poland and Lithuania.

“Lukashenko can't trust local authorities in western regions, and so he has to put his trusted law enforcement officials in charge there,” Viachorka said.

Viachorka also argued that the reshuffle may reflect Lukashenko's fear that his main ally and sponsor, Russia, could be talking to his top lieutenants behind his back.

The Kremlin has backed Lukashenko amid Western pressure and provided a $1.5-billion loan to help refinance Belarus' debt to Russia. But many observers believe that Moscow could reach out quietly to Lukashenko's entourage on a possible successor as his authority crumbles.

“Lukashenko has failed to quash the protests in nearly three months, and that shows the scale of discontent in the country and pushes the Kremlin to search for new scenarios and partners in Belarus,” Karbalevich said. “It opens a window of opportunity for the opposition to hold talks with Moscow, which until that moment has refused to talk to Tsikhanouskaya and her team.”

Viachorka, Tsikhanouskaya's adviser, said that the opposition will continue pushing for the creation of parallel structures of power, “exacerbating the crisis of legitimacy for Lukashenko” and pushing him into talks on a transition of power.