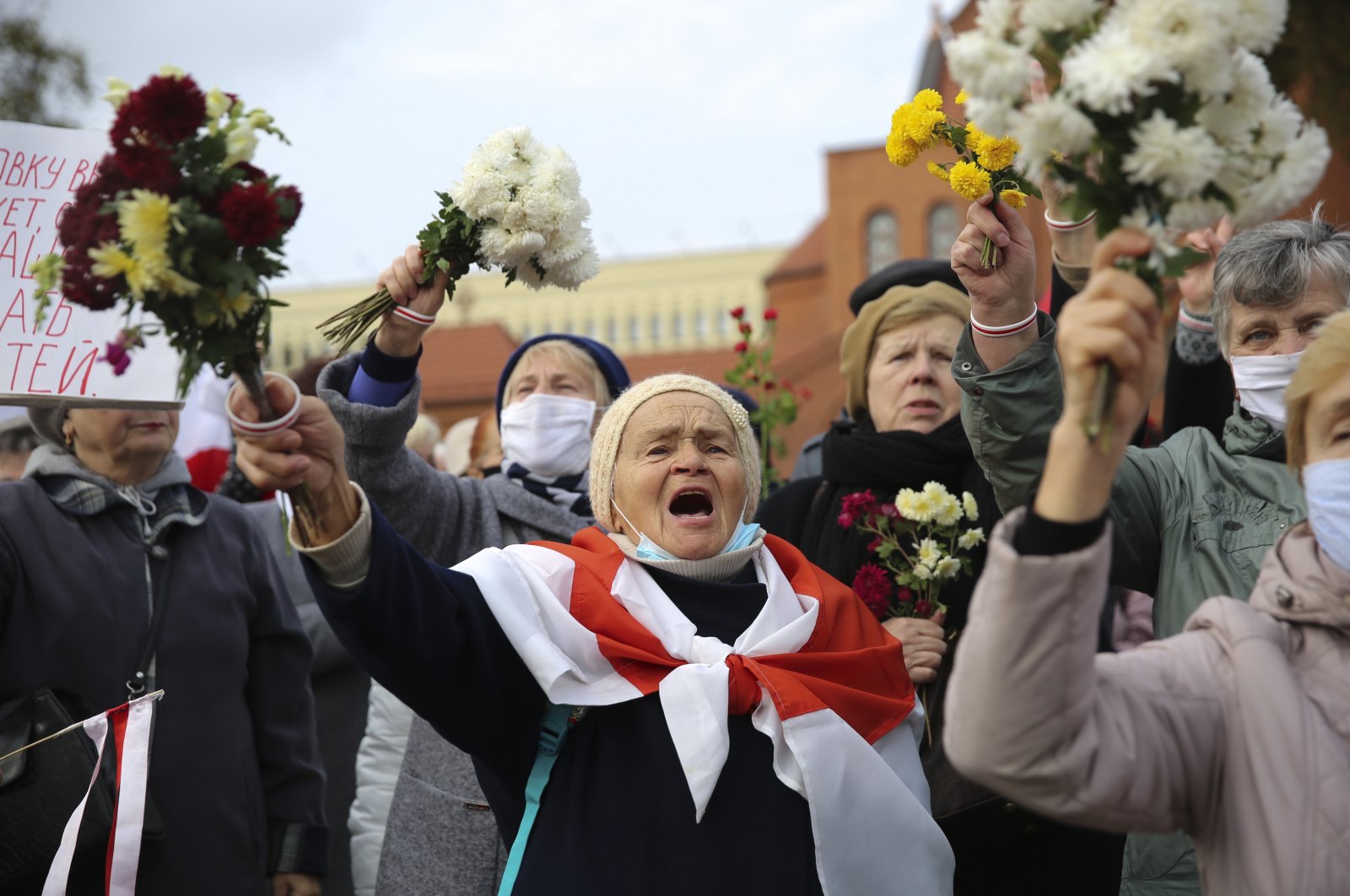 People, most of them pensioners, wave bunches of flowers during an opposition rally to protest the official presidential election results in Minsk, Belarus, Oct. 26, 2020. (AP Photo)
by German Press Agency - DPA
Oct 27, 2020 6:00 pm

Belarus' embattled president, Alexander Lukashenko, said on Tuesday that protesters against his government had committed acts of terrorism and the authorities would conduct an appropriate response.

Lukashenko told a meeting in Minsk that protesters had been blocking railways, which "can lead to serious accidents and the death of many people," according to comments carried by state news agency BelTA.

"These are the actions of organized criminal groups with signs of terrorism," Lukashenko warned, adding, "When the red line is crossed, the government must respond."

There have been mass protests in Minsk every week since a disputed election in early August that opposition supporters have alleged was rigged for Lukashenko to maintain power.

Lukashenko, 66, has led Belarus, a former Soviet republic between Russia and European Union member state Poland, for more than a quarter of a century, tolerating little dissent.