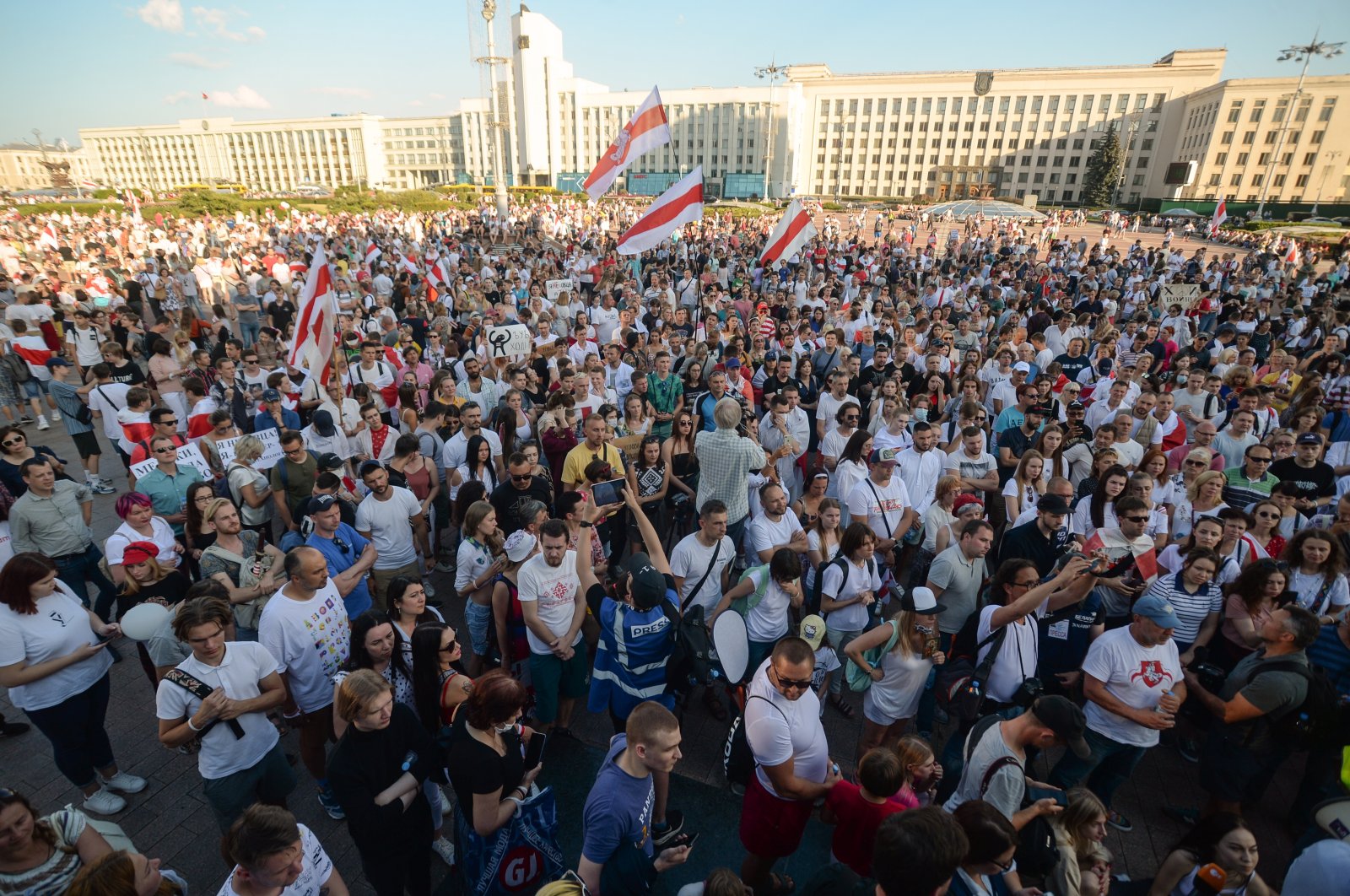 The Belarusian ambassador to Slovakia, who supported protesters rallying against his country's authoritarian president, said Tuesday he has handed in his resignation, a move indicating growing dissent at a high level of government.

Igor Leshchenya said in an interview that it was "a logical move" after he recorded a video statement supporting unprecedented protests that have roiled Belarus for nine days in a row since the Aug. 9 presidential election that gave a sixth term to longtime leader Alexander Lukashenko.

In the statement released on Saturday, Leshchenya expressed "solidarity with those who came out on the streets of Belarusian cities with peaceful marches so that their voice could be heard," said he was shocked by the reports of mass beatings and torture of protesters and accused Belarusian law enforcement of restoring the traditions of the Soviet secret police.

"As an ambassador, I'm appointed by the president, and it is expected that I follow the policies determined by him. The Foreign Ministry (of Belarus) believes my civic stance has gone beyond that,” Leshchenya told independent Belarusian news outlet Tut.by on Tuesday.

Leshchenya, 52, was the first top government official to support the protests against Lukashenko, who won 80% of the votes, according to the official election.

His top challenger, former English teacher Sviatlana Tsikhanouskaya, got only 10% and denounced the vote as rigged, demanding a recount as hundreds of thousands of people poured into the streets all across Belarus in protest.

The rallies have continued despite a brutal response from the police, who in the first four days of demonstrations detained almost 7,000 people and injured hundreds with rubber bullets, stun grenades and clubs. At least two protesters died.

Tsikhanouskaya left the country for Lithuania in a move her campaign said was made under duress. On Monday she announced she was ready to act as a national leader to facilitate a new election.

Lukashenko, who has run the ex-Soviet nation of 9.5 million with an iron fist since 1994, bristled at the idea and refused to cede his post despite the protests growing and attracting more and more people who used to be at the core of his electorate.

More factories announced strikes on Tuesday. In Minsk, the capital, several dozen people gathered in front of a theater to support the troupe that gave notice en masse after the theater's director, Pavel Latushko, was fired for siding with the protesters.

The embattled president said Monday the country could have a new presidential election but only after approving an amended version of its constitution in a nationwide referendum – an apparent bid to buy some time amid the growing political crisis.

Western officials said the elections were neither free nor fair and criticized Belarusian authorities for their violent crackdown on protesters. In Brussels, European Council President Charles Michel said an emergency summit of EU leaders would convene Wednesday to discuss the election and crackdown.

German Chancellor's spokesman Steffen Seibert said in a press release that the two leaders discussed the latest situation in Belarus after the presidential elections held in Aug. 9.

"The chancellor has emphasized that the Belarusian government must refrain from using violence against peaceful demonstrators, release political prisoners immediately and initiate a national dialogue with the opposition and society in order to overcome the crisis,” he said.

In a separate statement, the Kremlin said the two leaders had "an in-depth discussion to focus on the developments in Belarus in the wake of the presidential election.”

"The Russian side stressed that any attempts to interfere in the country’s domestic affairs from the outside leading to a further escalation of the crisis would be unacceptable,” the statement said.

Putin's remarks in a phone call with Macron echoed earlier comments made to German Chancellor.

On Tuesday Lithuania’s parliament overwhelmingly voted for economic sanctions against the regime in neighboring Belarus, saying the presidential election there mustn't be internationally recognized.

"We are sending a strong message to the world today,” Foreign Minister Linas Linkevicius said after the 120-0 vote with two abstentions. Nineteen of the Seimas assembly's 141 members were absent.

Linkevicius added that many shocking stories of beatings and torture start to emerge from Belarus.

"What happened there is not just a human rights abuse, but also crimes that must be investigated and those responsible punished,” Linkevicius said. Lukashenko on Tuesday awarded medals "for impeccable service" to law enforcement officials who have helped him crack down on protesters who have been demanding he step down for the last 10 days.

Last week, the 27 EU foreign ministers decided to start drawing up a list of people who could face sanctions for the violence.

British Foreign Secretary Dominic Raab said in a statement Monday that the U.K. does not accept the results of "this fraudulent presidential election.”

The foreign ministers of Ireland and Canada echoed his sentiment.