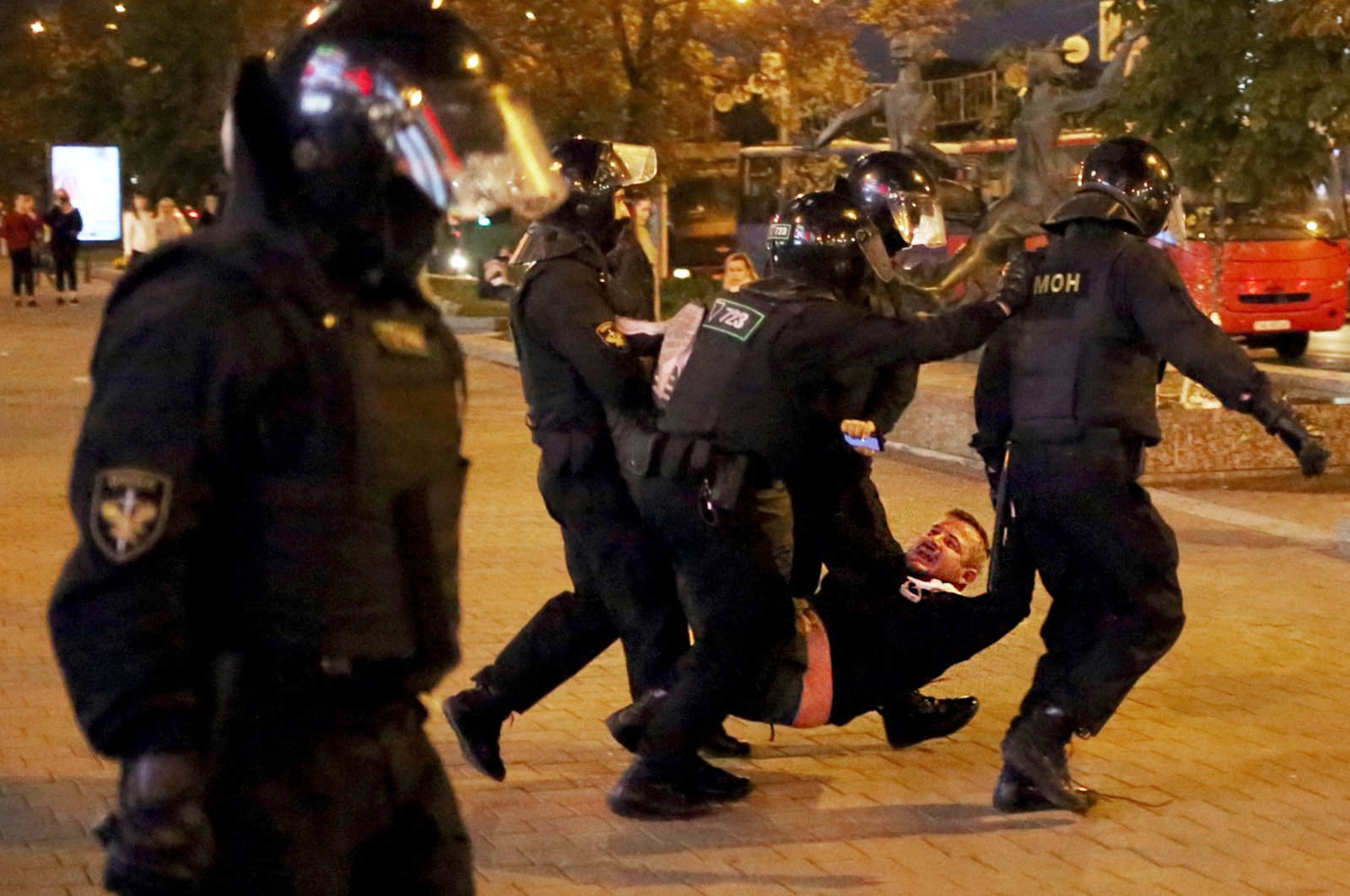 Riot police officers detain a man during an opposition rally to protest against the presidential inauguration in Minsk on September 23, 2020. (AFP Photo)
by REUTERS Sep 24, 2020 4:31 pm
RECOMMENDED

An unnamed Belarusian taxi driver who helped a man escape from riot police during protests against veteran leader Alexander Lukashenko has transfixed social media users who have avidly shared footage of the dramatic incident.

The 16-second video clip, filmed by a Euroradio.fm reporter, features a movie-like pursuit and escape that unfolded in a Minsk residential area Wednesday evening as crowds protested against what they said was the illegitimate inauguration of Lukashenko.

The video, viewed by tens of thousands of people on various online platforms, shows a young man being chased by baton-wielding policemen in riot gear who then manages to jump into a taxi.

The taxi driver, who appeared to be waiting for the traffic lights to change, then apparently makes a split-second judgment, lurches into the opposite lane and briefly mounts the pavement before speeding away despite the angry shouts of the policemen.

Police in Belarus detained 364 people at anti-government protests Wednesday, according to the country's Interior Ministry. The protesters accuse Lukashenko, who has led his country for 26 years, of rigging the Aug. 9 presidential election, a charge he denies.

Lukashenko, 66, was sworn in for a new term in an inauguration held without prior notice and denounced as illegitimate by the opposition, the European Union and the United States.