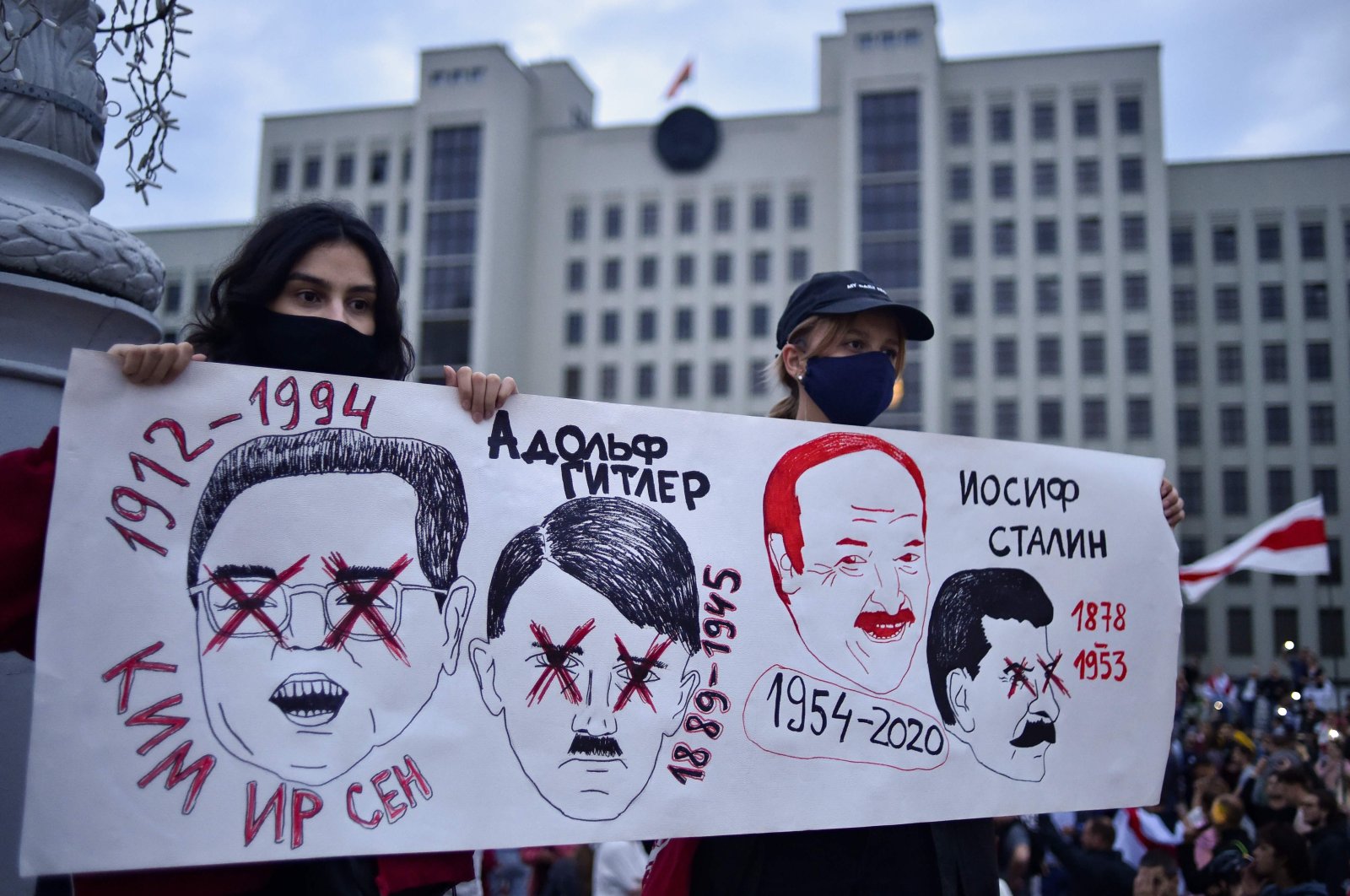 Tikhanovskaya, who ran against Lukashenko in a disputed election on Aug. 9, also said she planned to return to Belarus "when I feel safe there."

The political novice declined to answer questions about her personal safety or about what compelled her to leave Belarus in the aftermath of the election.

Supporters and the Lithuanian government have said she had little choice but to leave after coming under intense pressure from the authorities during a meeting at the Central Election Commission in Minsk.

"It should be clear to the president that there is a need for change. I hope that good sense prevails and the people will be heard and there will be new elections," Tikhanovskaya told reporters.

When asked about Russian support for Lukashenko, she said: "I call on all countries of the world to respect the sovereignty of the Republic of Belarus."

"We don't want to live in fear and falsehoods any more," she said, calling for striking workers to liaise with the coordination council she has appointed to organize pro-democracy protests.

"The creation of the coordination council is aimed at negotiating a peaceful handover of power," she said.

Belarus on Thursday opened a criminal probe into the opposition council, saying it was an unconstitutional attempt to topple Lukashenko. The EU on Friday demanded that Belarus halt the investigation, accusing it of "intimidation."

The EU believes that the results of the Aug. 9 polls, which handed Lukashenko his sixth term with 80% of the vote, "have been falsified,” and the 27-nation bloc is preparing a list of Belarus officials who could be blacklisted from Europe over their roles.

Lukashenko on Friday accused the U.S. of instigating the protests as he visited a state farm to rally support.

"The U.S. is planning and directing everything, and the Europeans are playing up to it,” he said.

Speaking to agricultural workers, Lukashenko derided the opposition as Western puppets and vowed to take steps to quickly end protests.

"You shouldn't worry about that - it's my problem that I must solve. And believe me, we will solve it in the nearest days,” he said. "They mustn't destroy the country, we will not allow that to happen.”

Belarus' Interior Ministry said Friday that Yevgeny Bokhvalov, who organized the strike at the huge Minsk Automobile Plant, was detained, but gave no further details. The factory, which makes heavy trucks, has remained on strike since Monday along with many other industrial plants across the country.