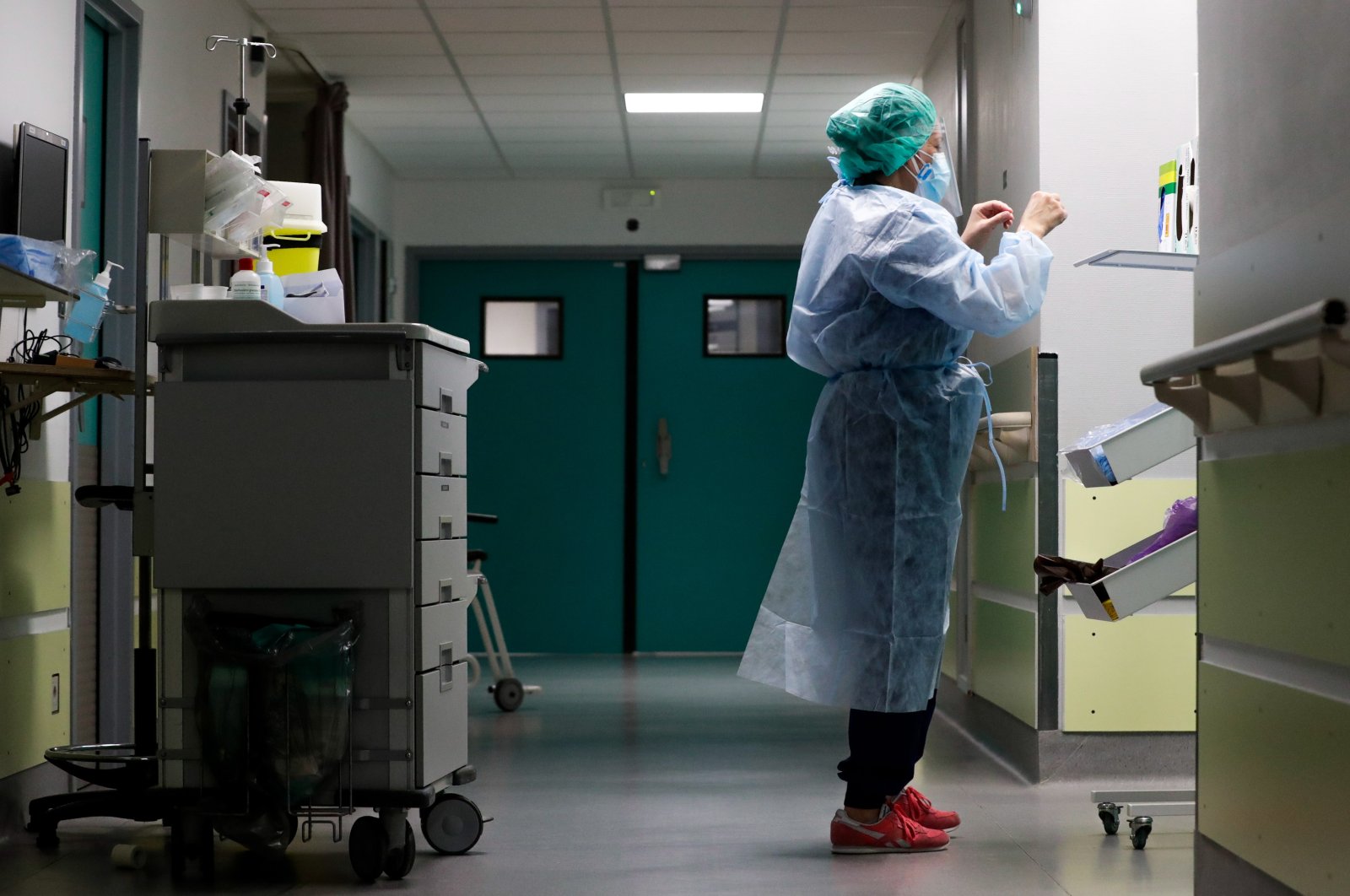 A nurse prepares to provide care to a patient with coronavirus in the COVID-19 hospitalization unit at the Etterbeek-Ixelles site of the Iris Sud Hospitals, Brussels, Oct. 21, 2020. (EPA Photo)
by REUTERS
Oct 26, 2020 6:11 pm

Belgium could run out of beds in intensive care units within two weeks if the number of people in hospitals continues to increase at its current rate, an official said Monday.

The nation of 11 million people has Europe’s second-highest infection rate per capita after the Czech Republic, with new cases doubling every 13 days and hitting a peak of more than 18,000 on Oct. 20, almost a 10-fold increase from the high of the spring wave of the pandemic.

The number of patients in intensive care units (ICUs) is doubling every eight days, to 757 as of Sunday, with 4,827 people in hospitals.

"Within four days, by the end of the week, we should pass the milestone of 1,000 patients in intensive care," Van Laethem said.

"If the curve doesn't change with our behavior, we should reach 2,000 patients in intensive care in two weeks, our maximum capacity."

In the Brussels region, one of the hardest hit in Europe, all sport and cultural facilities including cinemas, museums and theatres are forced to close and residents face a longer curfew from Monday.

Not all of them, however, adhere to the new restrictions.

For Andree Rygaerts, a 58-year-old accountant in Brussels, it's hard to understand the risks of going to the theatre while respecting the measures.

"I think it's a shame because I personally need cultural activities to clear my head, to get through the health situation," Rygaerts told Reuters Television.

Some even say the measures will not stop people from gathering.

"If people want to be together, they will find a way so I think we have to live with it and try to get used to it and hope things get better in a few weeks," 22-year-old pharmacy student Clara Romera told Reuters.

On the same day, 590 people were admitted to hospital in the country, the equivalent of the peak during the first wave of the virus in March and April.