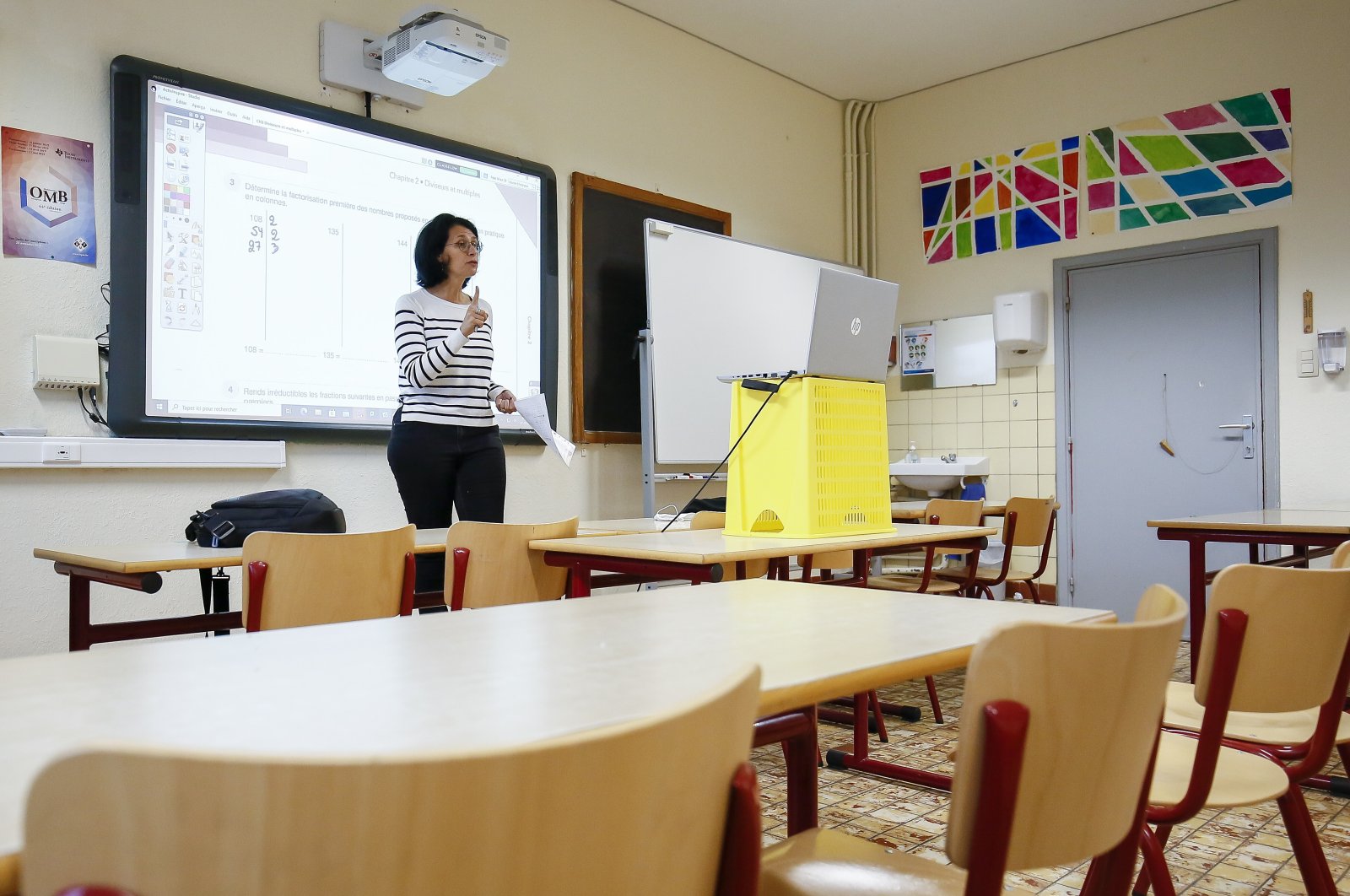 A Brussels district has suspended a teacher who showed a caricature of the Prophet Muhammad while discussing the murder of a French teacher who had used the same image, its spokesman said Friday.

The Belgian teacher, who works in the Brussels district of Molenbeek, showed one of the cartoons previously published by French magazine Charlie Hebdo while explaining Samuel Paty's death.

"Our decision is uniquely based on the fact that these are obscene images. If it had not been of the Prophet we would have done the same thing," said a spokesman for Molenbeek's mayor.

In the image in question, the subject's genitals are visible as he crouches, nude. The school pupils were aged between 10 to 11. "Two or three parents complained," the spokesman said.

The French teacher Paty was killed and beheaded on Oct. 16 in Conflans-Sainte-Honorine, outside Paris, by a Chechen teenager after he was denounced for having shown the cartoons to a class on freedom of expression.

Muslims regard any image of the prophet as blasphemous and a caricature as an offense against their faith. French law is strictly secular and religious belief receives no special protection.

The magazine that originally published the images, Charlie Hebdo, was the target of an attack in 2015 that killed 12 people.

Neighboring Belgium has, like France, seen a number of attacks in recent years.

The mayor's spokesman stressed the suspension was not a punishment, but to preserve good order while a disciplinary procedure is carried out, after which the teacher could face administrative measures.