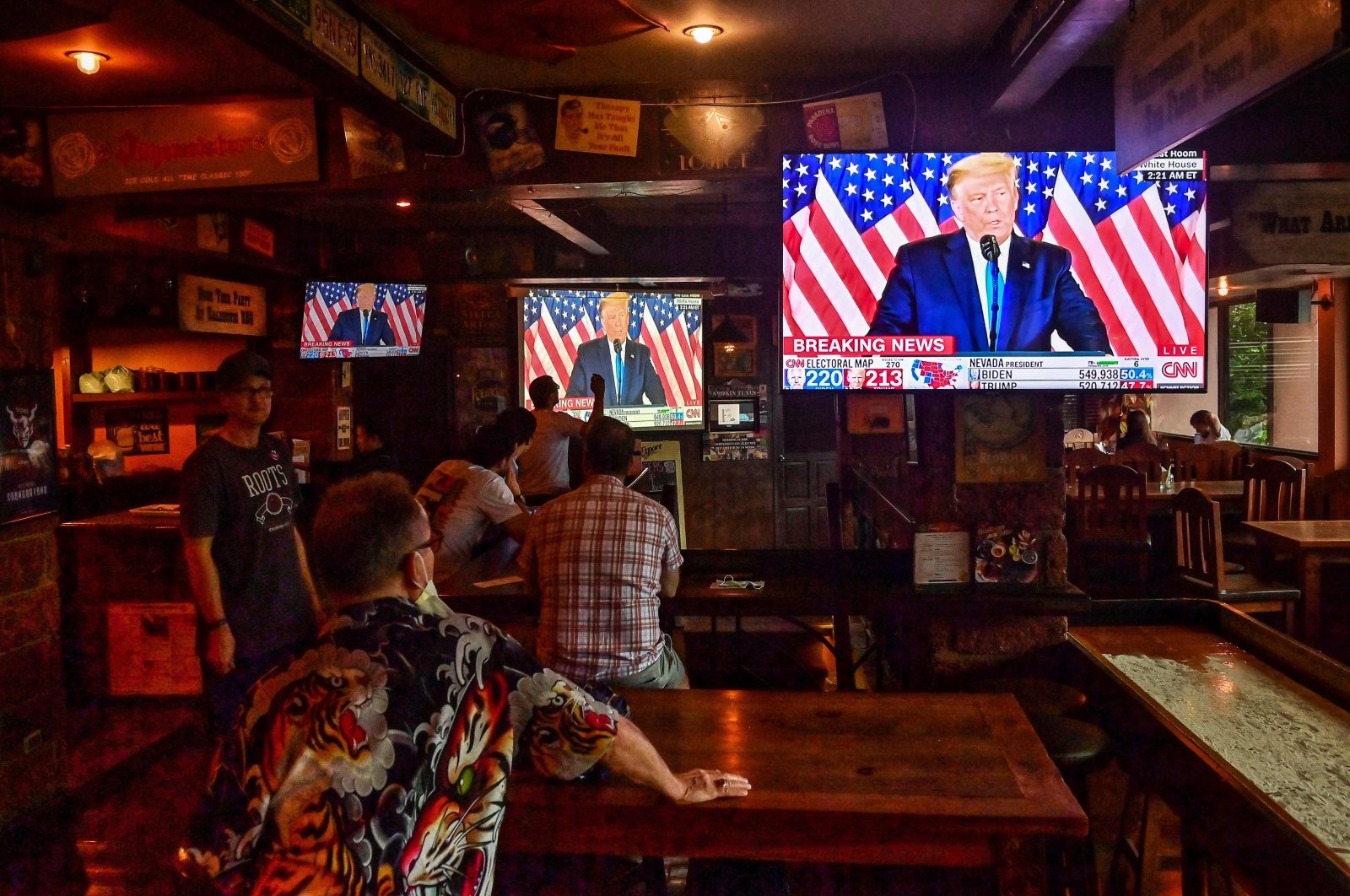 Following Trump's remarks that he will go to the Supreme Court to stop ballots from being tallied, Kramp-Karrenbauer told public broadcaster ZDF, "This election has not been decided ... votes are still being counted."

She said Trump could create "a constitutional crisis in the U.S.," calling such a scenario "something that must deeply concern us."

The minister, who is also head of Chancellor Angela Merkel's Christian Democratic Union (CDU) party, said it appeared "the battle over the legitimacy of the result, however, it turns out, has begun."

She admitted that the German-U.S. relationship had faced "a tough test in the past four years" with fierce Trump criticism of Berlin over trade and military spending.

However, she said, "This friendship is more than a question of which administration is currently in the White House," saying she dismissed calls in Germany to "decouple ourselves from the United States."

"We will have to do a lot more for our own interests – both as Germany and in particular with the other Europeans," Kramp-Karrenbauer said, stressing that regardless of the ultimate outcome of the U.S. vote, Europe would need to become more self-sufficient.

Finance Minister Olaf Scholz echoed the sentiment, saying that given the developments in the U.S., Europe needed to strengthen its own "sovereignty" so that "a rules-based global order can exist."

"That is why we need to take this opportunity to make Europe strong," he told Agence France-Presse (AFP) in Berlin.

The comments came after Trump said he'll take the presidential election to the Supreme Court, making unclear what he meant in a country in which vote tabulations routinely continue beyond Election Day, and states largely set the rules for when the count has to end.

"We'll be going to the U.S. Supreme Court – we want all voting to stop," Trump said early Wednesday.

But the voting is over. It's only counting that is taking place across the nation. No state will count absentee votes that are postmarked after Election Day.

Election law expert Richard Hasen wrote in Slate on Sunday that, "There has never been any basis to claim that a ballot arriving on time cannot be counted if officials cannot finish their count on election night."

In any event, there's no way to go directly to the high court with a claim of fraud. Trump and his campaign could allege problems with the way votes are counted in individual states, but they would have to start their legal fight in a state or lower federal court.

According to The Associated Press (AP), there is a pending Republican appeal at the Supreme Court over whether Pennsylvania can count votes that arrive in the mail between Wednesday and Friday, an extension ordered by the state's top court over the objection of Republicans. That case does not involve ballots already cast and in the possession of election officials, even if they are yet to be counted.

The high court refused before the election to rule out those ballots, but conservative justices indicated they could revisit the issue after the election. The Supreme Court also refused to block an extension for the receipt and counting of absentee ballots in North Carolina beyond the three days set by state law.

Even a small number of contested votes could matter if either state determines the winner of the election and the gap between Trump and Biden is so small that a few thousand votes, or even a few hundred, could make the difference.