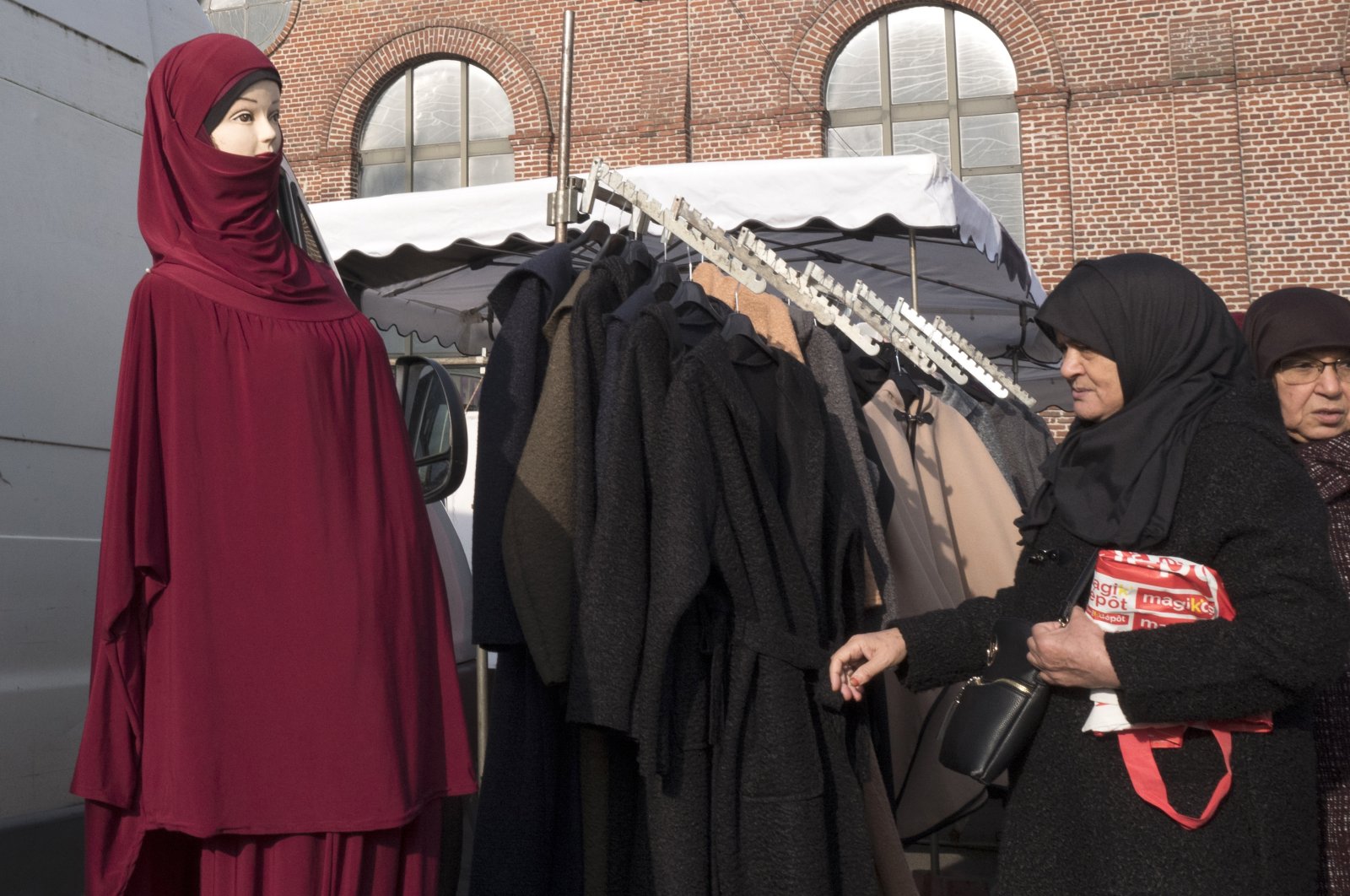 An ongoing debate on a controversial draft of the "separatism bill" has sparked criticism in France, dividing parliamentarians on the question of the face veil and whether to include amendments to ban university students from wearing a veil on school premises.

Several parliamentarians on Tuesday deemed the move to be counterproductive and alienating toward the Muslim community.

Sacha Houlie, a member of President Emmanuel Macron's centrist liberal La Republique En Marche party, warned that prohibiting students and parents from public services and school trips, and preventing their participation in cultural and sporting activities would "be totally counterproductive in relation to the very objective of this text which fought against the separatists" and "would refer these people to their identity" so they "would favor the community withdrawal."

Boris Vallaud, a member of the Socialist Party, also reacted: "Students are users of the public service; this secularism does not apply to them."

"To ban the veil at a university would be to say that all women who wear the veil pose a problem, which would mean we consider that it is Islam which poses a problem," said Pierre Yves Bournazel, an Act Together party member representing Paris.

A 2004 law prohibits the wearing or open display of religious symbols in all French schools, but it does not apply to universities. There is no law banning mothers from wearing the hijab on school trips, but there have been several instances when veiled women were verbally abused or asked to not accompany their wards.

The discussion was ignited by right-wing, conservative Republican party member Eric Ciotti's demand on Tuesday to ban the veil at universities.

"We cannot tolerate that university, the temple of the knowledge of reason and science, can tolerate a garment of enslavement of the woman within it,'' he told the hearing by the special commission examining the text of the bill "confirming respect for the principles of the Republic" at the National Assembly.

The government says the bill presented to the Council of Ministers on Dec. 9 aims to fight "separatism" and radicalization through a series of provisions such as banning polygamy, forced marriages, virginity certificates and homeschooling; controlling foreign funding; making places of worship more transparent; proscribing political meetings in a religious building and fighting against online hate speech and illegal content.

Around 1,700 amendments were presented for discussion ahead of the examination of the bill which began Monday, the majority of which were labeled as "inadmissible." This included an amendment by Aurore Berge and Jean-Baptiste Moreau, members of Macron's party, to ban the wearing of the veil for "little girls" and mothers accompanying school trips, which was eventually rejected.

In a comment to the French daily Le Express, Berge defended her proposed amendment.

"Supporting the improvement of access to abortion and fighting against the veiling of young girls are part of the same fight for the emancipation of women. You cannot be a variable-geometry feminist, or only be one when the battle is on," she said.

Earlier, Macron had warned over such amendments that there was a probable "danger to divert the debate on this question which has no place today" and it had "no relation with the bill."

"And this can lead to a stigmatization of Muslims, while we have repeatedly said it was not a text against the Muslim religion," the daily Le Parisien quoted him as saying at a seminar last week.

Macron has become a target of anger in some Muslim countries, and boycotts of French products began after he defended Charlie Hebdo’s provocative caricatures attacking the Prophet Muhammad and saying Islam is a religion “in crisis.”

The French president also declared a crackdown against Islam, followed by the initiation of deeply divisive policies that target the Muslim community through clampdowns on mosques and Muslim organizations.

France has the largest Muslim minority in Europe, with an estimated 5 million or more Muslims out of a population of 67 million. Since Macron's inauguration as president in 2017, France has become a less liberal country for Muslims. Many French Muslims say that concerns over Islam have spilled over into stigmatization, pointing to issues such as recent rows about young women wearing headscarves appearing before a parliamentary committee or giving cooking tips on television. Macron described Islam as a "deathly ideology" in the wake of attacks by terrorist groups, although groups such as Daesh, which claimed responsibility for many attacks in France, are unequivocally rejected by the Muslim community.