Biggest mafia trial in decades kicks off in Italy 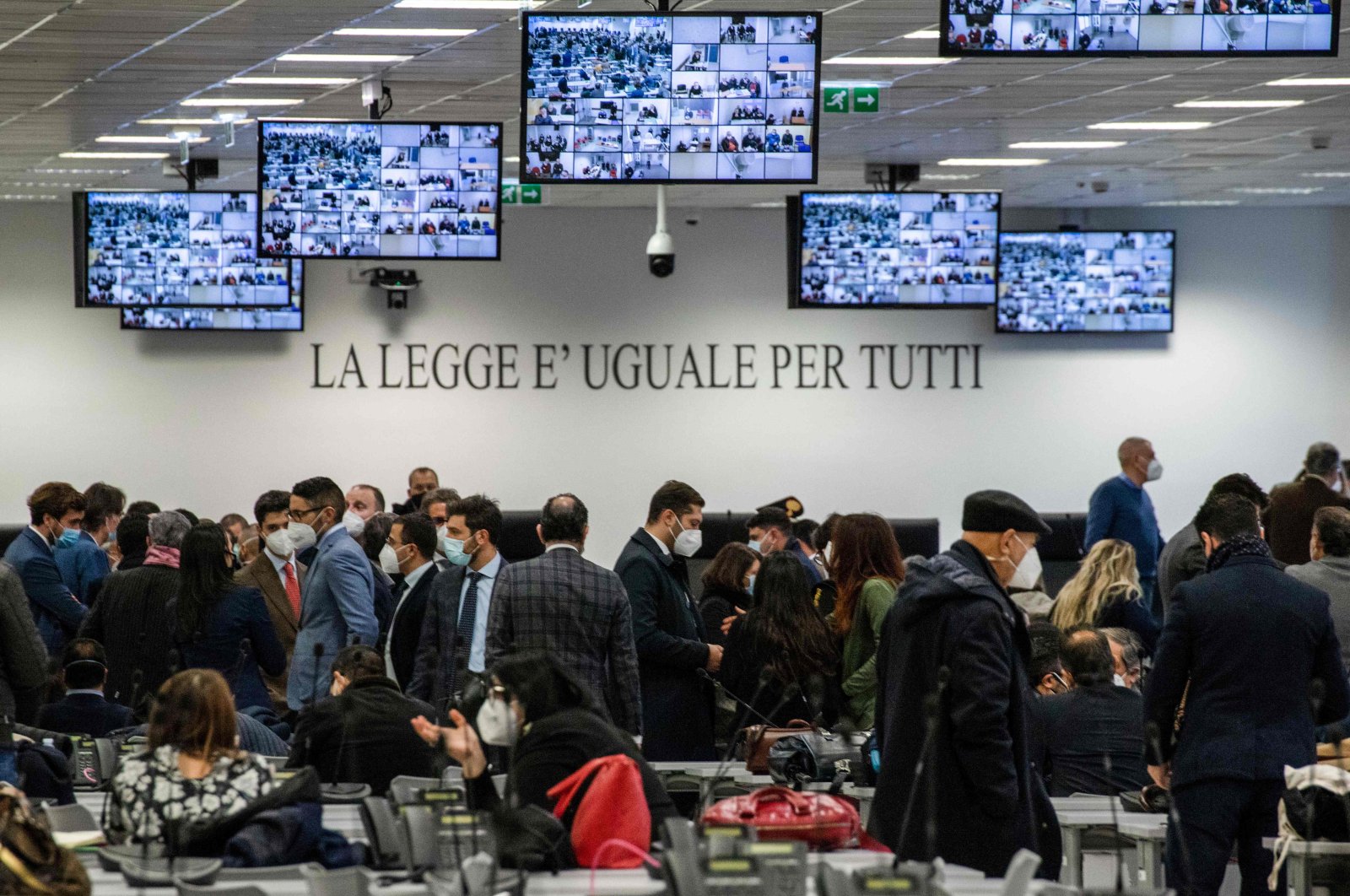 A general view shows a special courtroom on Jan. 13, 2021 prior to the opening of the 'Rinascita-Scott' maxi-trial in which more than 350 alleged members of Calabria's 'Ndrangheta mafia group and their associates go on trial in Lamezia Terme, Calabria. (AFP Photo)
by French Press Agency - AFP Jan 13, 2021 2:48 pm
RECOMMENDED

Italy's largest mafia trial in more than 30 years opened Wednesday, as prosecutors seek to strike a blow against the 'Ndrangheta crime syndicate, whose tentacles reach worldwide.

More than 350 alleged members of the mafia and the politicians, lawyers, businessmen and others accused of enabling them face a judge in a specially converted courtroom in the southern Calabrian town of Lamezia Terme, in the heart of 'Ndrangheta territory.

They are accused of a web of crimes dating back to the 1990s, both bloody and white-collar, including murder, drug trafficking, extortion, money laundering and abuse of office.

Anti-mob prosecutor Nicola Gratteri said it was an "important day," telling reporters outside court that the trial would "give the idea of what the Calabrian mafia is today – no longer a mafia of shepherds dedicated to kidnapping, but a major criminal corporation."

He later sat in the front row of the courtroom as Judge Tiziana Macri began reading out the names of the defendants, none of who attended in person but who participated via video conference, their faces shown on dozens of televisions fitted over lines of grey desks.

In Italy, so-called "maxi-trials," which include scores of defendants and countless charges, are seen as the best judicial resource against the country's various organized crime groups, of which the 'Ndrangheta is now considered the most powerful, controlling the bulk of cocaine flowing into Europe.

The most famous "maxi-trial" of 1986-1987 dealt a major blow to Sicily's Cosa Nostra, resulting in 338 guilty verdicts, but prosecutors Giovanni Falcone and Paolo Borsellino were later assassinated by the mob.

The current trial, expected to last at least a year and likely longer, features 355 defendants, more than 900 prosecution witnesses, and an unprecedented number of collaborators, given the close family ties within the 'Ndrangheta that discourage turncoats.

The 'Ndrangheta has expanded well beyond its traditional domains of drug trafficking and loan sharking, now using shell companies and frontmen to reinvest illegal gains in the legitimate economy. In many parts of Calabria, it has infiltrated practically all areas of public life, from city hall and hospitals to cemeteries and even the courts, experts say. Authorities believe there are some 150 'Ndrangheta families in Calabria and at least 6,000 members and affiliates in the region.

That swells to thousands worldwide, although estimates are unreliable. The organized crime group generates more than 50 billion euros ($61 billion) per year, according to Gratteri, who called it the world's richest such organization.

In an interview with Agence France-Presse (AFP) before the trial opened, the prosecutor described the 'Ndrangheta as a network of families, each of which wields power over subordinates.

"I have to start with the idea that there's an organization, as in a business, as in a large multinational, with a boss and then down, like a pyramid, to all the other members," he said, explaining the need for the "maxi-trial."

Rubbing shoulders with the state

The current trial focuses on one family, the Mancuso group, and its network of associates who control the Vibo Valentia area of Calabria.

The town of Lamezia Terme, where the trial is taking place, was cited in a 2008 parliamentary organized crime report as a public safety emergency zone where the region's "greatest increase in serious bloodshed has been recorded."

Defendants include a high number of non-clan members, including an ex-parliamentarian, a high-ranking police official, mayors and other public servants and businessmen. "The impressive thing is... the power the Mancuso gang has shown in rubbing shoulders with state apparatuses, which were literally at their disposal," Gratteri said following a wave of arrests in December 2019 throughout Italy and Europe that led to the trial.

Criminologist Federico Varese of Oxford University said the trial reflects the wide reach of the 'Ndrangheta, who are embedded in the community and involved in every legal and illicit activity.

"The real strength of these mafia families is they have control of the territory and within the territory they do everything," said Varese. "If you want to open a shop, if you want to build anything, you have to go through them. They are the authority."